There won’t always be an England; in fact, it’s already gone 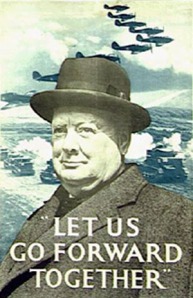 Bank officials fretted that putting Churchill’s face on the  £5 note might offend the Germans. They also worried about the private parts of Jane Austin, but that’s a matter between the bankers and their psychiatrists.

Are our local politicans really this frail? 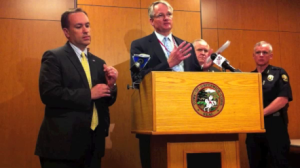 Dr. William McKersie, ostensibly our superintendent of schools but as is increasingly obvious, a man determined to get his way by enmeshing himself in the political process and pulling its levers, recently had this to say about his treatment in town:

A lack of compassion in Greenwich was also noted earlier this month by Superintendent of Schools William McKersie. At an anti-bullying forum attended by three-dozen parents, he discussed incidences of bullying he has witnessed in the 15 months since he moved to the town. He said he has seen bullying behavior not just among youngsters, but also parents and local politicians.

Just two week ago our first selectman complained at a public meeting that he was being bullied by local bloggers. What’s with these too? Harm done to a school child by a peer is awful, can be fatal and should certainly be addressed by the bully’s teachers (and also his or her parents, who raised the kid in the first place). But harsh words directed at an elected official by school board members, parents and bloggers is now labelled “bullying”? Are they that weak, or are they attempting to create a shell to protect themselves against criticism by using the tragic suicide of a young boy for their own purposes? The first is pathetic; the second is disgusting.