Obama brought the country to the edge of default to prevent the Republicans from doing what he’s now doing?

ObamaCare individual mandate headed for postponement. Just a week ago, the fate of the nation depended on the mandate kicking in immediately. Today well, ….

New trial for Skakel based on ineffectiveness of counsel

The state’s going to appeal, but the 136 decision by Superior Court judge Thomas Bishop looks pretty damning to me. Essentially, Mickey Sherman’s* failure to raise a “third-party-culpability” defense by pointing the finger at Michael Skakel’s older brother Thomas, was inexplicable and inexcusable (start at p.35 of memorandum of decision and read down – Thomas was clearly a far more likely suspect than his younger brother)  as was Sherman’s failure to use readily available witnesses to destroy the state’s primary  piece of evidence, the testimony of a man who claimed that Michael had confessed to him when they were in rehab – both witnesses, long after the fact, denied any such confession and this judge found them”entirely credible.” Third, Sherman failed to introduce testimony from a witness who could have provided a convincing alibi for Michael, as that witness was with Michel at the time of the murder.

Nothing I read during the trial convinced me that the brother Thomas couldn’t have just as easily committed the murder as Michael; JudgeBishop strongly implies that Thomas did, in fact commit the crime.

*Mickey was paid $1.6 million for that defense, by the way, according to the decision.

Hey, to a liberal, a wetback’s a wetback

MSNBC anchor: “we got a tape of Ted Cruz coming up – put on some Mexican music.”

Never listed. 2 acre building lot, $4.350 million. That’s pricey, but seems to be the going price for this particular lot, because it sold for $4.040 million in September, 2011. It wasn’t listed then, either, although just as this sale, agents managed to get their commissions. Bless their hearts.

Interesting phenomenon here, by the way, and one I see increasingly: intra-office sales, one agent to another, without ever exposing a property to the competition of the MLS. This one hasn’t left Sotheby’s in the past two transactions, even though four different agents were involved. That’s a great deal for the agents involved because they don’t run the risk of another agent and her client horning in and, to be honest, this sale, at least, seems to have traded about where it should have, so no harm to the seller. My guess is that as the two or three huge firms in town swallow their smaller competitors they’ll have sufficient agents to create their own in-house market, and we’ll see a lot more of this. Eventually, that will hurt homeowners, because a transparent, open marketplace is the only thing that keeps agents honest.

On another note, 167 Bedford Road, reported as having an accepted offer just last week, has been returned to the market. Don’t know what went wrong. This property’s been kicking around a long time, having started at $5 million and now asking $3.695. Looks like it will be around a while longer. 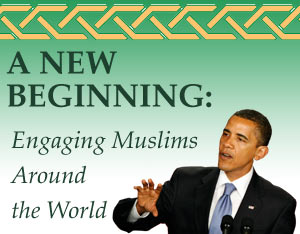 Enraging Muslims around the world

Or amateur hour – you decide. Saudis cut diplomatic relations with the US.  Not many fans of the Saudis over here, I suppose, but they are the glue that keeps our interests (oil, Israel) in the Middle East together. If Obama wanted to dump them, he’d have been better off doing it to them first, with an alternative ready. As it is, it’s almost as though he’s just stumbling around, clueless.

Could be worse: they might have have been made part of the BLT/Sotheyby’s sandwich

The Mickster reports that Greenwich Fine Properties has gone over to Coldwell Banker. This is hardly a surprise; the husband – wife team that owned GFP split long ago and the firm has seemed a bit shaky since. Great agents, but rot starts at the head, and all that. A handful of agents departed last month for Houlihan Lawrence and now it seems, the rest will be serving under Coldwell’s corporate master,Realogy.

In my experience, none of this makes any difference to the agents involved, nor should it to their customers. Brokerages, unlike agents, are all the same.

* A creation, I believe, of James Taranto of Best of the Web, meaning a haiku for departing souls. Like this:

Sold to the banker

407 Round Hill goes to contract

Last asking price was $2.775 million. That’s a drop from its 2011 asking price of $4.9 million but will still represent a decent profit for the seller, who bought this out of foreclosure in 2009 for $1.8 million. This is a tear-down contemporary on 7 acres, which are divided into two levels by a steep hillside. There’s a cellphone tower on the Round Hill Community Church property next door and in front of this one, so your direct communication with both God and the material world are assured; doubtless a plus.

We’ve discussed this property over the years and so there’s not much left to say. Beautiful land; shared driveway, cellphone tower are detractions. But a building lot of this size, tower notwithstanding, is probably a decent value at around $2.5. 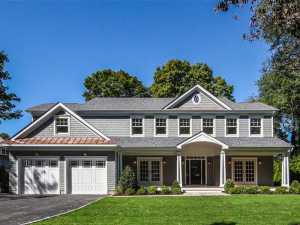 Over in Riverside, however, 3 Hearthstone Drive, $3.125, reports an accepted offer after 28 days. I thought this house was intelligently priced by the agents Russ Pruner and Ken York and the builder, because number 7 Hearthstone, right next door, was built to what I thought was a higher level of finish but was priced at $3.795 when this came on. Figure that number 7 will sell for around $3.4, $3.45 (it’s already dropped to $3.6), then coming in $500,000 lower than 7’s original price opened the door to a broader body of buyers (yes, two puns in one this morning – bonus!) and, assuming the normal negotiation process, that $500,000 – perhaps $400,000 difference will remain. Which seems about right.