He that lieth down with dogs shall rise up with fleas 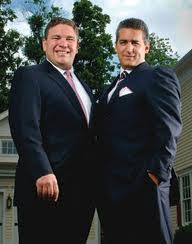 Joey Bagadonuts, a/k/a Joseph Beninati a/k/a Antares Developers, is being sued for stiffing his NYC broker on a $600,000 commission.

Antares’ first foray into New York City property acquisition is already landing the Connecticut-based real estate developer and investor in hot water. A broker who worked on its nearly $24.4 million purchase of a Chelsea development site has accused the firm of stiffing him on commissions.

Christian claims he arranged Antares’ purchase of the 32,000-square-foot commercial building at 515 West 29th Street, between 10th and 11th avenues, as well as two packages of air rights tied to the property, which were bought from investor Peter Fine and the Related Companies.

Christian claims that Antares, which purchased the building in partnership with Bauhouse Group, later inked a agreement for Christian to represent them for a commission.

“I cannot express enough my disappointment in the clients and their betrayal in not paying the commissions due after all the hard work I did to make this deal happen for them,” Christian told The Real Deal.

Antares is the developer behind such mammoth office towers as 100 West Putnam Avenue in Greenwich, Conn. It lost that building to Torchlight Investors in 2012 after it defaulted on several loans attached to the property.

Next up: lawsuits brought by whoever was foolish enough to lend Benenati money on this project.