Off to Riverside (or perhaps further north) until tomorrow night

Mario Batali’s gelato cart will remain, new vendors to include purveyor of $4 ice cream sandwiches – so much more classy that $2 hot dogs.

Besides Batali, celebrities and the swells who accomplished the eviction include “socialite” Veronica Bulgari and actor John Leguizamo, shown here extolling the American dream of opportunity for immigrants. He makes no mention of the Bangladeshi vendor he’s helped toss to make way for high-end snack food, but hey, can’t make an ice cream sandwich without breaking kneecaps. Interesting, both Mario and Mr. Leguizamo have compared their political opponents to dictators. Leguizamo says those who oppose amnesty for illegals are “Nazis”, Batali went one further, lumping Wall Street people to both Hitler and Stalin. The claim to moral superiority among liberals is growing tiresome.

When guns are outlawed, only outlaws will have stun guns 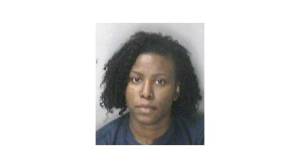 Angry shopper pulls stun gun on another during dispute over shopping cart. Gotta get those Christmas presents ready for the season of good will and peace on earth, I suppose.

A Thanksgiving shopper is facing criminal charges after police say she pulled a stun gun in a dispute over a shopping cart outside of a Walmart store.

… . Police spoke to a victim, a 42 year old from Staten Island, who told officers that she and another woman were having an argument over a shopping cart when the other woman pulled out a stun gun and activated it in a threatening manner.

Police say the woman with the stun gun, Latosha Mathis, 34, of Elizabeth, N.J. was arrested after officers found the TW-11 stun gun in her purse.

School Board to reconsider its decision to curtail winter break. I don’t particularly care what it decides, as I left public school some time ago – 1971, if memory serves. What does tick me off is this:

But if the board chooses to reinstate a full winter break in 2014-15, the following school year could still mark the end of a week-long winter recess. A new state law calls for the implementation of uniform regional school calendars by the 2015-16 school year.

The sate mandates 180 days of instruction for all public school students. Fine; what could be more of a local decision, though, than determining how those days will be spread throughout the year? What business is it of the state?

Zoot alor! Give him back his money!

Angry French tenant explains to his landlord why he (was) entitled to the return of his security deposit.

That’s ’cause Amazon’s run by greedy capitalists who don’t care about people while ObamaCare is powered by good intentions.

Comments Off on Amazon’s open for business this morning – Obamacare? Er, ….