Connecticut leads the nation in people moving out. New York is second.

NBC’s chief medical editor Nancy Snyderman says it is the “patriotic duty” of every American to sign up for ObamaCare.

Some supporters of President Barack Obama’s health-care overhaul say that putting uninsured Americans on Medicaid will reduce costly emergency-room visits by giving them more access to care in other settings.

But a new study found the reverse: A group of 10,000 low-income Oregon residents who recently obtained Medicaid coverage visited ERs 40% more often than those without insurance.

The new Medicaid recipients used ERs more often for all kinds of health issues, including problems that could have been treated in doctors’ offices during business hours, according to the study published Thursday in the journal Science. Earlier studies had found the same patients used more of other medical services as well.

In the latest study, which is based on records of 25,000 lottery participants, the authors said the increase in ER visits wasn’t surprising, because Medicaid made them effectively free. “As I tell my economics students, when something is free, people use more of it,” said Dr. Finkelstein.

By comparison, check out this story of patients declining treatment when they learn that they’ll have to pay for it. Chest X-ray for someone who’s got a cough, admission for someone who “felt chest pain” but wasn’t having a heart attack, these and more were deemed non-essential by the patients demanding them once they discovered that they wouldn’t be free.

I suppose mine on Heidegger’s “Being and Time” could be, “we’re all gonna die”

And I’ll prove it by doing so myself

College students asked to summarize their thesis in one sentence. Pretty funny.

Jellyfish don’t like it when you acidify their tank.
–          Marine Biology, St Andrews

Look at this zombie. Isn’t it racist and sexist? Yes, it is.
–          English Literature, DePaul University

FML: All my feelings are constructed.
–          Religion & Women and Gender Studies, Harvard

People get really bored listening to beeping for an hour, but they’ll do it when professors require experiment credit.
–          Psychology, University of Chicago

Once there were some lost lobsters who were maybe a tiny bit different from some other lobsters, so I killed lots of their larvae to find out if they were actually a tiny bit different. Turns out I don’t know, so I have to do it again.
–          Earth Systems, Stanford University

Just because there’s a bike lane on your street doesn’t mean your rent will be higher. Or lower. Bikes are statistically insignificant to your rent.
–          Economics, Reed College

Online ads that claim you are the 100000th visitor are surprisingly effective.
–          Computer Science, Harvard

There was this Hittite king who might or might not have had a son, but definitely moved his seat of government from one place to another, and then his brother moved it back, and all 8 people who care are like “Why’d he do that? Tevs.”
–          Cuneiform Studies, University of Chicago

It was grey, and rather stringy, as I remember

This fox tail will be just the thing

Now would I take something that didn’t belong to me?

City Treasurer awarding no-bid contract to friend and tenant in Treasurer’s office building. Theft of funds, coverup, all the usual. We don’t get much news down here about what’s happening in the den of thieves on the Connecticut River, but it’s nice to learn that it’s still business as usual. CT Public Radio has the background story.

Republicans: the party with a difference 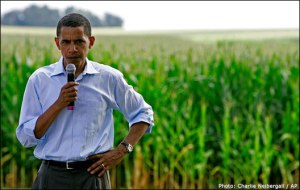 We’re finally getting some bipartisanship here: everybody loves subsidies.

Although few can discern what that is. Midwestern governors, five Republicans, one Democrat, defend the ethanol requirement as “essential”.

All of which is patently false, unless you consider forcing consumers to pay more for their gasoline and ruin their engines to be an exercise in “providing them a choice”.

Providing evidence of their claims, the governors point to an Iowa State University estimate that says “corn prices alone could drop 19 cents per bushel based on the proposed rule, which could bring corn prices below the cost of production for many farmers. The proposed EPA rule could also cause a ripple effect on agribusiness, our communities, and the entire economy.” …

Hmm – it would seem that if the price of corn were to fall, food prices would follow suit, but that’s old-syle economics.

But how could this be?

But cheer up, France’s socialist president François HollandeFrancois has admited that taxes have become “too heavy, much too heavy” and says he’ll get around to fixing that, someday.

Meanwhile, Hollande’s pet revenue enhancer,  the country’s new 75% tax on millionaires and corporations, kicks in today. That’ll fix things. Trouble in paradise? Hardly – France is on the brink of achieving exactly what progressives have demanded for the past century. Success is in hand.

West Virginia county is attempting to impose a dress code on its teachers but the union chief says it’d be impossible to teach and remember not to wear spandex shorts to school.

During that fracas, former West Virginia Education Association president Tom Lange argued that teachers can’t be expected to do their jobs competently and also dress respectably.

From what I understand about West Virginia’s abysmal schools and the quality of its teachers, Mr. Lange probably has a point.

From that old commie and Castro pal Harry Belafonte to a Brooklyn pastor, yesterday’s inauguration was an unbroken tirade against the outgoing mayor’s racism and heartless treatment of the poor. It’s not what they said or their rudeness – that’s expected; but the fact that, knowing what they’d say, De Blasio invited them anyway should disturb those who work for their income in NYC. “Redistribution Day” has arrived.

Of course, New Yorkers elected De Blasio by an overwhelming margin, so I’m not particularly upset by what they have coming to them.

Well then, we can expect huge changes in the NSA

I can hear you now – maybe not later, though.

Former NSA chief urges Obama to reject most of the recommendations of the NSA reform panel.

WASHINGTON — Retired general Michael Hayden, former director of the National Security Agency and the Central Intelligence Agency, called on President Obama Monday to reject many of the recommendations of the commission he appointed to rein in NSA surveillance operations.

“President Obama now has the burden of simply doing the right thing,” Hayden told USA TODAY’s Capital Download. “And I think some of the right things with regard to the commission’s recommendations are not the popular things. They may not poll real well right now. They’ll poll damn well after the next attack, all right?”

“Here I think it’s going to require some political courage,” said Hayden, 68, a retired Air Force general whose service in the nation’s top intelligence posts gives him particular standing. “Frankly, the president is going to have to use some of his personal and political capital to keep doing these things.”

Gee, which reason do you think explains it?

The Chris Dodd full employment bill is crucial, not just for me, but for every lobbyist everywhere!

In an almost annual ritual, Congress was set to let a package of 55 popular tax breaks expire at the end of 2013, creating uncertainty — once again — for millions of individuals and businesses.

Lawmakers let these tax breaks lapse almost every year, even though they save businesses and individuals billions of dollars. Almost every year, Congress eventually renews them, retroactively, so taxpayers can claim them by the time they file their tax returns.

… Trade groups and tax experts complain that Congress is making it impossible for businesses and individuals to plan for the future. What if lawmakers don’t renew the tax break you depend on? Or what if they change it and you’re no longer eligible?

“It’s a totally ridiculous way to run our tax system,” said Rachelle Bernstein, vice president and tax counsel for the National Retail Federation. “It’s impossible to plan when every year this happens, but yet business has gotten used to that.”

Some of the tax breaks are big, including billions in credits for companies that invest in research and development, generous exemptions for financial institutions doing business overseas, and several breaks that let businesses write off capital investments faster.

Others are more obscure, the benefits targeted to film producers, race track owners, makers of electric motorcycles and teachers who buy classroom supplies with their own money.

There are tax rebates to Puerto Rico and the Virgin Islands from a tax on rum imported into the United States, and a credit for expenses related to railroad track maintenance.

A series of tax breaks promote renewable energy, including a credit for power companies that produce electricity with windmills.

The annual practice of letting these tax breaks expire is a symptom a divided, dysfunctional Congress that struggles to pass routine legislation, said Rep. John Lewis of Georgia, a senior Democrat on the tax-writing House Ways and Means Committee.

“It’s not fair, it’s very hard, it’s very difficult for a business person, a company, to plan, not just for the short term but to do long-term planning,” Lewis said. “It’s shameful.” With Congress on vacation until January, the tax breaks were not renewed before they expired. There is plenty of precedent for Congress to let them expire for months without addressing them. Most recently, they expired at the end of 2011, and Congress didn’t renew them for the entire year, waiting until New Year’s Day 2013 — just in time for taxpayers to claim them on their 2012 returns.

But Congress only renewed the package though the end of 2013.

Why such a short extension? Washington accounting is partly to blame. The two-year extension Congress passed in January cost $76 billion in reduced revenue for the government, according to the nonpartisan Joint Committee on Taxation. Making those tax breaks permanent could add $400 billion or more to the deficit over the next decade.

With budget deficits already high, many in Congress are reluctant to vote for a bill that would add so much red ink. So, they do it slowly, one or two years at time.

More cynically, some people say, “if you just put it in for a year or two, then that keeps the lobbyists having to come back and wine-and-dine the congressmen to get it extended again, and maybe make some campaign contributions,” said Mark Luscombe, principal tax analyst for CCH, a consulting firm based in Riverwoods, Ill. 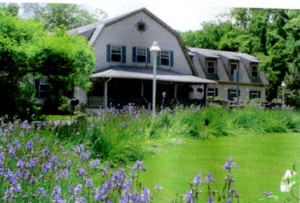 The Greenwich Housing Authority is pressing the town to forgive a loan made to Parsonage Cottage*, and has rejected the BET’s proposal to restructure that  loan rather than forgive it outright.

The authority declined to even discuss the stipulations in their formal response to the BET.

“Some of the conditions we won’t even entertain,” said Yankowich, citing the need to keep the Housing Authority fundamentally independent from town government and control.

Fundamentally independent, to Yankowich and friends, apparently means we have to loan them money and they don’t have to pay it back.

And there’s this to consider: It was a loan repayable over thirty years but …

The initial improvements the loan financed are now over 16 years old and will be in need of repairs themselves in the near future, housing officials say.

So we’re borrowing on 30 years to purchase things that will wear out in 15. They’ll be back.

*History of the cottage here.

Connecticut citizens line up to register their “high capacity” magazines with the state police.

Next up might be the 4th amendment but fortunately America, unlike some nations, would never permit the government to spy on law abiding citizens, just terrorists, and as for them well, if it saves the life of just one child … 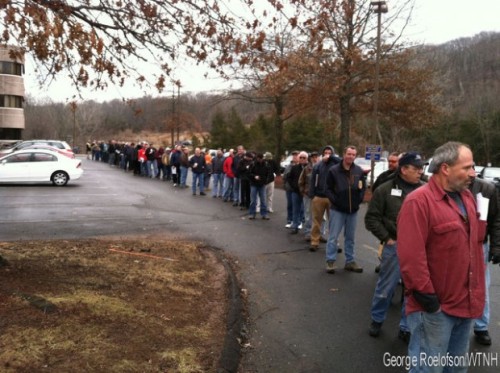 Weimar Republic orders citizens to turn in their weapons