The EPA now claims the authority to change a state’s borders, and has done so 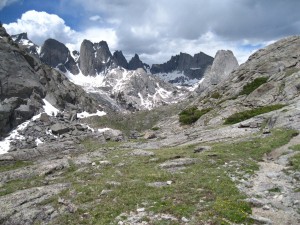 Jackass pass, Wind Rivers. I climbed this in 1973, little realizing that the name would become a memorial to future rulers

The EPA? Yes indeed, they just decreed that a million acres in Wyoming’s Wind River Mountains belongs to the Shoshones, according to the Clean Air Act. For the first couple of hundred years of this country, we had a constitution, and the powers of government were strictly delineated. In a way, they still are today, but those powers have all been assumed by Obama.

3 responses to “The EPA now claims the authority to change a state’s borders, and has done so”