And this blog. Given that it’s insane to ever talk to reporters, this came out fairly harmlessly. I’m not sure I actually “growl”, though, as the reporter claims. My kids think I’m a pussy cat.

I bet our nuclear missile system works the same way

Employee of the month

Metro-North shuts down completely when technician pulls out the wrong plug.

How could such a little mistake with such massive consequences happen? The railroad said Friday it was still working to understand that.

You pay ME a thousand and I’ll consider it 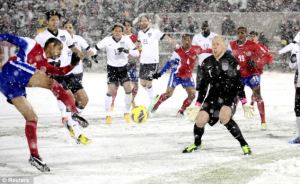 Football in the snow – go, Dallas!

Eight hours outside in the cold watching an hour of football? That’s not priceless, it’s less than worthless – you’d have to pay me to go.

Our tax money at work

Hanging around in Saudi Arabia

Secretary of UN Human Rights Council to discuss “pejorative” name,”Washington Redskins” football team. Apparently there isn’t much pressing on the agenda of the HRC and why should there be, when it includes so many champions of the oppressed?

Current members of the UN Human Rights Council include these examples of humanitarian regimes:

The United States pays 22% of the UN’s general budget and an additional 27% of its “peace keeping” efforts.

Just in case you were wondering.

British pols demand taxpayer reimbursement for every pence they spend.

For example, David Cameron charged the public purse 7p [a pence is worth about 2¢] for a bulldog clip and 38p for a staple remover.

Apart from appearing petty, it also raises the issue of the cost of the bureaucracy involved and whether the PM and his staff ought not be better employed running the country rather than filling in forms to reclaim such piffling amounts.

For Mr Cameron’s bulldog clip wouldn’t have made much of a dent in his estimated £4million fortune, and when you consider the cost of office time processing the claim, it will ultimately have landed taxpayers with a bill around four times the cost price.

So, what other measly items of stationery have MPs claimed from the taxpayer in Westminster’s equivalent of Poundland?

Health Secretary Jeremy Hunt, who recently pocketed £17  million from the sale of an educational resources company in which he had invested, claimed 5p in Parliamentary expenses for a paperclip. He also claimed 8p for a page marker and 41p for a black folder.

And Tristram Hunt, Labour MP for Stoke on Trent Central and Shadow Education Secretary, claimed 4p — the smallest possible amount for mileage — for ‘travel within own constituency’. It was a distance of just 176 yards.

It’s not all car travel, though. Hugh Bayley, Labour MP for York Central, claimed 40p for a two-mile bike ride around his constituency. ‘It’s not free to ride a bicycle,’ he protested when challenged. ‘They have to be maintained.’

Yet people distrust their government.

Homeland Security head: “Illegal aliens have earned the right to be citizens.” 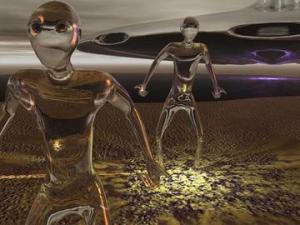 Take me to your liar

That’s what he says, and I’m sure his boss agrees with him, but that’s not the law. Not that that seems to matter anymore.

Barack Obama (net worth, 2007, pre-election, $1.3 million, 2012, after four years in office, $9 million +) will be addressing “The Millionaires Club” (Congress) this week on income inequality. While he’s stuck in dreary, cold Washington, his pals are off at the Sundance Film Festival, whooping it up before returning to the world of the little people to instruct the greedy middle class on why they should sacrifice their labor to support the poor. Here’s a report:

In a subterranean parking garage, hundreds of partygoers are crammed into a makeshift version of Manhattan’s TAO nightclub, drunk on (free) Moët & Chandon rosé and high on life — and other stuff wafting through the air.

“TAO is fun,” remarks one reveler. “It’s even more fun on molly,” adds his pal before Rick Ross ($28 million net worth) takes the stage. The comely crowd goes wild; one blond fan (net worth unknown) starts singing along with the rapper, who, in turn, grabs her head and sucks her face.

Welcome to Park City, Utah, where thousands have jetted in for the Sundance Film Festival, now the biggest party of the year.

And speaking of mansions, Obama fund raiser Jeffrey Katzenberg ($840 million) has a great one, as shown above. Surely not as nice as his home in Beverly Hills ($35 million, before renovations) but the mountain retreat is mostly used on just weekends.

Here’s a nice tidbit from the lives of the save the planet crowd:

“The excesses of Sundance are such that hard-partying visitors don’t even bother with the local drug dealers.

“People just brought the drugs on their private planes,” one NYC-based Sundancer explains matter-of-factly. “I even heard of people taking Special K, and I haven’t heard of that in years,” he adds.

Understand, I don’t begrudge these people a penny of their wealth (well, except for Barack) – God bless America, where folks can still get rich. What does make me angry is their hypocrisy – they’ve made it, they’re living the pampered, CO2-spewing lifestyle they aspired to, and they now want to shut the door and lecture the mobs gathered beneath their balconies on the virtues of self-sacrifice. Bah.