Pension time bomb – we’re the second most underfunded pension system in the country, behind only Illinois. Even we may not be able to beat Illinois, but it won’t be from lack of trying. And to head Farunker off at the pass, I do not blame Malloy for this state of affairs – it’s the inevitable result of literally decades of mismanagement. That said, its the Democrats and the state unions that control them who have been in charge all that time.

Retired Connecticut state employees received the highest annual pensions in the country in 2011, despite contributing less out of their paychecks than the national average. That meant the state’s pension system was the second-most underfunded in the United States, in worse shape than every other state’s except Illinois’.

Connecticut would have to allocate about $70 million in additional funds each year for 18 years to close the funding gap in the major state employees’ pension system, according to actuarial estimates. And that wouldn’t address the $11 billion gap in the teachers’ retirement system, which would need tens of millions of dollars more every year during that same period.

To demonstrate the size of the problem: It would cost each man, woman and child in the state $12,157 to close the $44 billion funding gap afflicting the state’s two largest pension systems and its two retiree health benefit programs. Since the mid-1990s, the state rarely has met its required contribution, although it did so in 2013.

Now, closing the gap means either higher taxes, more borrowing, new sources of revenue or less to spend on education and social services or – more likely – all the above.

“There is a financial time bomb that is ticking,” said Art Renner, executive director of the Connecticut Society of CPAs. “If we continue to let elected officials ignore these problems at some point in time, we are going to find ourselves in a similar situation as Detroit or Illinois, which are in bad shape. We would prefer Connecticut to avoid that.” 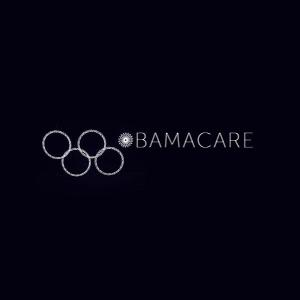 Obama decrees another postponement of the ObamaCare employer mandate, pushing it out yet another year. “And if that gets us past the mid-term elections but puts us too close to the presidential, he’ll just push it back to 2029”, White House spokesman Jay Carney predicted.

Only true Indians can call themselves injun, paleface

Truly a case of knowing its capabilities and limitations. If only that modesty would last. 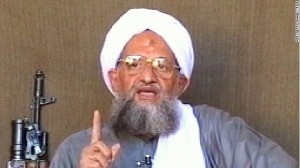 You must first ask yourself this question: is this lovely jacket loaded?

BAGHDAD — A group of Sunni militants attending a suicide bombing training class at a camp north of Baghdad were killed on Monday when their commander unwittingly conducted a demonstration with a belt that was packed with explosives, army and police officials said.

The militants belonged to a group known as the Islamic State of Iraq and Syria, or ISIS, which is fighting the Shiite-dominated army of the Iraqi government, mostly in Anbar Province. But they are also linked to bomb attacks elsewhere and other fighting that has thrown Iraq deeper into sectarian violence.

Twenty-two ISIS members were killed, and 15 were wounded, in the explosion at the camp, which is in a farming area in the northeastern province of Samara, according to the police and army officials. Stores of other explosive devices and heavy weapons were also kept there, the officials said.

Another contract, this one in Riverside

241 Riverside Avenue, asking $3.3 million. It came on at $3.6, which was a bit steep, or so the market said, but the new price (and the passage of the holidays and start of the spring market) has done the trick.

Stand behind your man … 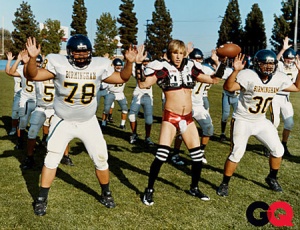 They carry up to 600 volts, even with main circuit switched off.

The problem is that the panels — even on a moonlit night — could be charged with as much as 600 volts of electricity, and if a firefighter stumbles into one or catches some equipment on them, the firefighter could be electrocuted.

Even after firefighters find the electric main to a building and shut it down, the panels still remain charged from any light in the sky — even lightning.

The panels present several hazards to firefighters, according to Jim Carroll, Connecticut Fire Academy program manager for live fire training and rescue. First, they can make it difficult to vent a fire, he said, explaining that a hole is cut in the roof to do that, but because solar panels are energized, firefighters can’t cut through them.

Beyond that, the panels also add weight to a roof, which creates additional danger if the structural integrity of a building is compromised in a fire.

If the solar panels pose too much of a hazard, Jankowski said his fire chiefs will not put their men on the roof of a structure that has them. 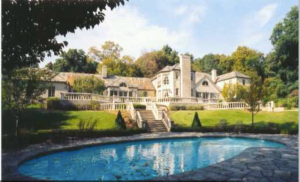 36 Perkins Road which was listed at $7.950 million before being lost to foreclosure in 2005, has a pending contract at its new sales price of $2.5. The house is an older (1957) model, and lying fallow for eight years didn’t improve it, so it’s fair to say this will turn out to be a land sale: $2.5 for 2.5 acres. It was never worth anything close to $8 million, but perhaps its owner needed that much to clear his debt. He didn’t get it, and first, Cathy Bank and then a succession of other Hong Kong institutions got their mitts on it and, less than a month ago, decided to just get rid of the nuisance. So it goes.

6 Lita Drive, at the bottom of North Street, closed last week for $1.271 million on an asking price of $1.395. When  it came on in November I thought the asking price was ridiculous: 13,000 square feet in the R-20 (20,000 sq.ft) zone with severe FAR limitations as the result, and a lot that’s primarily a steep hill rising behind the existing, tear-down house.

Whatever I thought, there were multiple bidders on this property and, though it never achieved the asking price, it almost did, and in less than a week, I believe.

Number 10 Lita, a very nice house next door, has been unable to sell for a long time now at $3.695 million. I would think a builder would take notice of that and avoid this lot, but there’s room, I suppose, for a private end-user to spend $1.5 and not be too far extended.

The Grand List is out, and Greenwich Patch has thoughtfully provided the top 20 most expensive cars in town. I’m not a car person but I certainly don’t begrudge those who are. I do note, however, that three of these are owned by corporations or LLCs. Again, nothing wrong with that, but I’d be a bit miffed if somehow the taxes of lesser folks were being used to support ownership of luxury cars.

Michael S. Zulich is listed as the manager of the dissolved  entity “15 Woodland Drive LLC”, which, five years after corporate dissolution, is still shown as the owner of another  Ferrari 599, this one a 2012 model valued at $295,000 (talk about depreciation; does Tom Foley know  what’s happening to his own car’s value?). Zulich is based in Las Vegas and associated with the gambling industry industry there, so the record’s unclear who is driving the sports car here.

Just to be clear, I’ll repeat: there’s nothing wrong with owing an expensive car; people should be free to spend their money any way they like. I just would be upset to learn that there were tax breaks available to billionaires that aren’t offered to the middle class.