California greens have a new reason to ban fracking – the drought!

Water’s just too precious to waste on producing energy.

California Rep. Marc Levine told Reuters last week that he will co-author an upcoming bill that would place a moratorium on hydraulic fracturing in the state, and said he will use the drought, which could be the state’s worst ever, to bolster his position.

“The drought is a game changer on fracking,” Levine said. “We have to decide what our most precious commodity is—water or oil? This is the year to make the case that it’s water.”

Fracking has created an energy boom in the U.S. and has the potential to drastically increase oil production in California Monterey Shale deposit, which federal officials have estimated holds up to 15 billion gallons of oil, more than most estimates for Alaska’s Arctic National Wildlife Refuge and twice the reserves of North Dakota’s Bakken shale oil deposit.

Of course, there’s this inconvenient truth:

State figures suggest the whole industry used about as much as 300 households in 2013—about 300 acre-feet or nearly 1 million gallons, according to the Department of Conservation.

Kinda makes you wonder whether this is really about water, doesn’t it?

The nanny and her wards

A big part of the decision, she said, comes down to the fact that if schools are closed, many children don’t eat.

“If people can go to work, then kids can to school,” she said. “Many of our kids don’t get a hot lunch and, in many cases breakfast, unless they go to school. So it’s still a parent’s decision whether they send their kids to school or not. My decision is where the kids are safest and the most taken care of, and the answer to that is in schools.”

That’s a pathetic depiction of New York City’s children, living in homes where their parents are incapable or unwilling to provide a hot meal. Most parents disagreed, and were furious with the Assistant-to-the-Chief-Nanny but as of  late this morning, she was standing her ground.

“It has totally stopped snowing. It’s absolutely a beautiful day out there right now,” she said at a morning news conference in Brooklyn with Mayor Bill de Blasio.

De Blasio, by the way, in addition to agreeing with his chancellor about the inability of parents to feed their own children, claimed he was “surprised” by the depth of the snowfall.

The mayor blamed someone else, naturally.

“We don’t second guess the National Weather Service. The low end suggested 2 or 3 inches by this morning. The high end estimate was more problematic, but not enough to close schools,” he said.

The effort was too much for TV personality and weatherman Al Roker, who tweeted a response – from the Olympics in Sochi.

“How dare @NYCMayorsOffice @NYCSchools throw NWS under the school bus. Forecast was on time and on the money,” Roker wrote.

Forecasters had predicted anywhere from 6 to 10 inches of snow for the city – and the National Weather Service issued a winter storm warning, the highest level of alert.

Self-defense, says the 9th, is a constitutionally protected right. You wouldn’t think that principle needed a court to defend it, but there’s a split among the circuits. Today’s decision makes it likely that the Supreme Court, which has been deciding whether to hear two other similar cases seeking review, will take all three and render a decision next spring. Keep your powder dry.

And the last shall be first

South Korean speed skater in dead-last place takes gold after everyone ahead of her falls down. I once (nearly) won a sailboat race after a wind shift put me ahead of the fleet, so I’m down with this.

I guess we know what Walt’s watching

The girl skiers in Sochi strip down in balmy weather. Here, the snow flakes are growing increasingly large as the air warms, so rain’s next. More cold and snow tonight though, and there’s promise of another storm this weekend, so we may be in luck.

I give the weather, Walt’s been covering the Olympics for FWIW and I assume that division of duties will continue.

What a waste: “Winter’s Tale” bombs

One of my favorite books, Mark Helprin’s “Winter’s Tale”, published in 1983, was finally made into a movie and it’s opened to universally bad reviews. The book’s still around though, and even available on Kindle, so if you need entertainment on a snowed-in day, I recommend it. Great literature? I ‘ll leave that to you, but certainly a fun fantasy written by a very good writer.

Politician: I don’t like (Justice) Thomas because he’s an Uncle Tom and married to a white woman”

And I swear I’ll stay away from white wimmin

A member of the Tea Party? Nah, it was said by a Democrat – of course.

Look for Harvard law students to denounce the man who said these words, any day now.

Forget to order flowers? Global warming bails you out

Between ice down south and snow here, airports and roads are closed and florists can’t deliver flowers by Valentine’s Day. “Aw, Honey, I didn’t forget, it’s just this war, and that lying son of a bitch Gore.” 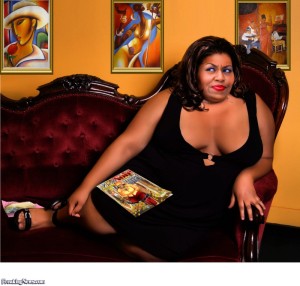 Davis’ bill, H.R. 3686, the School Nutrition Fairness Act, is “to make sure this Administration is aware of the real-life impact their regulations are having on kids who are going hungry and our smaller school districts who are struggling to keep up with the increased costs,” he wrote on Facebook Tuesday.

The Washington Times reported that the meal served to guests at Tuesday’s dinner ran an estimated 2,500 calories, “which is almost three times as much as what the first lady and the USDA allow our school kids to eat in the school lunch program,” Davis said. It’s “the height of hypocrisy.”

The dinner’s high-calorie menu shattered the USDA standards of approximately 1,200 total calories per day for students that the first lady touted as part of her anti-obesity campaign.

Not to mention the government mandated, small meal portion size leaving kids hungry, as well as the complaints from students and parents about school lunches that “taste like vomit.”

Whatever happened to “going postal”?

Running for his life?

Word today that Connecticut’s other joke of a senator, Chris Murphy, objects to handguns being allowed in U.S. Post offices got me wondering: did USPS workers grow tired of slaughtering each other, or did the media grow tire of them, and move on? One guess.

Y’all may remember the “epidemic” of mass shootings by postal workers in the 1980s. So much media attention was poured into each incident that the term “going postal” entered our lexicon; experts were consulted, studies conducted, talking heads appeared on the evening news prescribing various solutions to this deadly serious problem and then, and then, it all disappeared.

Never mind that those studies showed that in fact USPS facilities enjoyed a far lower rate of workplace violence than heavy industry or, most dangerous of all, retail stores, the “problem” disappeared when the media did. I’m confident the rate of killings hasn’t increased or decreased since the media grew bored, but the hype switched to other, fresher stories, like stranger child abduction, the rate for which has remained steady since the 1950s, but is now a seemingly-permanent fixture of the mainstream “news”.

You wanna end war and crime and 3″ blizzards and such, find our nation’s reporters a new distraction.

Suffer the sheeple to come into my temple

A North Carolina father is being hailed as a hero after a rampaging driver engaged him in what resembled a demolition derby in a Whole Foods parking lot on Saturday.

Homeopathic steroids will do that to a fellow; pity.

He’ll either become a master criminal or the next Bill Gates, but either way, I’m impressed

Norway: Boy, 10, steals his parents’ car and when stopped, tells police he’s a dwarf and forgotten his license.

A ten-year-old Norwegian boy who drove his parents’ car into a snowy ditch offered an inventive excuse to police: he was a dwarf who had forgotten his driver’s license.

The boy – who lives near Dokka, a town 110kms (68 miles)  north of Oslo – put his 18-month old sister into the car sometime before 6am, while his parents were still sleeping and set off to visit his grandparents in Valdres, about 60 kilometres away.

He drove more than 10 kilometres before veering off the road, where he was found by a snowplow driver who alerted police.

Give that boy a medal.