A sale, a couple of notable contracts.

9 Tyler Lane, Riverside (off Lockwood), under contract, asking price was $3.965. Peter Fusaro built it, and I like his houses.

16 Binney Lane, a total renovation asking $3.450, is under contract. No word whether the price includes swimmies for the whole family, but a pleasant home nonetheless.

120 Meadow Road, Riverside, sold, full price, for $3.450 million. This one has me baffled. No subdivision possibilities and a house that I wouldn’t think will live to see the summer. Is a one + acre, non-waterfront parcel in Riverside really worth this much? Apparently it is. 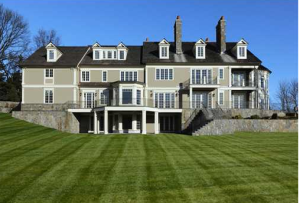 And 29 Cliffdale Road, off Riversville, finally sold, for $4.725, after originally asking $6.895 in 2010, when it was built. I liked the place, but what I really covet are the nine acres next door that come on and off the market but always priced too high. So far.

In a move to restore mind control over Americans, TSA bans tinfoil.

But he’s an expert 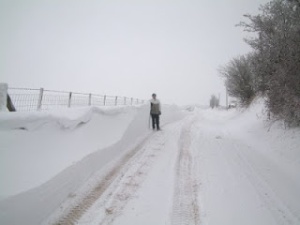 Chris R sends along this link to the WaPo’s resident global warming alarmist Jason Samenow dismissing the Farmer’s Almanac’s prediction of a cold winter as “outrageous.” Google Mr. Samenow and you’ll see he’s been pontificating for years, masquerading as an expert as he dismissed the idea that solar inactivity could lower the earth’s temperature, linked local weather to global warming,  and, in 2010, honored with the title “Global Warming Communicator of the Year” in recognition of his spending the past decade “communicating” fear of climate change. Like most of his ilk, Samenow has an entire career vested on the continuation of the global warming scare, so he won’t let go lightly.

The Farmers’ Almanac is generating a tremendous amount of buzz around a “C-O-L-D” winter forecast.  And it’s ratcheting up the hype by forecasting a “Super Storm” for Super Bowl XLVIII at the Meadowlands in New Jersey.  But its forecast is baseless and lacks credibility.

Better to leave all this in the hands of real experts, like Samenow and his friends, who confidently told us in October that the lower 48 would enjoy above normal temperatures and limited snowfall this winter. 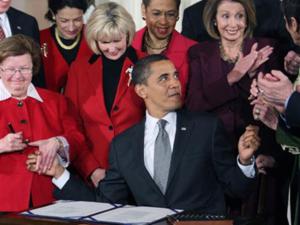 Who loves ya, babe?

Today, female White House staffers will have earned in 2013-2014 what their male counterpart earned in 2013 alone. ” ‘Sacrifice’ doesn’t mean sacrifice for the Barack Obama family,” our president declared this morning while Michelle ordered up caviar omelets, “just as ‘equal pay for equal work’ means ‘pretty close’.  It’s a privilege to work at the White House, and these gals know it.” 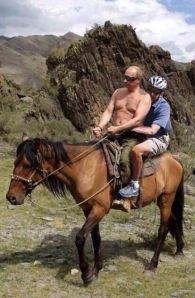 You behave, Vladimir, or I’ll tickle your ribs – I will, I will!

Obama draws another line in the sand, this time for Ukraine, and vows to mail a stern letter of disapproval if the government doesn’t cut it out.

“There will be consequences if people step over the line,” Obama said shortly after landing in Mexico for a summit with the leaders of Mexico and Canada, as fires burned in central Kiev. “And that includes making sure that the Ukrainian military does not step in to what should be a set of issues that can be resolved by civilians.”

If our president were familiar with guns, he’d know that he shot his wad* across the Syrian desert last year, and the world no longer cares what he threatens. Certainly Putin’s not worried.

*  “In weaponry ranging from a Napoleonic cannon to a modern shotgun, a paper, fiber or plastic wad is used to separate the projectile from the propellant.  “Shooting one’s wad” simply means that the charge contains no projectile and is therefore ineffectual.”

Snow lovers rejoice – more is on the way

Or you could put winter behind you and head for Gouverneur

It’s stupid to live in the North East if you don’t enjoy cold and snow, so this latest forecast from Accuweather just warms my heart. “Frigid Air, storms to return next week”

According to Senior Meteorologist Bernie Rayno, “For all practical purposes, the upcoming pattern next week will be a continuation of the weather that has occurred during much of the past winter concerning not only temperatures, but also storms.”

At times, clipper storms will roll in from western Canada to the Midwest and Northeast. On other occasions, storms will move up from the Gulf coast or develop along the Atlantic Seaboard.

The setup next week may present one to several such Atlantic Coast storms next week in the Sunday to Thursday period.

AccuWeather’s long-range meteorologists expect the pattern of lower-than-average temperatures and rather frequent storms to continue over the Upper Midwest to the Northeast next week well into March.

Too early to tell whether we’ll actually get those promised storms, of course, but keep your shovels dry. 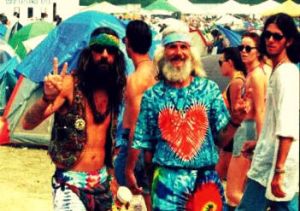 Birds, sharks and unexploded bombs from World War II are being blamed for holding up offshore wind farms, raising doubts about the costs of the technology.

Three utilities yesterday scrapped an expansion of the world’s biggest offshore wind farm in the Thames estuary, east of London. That capped three months when each of the six largest U.K. utilities retreated from marine energy projects.

While developer EON SE highlighted concerns about disrupting the wintering grounds of the red-throated diver, the broader threat to the industry is its failure to bring down costs quickly enough in nations that are increasingly concerned about the price of electricity.

“It’s either the cost because of the technical challenges or the environmental issues” that’s thwarting projects, Keith Anderson, chief executive officer of Iberdrola SA’s ScottishPower Renewables unit, said in an interview. “There’s a bit of realism that unless we can deliver these projects for a lower price, then it’s unrealistic to expect to continue to get political and government support.”

The U.K. market is crucial to the industry because it’s the biggest source of new projects and accounts for more than half the global installed capacity. Prime Minister David Cameron’s government has set incentives for offshore wind through 2019, hoping to stimulate clean-energy jobs.

Those ambitions are being chipped away as developers better understand the costs of the projects. Utilities have canceled as much as 5,760 megawatts of planned capacity since Nov. 26, when RWE AG dropped its 1,200 megawatt Atlantic Array.

“Big German companies have lost their cash-cows, because Angela Merkel said they have to close down their nuclear power stations,” Stamer said. “That’s where they earned their money that they could then go off and invest in offshore wind.” He said even reaching 6.5 gigawatts will “take a lot of work.”

New projects tend to be further from shore and in deeper waters. That means costs are rising, and utilities can no longer afford to shoulder the cost of projects themselves, said Ben Warren, an environmental finance partner at Ernst & Young.

“The utilities’ balance sheets haven’t substantially improved in the last couple of years to enable them to afford to do billion-dollar projects,” he said.

The British government has set the industry a goal of reducing its costs to 100 pounds ($167) a megawatt-hour by 2020. New Energy Finance estimates it’s currently as high as $246, or 147 pounds, and is unlikely to meet the target.

“It’s probably not manageable,” said Sophia von Waldow, a BNEF analyst. A cost of just under 110 pounds may be possible by then, she said.

Dong, the biggest offshore wind developer, may be able to cut costs to 100 euros ($137) a megawatt-hour in 2020, according to Benj Sykes, who heads the Danish utility’s U.K. wind unit.

Estimated cost of energy from new plants coming on line in 2018, by source – You can, as Obama and the greens want, more than double the cost of energy and shut down the economy or you can have nukes and fracking and jobs and industry. No surprise that the dome- dwellers want windmills : 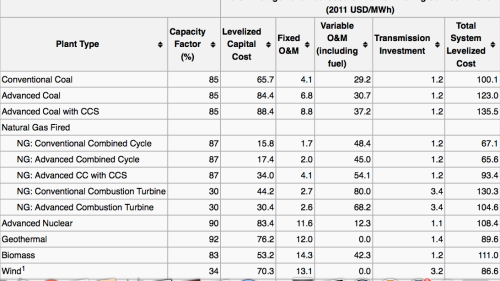 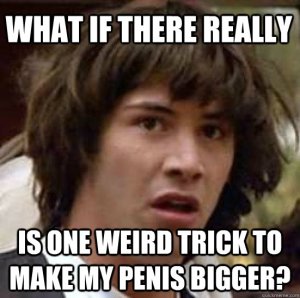 Slate says there isn’t. FWIW has commissioned Walt to confirm this

After a year or so of being bombarded with those ubiquitous “One Weird Trick” ads, I finally succumbed to curiosity and Googled the term to see what was behind the marketing meme. Turns out, a reporter for Slate not only shared my curiosity, but was brave enough to actually click on them.  He survived to tell what happened which is, basically, immersion in a bizarre world of quack cures (cinnamon will cure your diabetes, for instance) and useless products. Quell surprise. 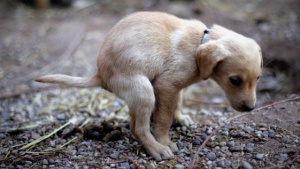 It’s happened again: a janitor cleaning up after a gallery party sweeps up trash and throws it out, unaware that it was supposed to be art.  This keeps happening, (some) people keep buying this stuff.

An Italian cleaner has accidentally thrown contemporary pieces of art worth thousands of pounds in the bin.

The cleaner, in southern Italy, was said to be ‘just doing her job’ when she thought two artworks that were supposed to be part of an exhibition were rubbish left behind by those setting up the show.

Organisers of the exhibition said one of the pieces of art she threw away included pieces of cookies, which were scattered on the floor, as part of an artistic arrangement.

It is not the first time a piece of contemporary art has been mistaken for rubbish.

In 2001, bosses at London’s Eyesto’rm gallery had to rescue a work by Damien Hirst from a bin after cleaners threw it away mistaking it for rubbish.

The artwork – made up of empty bottles, cigarette boxes, full ashtrays and paint tins – was pulled from a dustbin the day after it was put together by Hirst.

It was devised to represent a messy studio and was made on the spur of the moment by the artist at the launch party of his latest exhibition in a London gallery.