Snow joke, or maybe it is

Weatherunderground predicts just 1-3″ of snow from this storm, everyone else seems to think we’re looking at 3 -6″, with the higher range more likely. I’m hoping they’re all wrong, and we get a foot or more, but I’m surprised at the discrepancy between the competing forecasters. Six inches might close schools, one inch probably won’t (except in Greenwich). One way to find out who’s right, and that’s to wait 36 hours. 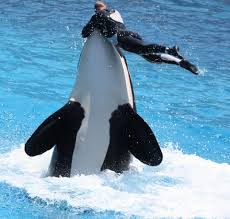 OSHA inspector, an animal rights activist, gave confidential information to Sea World foes. It’s like our EPA chief and her staff sending emails to “environmentalists” over secret email channels, ( an ever-expanding scandal) or IRS staffers targeting conservative groups. The federal government is now stuffed with regulators and bureaucrats from top to bottom, who are on a partisan mission to advance their cause.

The theme-park operator is also battling negative publicity surrounding the documentary “Blackfish,” about the death of the trainer, Dawn Brancheau, at SeaWorld in Florida. The film, and a campaign by animal-rights activists, led entertainers including Willie Nelson to cancel concerts at parks.

SeaWorld has obtained evidence that Padgett, the officer on the case, disclosed confidential information, “as well as documents submitted in conjunction with a confidential mediation before the D.C. Circuit Court of Appeals,” according to the letter. The evidence includes written and videotaped statements from a witness, SeaWorld said.

Padgett attended the “Blackfish” premiere and three festivals where the movie was shown, including the Sundance Film Festival, where she stayed free of charge at a home with people involved in making the picture and walked the red carpet with the cast and crew, according to SeaWorld’s complaint.

The company also cited numerous Facebook.com posts where Padgett allegedly cheered the film’s success and as well as media appearances by the filmmakers. In July of 2013, for example, she allegedly posted a link to a positive story about the film and wrote: “Wow … take that SeaWorld!!! They’ve got to be getting nervous now.”

SeaWorld “believes that Ms. Padgett’s disclosure of confidential information and other conduct reflect an intense bias and a desire to assist those in the animal rights community who have publicly, and for many years, demonstrated a desire to damage SeaWorld as a viable business,” the company said in the letter.

OSHA referred the matter to the Inspector General in January after allegations surfaced, Michael D’Aquino, a spokesman, said in an e-mailed statement.

The Orlando Sentinel reported last month that OSHA was investigating Padgett’s conduct after photos of her socializing with “Blackfish” cast and crew appeared on the website Micechat.com.

Modern society: bit by dog Friday, lawyered up by Saturday

Tragedy strikes when Bullmastiff kills one boy, bites another.

A 13-year-old New Jersey boy was killed and another seriously hurt by a huge bullmastiff that escaped its Paterson home and mauled the children as they were walking home from school, authorities said.

The kids ran in different directions and got separated during the Friday afternoon attack at Crosby and Rossiter avenues, Paterson police said. But only one made it to safety.

The surviving teen was taken to St. Joseph’s Medical Center for a bite to his arm, family lawyer Adam Rothenberg said.

“It’s a horrendous situation,” Rothenberg told The Post. “My client fled for his life.”

Of course it was a horrible thing; I just find it interesting how quickly a lawyer appeared on the scene to “represent” the boy who was bitten. I wonder who beat Mr. Rothenberg to the dead boy’s family?

Obama skips National Security Advisors meeting on Ukraine. Joe Biden did phone in, however, just to see what was happening.

This 2010 interview of Valerie Jarrett explains the problem:

New Yorker editor David Remnick’s interview with her for his 2010 book The Bridge.

“I think Barack knew that he had God-given talents that were extraordinary. He knows exactly how smart he is. . . . He knows how perceptive he is. He knows what a good reader of people he is. And he knows that he has the ability — the extraordinary, uncanny ability — to take a thousand different perspectives, digest them and make sense out of them, and I think that he has never really been challenged intellectually. . . . So what I sensed in him was not just a restless spirit but somebody with such extraordinary talents that had to be really taxed in order for him to be happy. . . . He’s been bored to death his whole life. He’s just too talented to do what ordinary people do.”

Will Scott Frantz join him?

Peter Tesei to slither over to anti-gun rally next week. There’s nothing much left to do in Connecticut but to finish the job and confiscate weapons. Jonathan Perloe, one of the Greenwich residents behind this rally, is for exactly that. Tesei, like Frantz, like our other selectman, Drew Marzullo, claims he only wants to see ‘common sense” regulations. Well the boys of Greenwich got that last year and exactly as predicted, they’re back for more.

* Or bring bags of caltrops

You can turn the channel or save this idiot’s life

A television reporter has had to be rescued by emergency crews in California after getting trapped by feet of mud that he purposefully waded into in order to film a live shot for NBC Nightly News.

Miguel Almaguer waded into the thigh-deep mud for a live shot that aired Friday night and promptly had to be pulled out by emergency responders when he was unable to get out.

It’s a triumph for rich boat owners, but maybe not a victory for Stamford 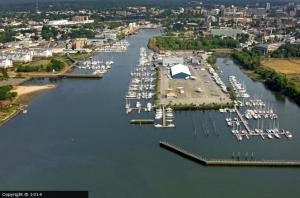 Looks as though Bridgewater will not be building its waterfront headquarters in Stamford after all, due to the opposition of the 250 yacht owners who would have been displaced by the project. This isn’t a battle over conflicting property rights, it’s a public policy issue about the best use of waterfront. I have no dog in this fight, but Bridgewater would have brought 1,000 employees into the city – apparently that didn’t outweigh the value of keeping a private marina available for the public to use. A town’s certainly entitled to decide these matters, so again, not my business, although I might have chosen differently.

Hitler’s occupation of Rhineland was too 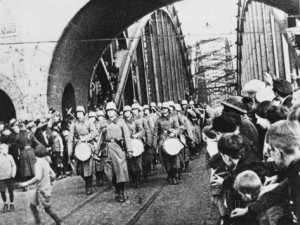 Administration says we’re not witnessing an invasion of Ukraine by Russia, but rather, “an uncontested arrival”.

When Hitler sent troops into Rhineland in 1936, his army was so weak that “two gendarmes on bicycles” (William Manchester) could have stopped them, and the German general staff was convinced that when he was stopped, Hitler’s government would collapse. But as the generals planned a new government, Hitler had taken the measure of his foe and sent the troops across the bridge to make an “uncontested arrival.” The roundup of the Jews and native French followed immediately thereafter. You, but not Obama, know the rest of the story.

UPDATE: Putin asks Russian parliament to (rubber stamp) his decision to mobilize troops and send them into Ukraine.  Just in case his arrival turns out to be contested after all, I suppose. Reached on , out-of-town, weekend fund rising trip, President Obama declined comment.

A Vision for Brew

WSJ: Built-in coffee makers in homes increasingly popular. As someone who drinks between 10-15 cups of coffee a day (I’ve cut back from my college days), I look with envy at these machines when house touring, but from what I’ve heard, they tend to break and, when the owners get the repair estimate of a thousand bucks or so, they don’t bother to fix them and they sit, inoperable and taking up space, ignored. Any readers have experience with them?  With prices ranging from $3,000-$12,000, I’m unlikely to be installing one in my pickup any time soon, but it’s information to pass on to my buyers.

Appliances and presses are disappearing from countertops in luxury homes, as built-in coffee makers offer a one-stop coffee shop in the kitchen.

Such integrated brew systems are becoming both more common and increasingly automated—able to make a cup of coffee that fits individual tastes.

The devices—which average a few thousand dollars in price—include bean grinders with a half-dozen settings, adjustable dispensers that accommodate a range of cup sizes and multiple spouts that allow more than one drink to be prepared at the same time.

Some of the modern units can be attached either to the plumbing or to a water reserve, “allowing them to be installed virtually anywhere: from a butler pantry or wet bar to even the master bedroom,” Mr. Sappok says.

Sbarro’s files for bankruptcy (again) – blames diminishing mall traffic. I’m not particularly interested in the loss of cardboard pizza outlets – there are plenty more – but this seems to be further evidence that the worst blight to hit modern American culture in the past half-century, the super mall, may be fading away. Bring on the bulldozers.