What, besides passing it along to Eric Snowden, is the NSA doing with all the information it’s scooping up?

Is that a stolen passport I feel, or are you just glad to see me?

Passports used to board the Malaysian airliner were reported as stolen more than two years ago. Interpol had the information and presumably our NSA did too, but no one bothers checking passports against a “stolen list”.  I suppose this should make us feel better about our own personal privacy – clearly the NSA doesn’t know what to do with all the stuff it’s been vacuuming up, but after its inability to spot two Chechnyan terrorists headed to the Boston Marathon and now this failure,  our government’s assurance that it’s trashing our rights and freedoms to secure our safety seems – ah, -“overstated.”

Taking a time out

Heard that before, but usually from politicians or CEO’s who’ve been axed. Regardless, Cos Cob’s “My Favorite Place” is gone, from both its Greenwich locations”. Reader/commenter “Cos Cobber” reports that the service was god-awful, ranging from slow to rude to  combination of both. That’ll do it (in).

Mayor de Blasio’s ambitious housing plan is now towering over the city — and after the approval of a massive development in Brooklyn, some advocates and preservationists are cowering in its shadow.

Their concern is this: Will de Blasio’s promise to let developers build larger and taller in exchange for creating affordable housing overwhelm neighborhoods with hulking buildings that hurt the quality of life?

“Hopefully new affordable housing can be created without necessarily requiring a massive scale of construction to do so,” said Andrew Berman, executive director of the Greenwich Village Society for Historic Preservation.

This build-at-all-costs mentality even has some housing advocates worried.

“Density is great, but it means more than just tall buildings,” said Jerilyn Perine, of the Citizen’s Housing and Planning Commission. “They have to fit in with the urban fabric and address basic infrastructure, too.”

D.C. writ small, but with a happier ending 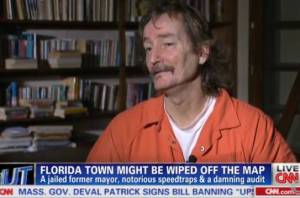 Hampton, Florida and its speed trap finally being shut down. It’s an incredible story and a fun read. Here are some snippets:

Hampton, Florida (CNN) — How off-the-charts corrupt do you have to be to capture somebody’s attention in the Sunshine State?

You can lay claim to a 1,260-foot stretch of busy highway a mile outside of town and set up one of the nation’s most notorious speed traps. You can use the ticket money to build up a mighty police force — an officer for every 25 people in town — and, residents say, let drugs run rampant while your cops sit out by the highway on lawn chairs, pointing radar guns at everybody who passes by.

Of course, none of those things are illegal. But when you lose track of the money and the mayor gets caught up in an oxy-dealing sting, that’s when the politicians at the state Capitol in Tallahassee take notice.

Now they want this city gone, and the sooner the better.

A state audit of Hampton’s books, released last month, reads like a primer on municipal malfeasance. It found 31 instances in which local rules or state or federal laws were violated in ways large and small.

Somewhere along the way, the place became more than just a speed trap. Some say the ticket money corrupted Hampton, making it the dirtiest little town in Florida.

That’s saying something, because Florida has seen enough civic shenanigans to lead the nation in federal corruption prosecutions and convictions, according to a watchdog organization called Integrity Florida. The group’s 2012 study revealed that more than 1,760 of Florida’s public officials had been convicted of corruption since 1976.

“It’s a mess,” Dan Krassner, the group’s co-founder, said of the situation in Hampton. “Clearly, there has been misuse of public funds and lack of oversight. The cronyism and nepotism is out of control.”

As for the city’s prospects, “They don’t look good.”

‘One heck of a debacle’

There are two reasons for the City of Hampton to exist: to provide water to 477 people and to protect the peace. Some 89 years after it became a city, the audit revealed how badly Hampton botched both jobs.

Nearly half the water the city pumps from the Suwanee River simply vanishes. Leaky pipes are partially to blame, but in some cases, the water goes to buildings without working meters. Some customers may have been getting free water for years.

Hampton’s bigger problems grew out of the city’s duty to “keep the peace.” It led to what everyone calls “the annexation” in the early 1990s.

Somebody got the idea to snap up an easement along both sides of County Road 18 and a 1,260-foot stretch of U.S. 301. Because of the annexation, the bird’s eye view of Hampton resembles a lollipop on a stick. Or, depending on your point of view, a fist with a raised middle finger. Most outsiders take the second view.

Hampton set up its speed trap, just like its neighbors, Waldo and Lawtey. Since Hampton has no schools, homes or businesses along 301, traffic safety really wasn’t the issue. The focus always was on revenue — and state and county officials say that’s where the city went wrong. It’s the crack that allowed corruption to creep in and take hold.

City Hall is locked up tight. Trucks parked out back have been stripped of parts and left to rust. The mail is piling up. There’s no money coming in, so the last three employees have walked off the job.

It’s as if Hampton has already given up.

Tough times can leave people feeling both deprived and, oddly, entitled. Listen closely, and you can hear that culture of entitlement when some folks from Hampton speak. Moore, the jailed mayor, talks about his disability checks as his “salary.”

Smith, the sheriff, believes that folks at City Hall came to treat their government perks in much the same way. He said residents complained to him that police officers and other employees drove city cars home without signing them out. They took them to run personal errands at Walmart. When they filled them up at the BP station, they brought lawnmowers and gas cans from home too and put it all on the city charge card.

The politicians in Florida’s capital, Tallahassee, were gobsmacked by the audit when it was unveiled February 10 at a public hearing. They used words like “crazy,” “outrageous” and “weird” to describe what they heard and struggled to find the right metaphors and points of comparison: Southern Gothic literature, John Grisham novels and Al Capone came to mind.

The city doesn’t pay its bills on time, if it pays them at all, the audit says. It doesn’t balance the checkbook or withhold employee payroll taxes or hold elections when it should. It doesn’t maintain insurance on city vehicles. Record-keeping is hit or miss. The auditors were told that the records they sought were destroyed by an accident or in a flood. The water meter readings? Those were “lost in the swamp.”

This was perhaps the most disturbing bit of news to come out of that hearing: City officials acknowledged that petty cash and money from water customers — the city clerk often demanded payment in cash — were kept together in a bag. When police said he needed cash to buy drugs for “undercover investigations,” it came out of that bag, Smith and Van Zant said.

No records were kept, so nobody had a clue what happened to the money — or the acquired contraband. This much is clear to Smith: No prosecutions resulted.

Remember Pelosi’s promise to “end the culture of corruption” and “drain the moral swamp that is Washington”?

Did we say that?

That vow was made, of course, when there was a Republican in the White House and is “no longer operative”, as seen in the decision to lease $23 million of office space from an Obama bundler from Chicago.

Consumer Financial Protection Bureau officials will pay $22.3 million to lease temporary offices in addition to the record-breaking $145 million being spent to renovate the agency’s headquarters, according to documents obtained by the Washington Examiner.

The temporary offices to be occupied by CFPB for the next two years are being leased in a building owned by Neil G. Bluhm, a longtime friend and campaign bundler for President Obama.

Bluhm made headlines in 2010 when he hosted Obama’s 49th birthday party at his Chicago home. Admission was $30,000 per person, with the proceeds going to the Democratic National Committee.

Controversy has dogged the CFPB for more than a year for nearly tripling the initial $55 million cost estimate for renovations to the building that will serve as the bureau’s permanent headquarters. The building is across the street from the White House, at 1700 G St. NW in Washington.

In the meantime, Obama’s new pick for Surgeon General is a 36-year-old activist who formerly headed up “Docs for Obama”. Primary qualification, aside from fund raising for the man: he’s strongly anti-gun.

Someone used their precious spare time to replace the velociraptors in “Jurassic Park” with the most terrifying mammal of all: cats, because why not?

And that’s pretty much all there is to say about that.

Makes sense to this conservative