What, besides passing it along to Eric Snowden, is the NSA doing with all the information it’s scooping up? 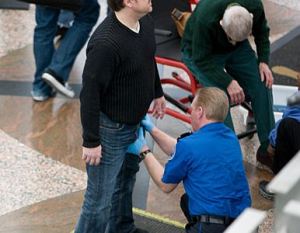 Is that a stolen passport I feel, or are you just glad to see me?

Passports used to board the Malaysian airliner were reported as stolen more than two years ago. Interpol had the information and presumably our NSA did too, but no one bothers checking passports against a “stolen list”.  I suppose this should make us feel better about our own personal privacy – clearly the NSA doesn’t know what to do with all the stuff it’s been vacuuming up, but after its inability to spot two Chechnyan terrorists headed to the Boston Marathon and now this failure,  our government’s assurance that it’s trashing our rights and freedoms to secure our safety seems – ah, -“overstated.”

12 responses to “What, besides passing it along to Eric Snowden, is the NSA doing with all the information it’s scooping up?”