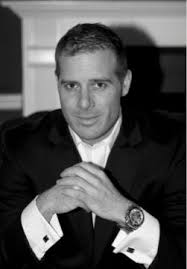 As solid as a Greenwich address

Back in May, 2012, a local fraudster made a “bid” for Winnebago, the RV people, and the business press; Bloomberg, WSJ,reported it with a straight face. I suspected otherwise, and said so the same day (some) Wall Street hedge funds were piling into the company, accumulating shares. Then, in September, 2013, I asked whatever happened to the man because, aside from a few angry phone calls I’d received from Mascioli himself, I’d heard nothing further about the matter.

Last night, a reader sent me this story about the ultimate denouement of “North Street Capital” and its principal, Alex: It’s behind a pay wall, but here are the relevant parts:

The Securities and Exchange Commission has settled securities fraud charges against Alexander Mascioli and his “alter-ego”—North Street Capital—for making a fraudulent offer to acquire all of the outstanding shares of Winnebago Industries Inc., according to Thomas Gorman, a partner at Dorsey & Whitney who focuses on defending SEC, U.S. Commodity Futures Trading Commission and other regulatory investigations.
Mascioli of Greenwich, Conn. set up NSC as a hedge fund in June 2011, and also launched an accompanying website, which was rife with false information.
“NSC’s website emphasized NSC’s specialization in leveraged buyouts (“LBO”) even though NSC had never participated in an LBO,” the SEC complaint reads. “NSC’s website also included statements that its core markets were automotive, consumer retail, and business services, even though NSC had not engaged in a single transaction in any of those markets.”
On April 10, 2012, Mascioli telephoned Winnebago’s then-general counsel, making an offer on behalf of NSC to acquire all outstanding Winnebago shares. He then followed up with an offer letter, on NSC company letterhead, stating the hedge fund’s desire to purchase the stock for $10.25 per share, or just short of $300 million in total.
Following a back and forth between the two parties over NSC’s ability to complete the transaction, Winnebago ultimately rejected the offer. In the meantime, Mascioli had made several efforts to enlist a financial backer, but to no avail, Gorman reports.
Undeterred, Mascioli and NSC sent a second offer letter on May 9 with improved terms, offering to purchase the shares in cash for $11 per share, or around $321 million in total.
“In the May 9, 2012 offer letter, Mascioli wrote on behalf of NSC that its offer was not conditioned on any financing requirements, that NSC was prepared to move forward immediately, and that NSC could complete the process in approximately two weeks,” the SEC complaint reads. “Mascioli and, through him, NSC knew or were reckless in not knowing that each of these statements was materially false and misleading.”
Mascioli’s and NSC’s financial situation, the complaint goes on to say, remained unchanged. Neither had assets and they were unable to go through with the deal without financing from a third party.
On May 17, 2012, before receiving a response, Mascioli sent a copy of the second offer letter to Bloomberg which, according to a SEC press release, had been altered to look like an NSC press release. Bloomberg published the letter on its website, which caused Winnebago’s stock price and trading volume to sky-rocket, Gorman reports.
When trading opened on May 18, Winnebago stock had increased almost 15 percent, and almost 700,000 shares had been traded in pre-market trading in a startling contrast to the very low volume over the previous four trading days.
Winnebago notified the NYSE prior to the open, and trading was halted for an hour while the company issued a press release stating that the NSC offer was “highly conditional,” according to the SEC complaint. A New York hedge fund had decided to cover the majority of a large short position it held in Winnebago and incurred a loss in the process.
Mascioli and NSC have received sanctions from the SEC, including an order to pay, jointly and severally, a $100,000 civil penalty. Mascioli has also been barred from serving as an officer or director of a public company, Gorman reports.

Sometimes I question the intelligence of some of the people in some of these hedge funds.