The science is settled, Chapter XXXXX

2004: BU dermatology professor fired, drummed out of academy for suggesting that sitting out in the sun a few minutes a week was good for you.

Holick cites a number of benefits to such moderate sunlight exposure, including prevention of osteoporosis, decreased levels of depression, and some new work indicating decreased risk of breast and prostate cancers. Both the department head who fired him and the head of the professional association who was asked to comment on the matter used the words “irresponsible” and “dangerous” in justifying the decision to fire the man.

When the researchers looked at supplement use, they found no benefit to taking vitamin D2. But middle-aged and older adults who took another form, vitamin D3 — which is the type found in fish and dairy products and produced in response to sunlight — had an 11 percent reduction in mortality from all causes, compared to adults who did not. In the United States and Europe, it is estimated that more than two-thirds of the population is deficient in vitamin D. In their paper, Dr. Franco and his colleagues calculated that roughly 13 percent of all deaths in the United States, and 9 percent in Europe, could be attributed to low vitamin D levels.

In the second study, also published in BMJ, a team of researchers at Stanford and several universities in Europe presented a more nuanced view of vitamin D.

They concluded there was “suggestive evidence” that high vitamin D levels protect against diabetes, stroke, hypertension and a host of other illnesses. But they also said there was no “highly convincing” evidence that vitamin D pills affected any of the outcomes they examined.

“Based on what we found, we cannot recommend widespread supplementation,” said Evropi Theodoratou, an author of the study and research fellow at the Center for Population Health Sciences at the University of Edinburgh. Dr. Theodoratou was not alone in suggesting people hold off on taking vitamin D supplements for now. Even though Dr. Franco found them to be beneficial, he said that more research was needed to show what levels are best. Instead of taking pills, people could improve their vitamin D levels with an adequate diet and 30 minutes of sunlight twice a week, he said.

“The most important factors in obtaining vitamin D are going out and doing some exercise and following a healthy diet,” he added.

At least this time the government experimented on white people.

The Environmental Protection Agency has been conducting dangerous experiments on humans over the past few years in order to justify more onerous clean air regulations.

The agency conducted tests on people with health issues and the elderly, exposing them to high levels of potentially lethal pollutants, without disclosing the risks of cancer and death, according to a newly released government report.

These experiments exposed people, including those with asthma and heart problems, to dangerously high levels of toxic pollutants, including diesel fumes, reads a EPA inspector general report obtained by The Daily Caller News Foundation. The EPA also exposed people with health issues to levels of pollutants up to 50 times greater than the agency says is safe for humans.

Gunman shoots up Fort Hood and the usual suspects are blamed.

Mental illness and misery passed from mothers to daughters

Granny was a juicer

Is six too young for little girls to “cleanse”? Not according to these mommies.

Junior juicers like Sofia are taking a cue from their health-conscious parents, and getting in on the act themselves — starting with juices and raw foods and graduating to modified cleanses, all in the name of cleaner living, if not weight management. In Sofia’s case, she supplements her juice-drinking with favorite foods such as shumai dumplings, sauteed kale and edamame — not to mention the occasional slice of pizza. “She still needs the food — she’s 6 years old,” says Sandra. But you can’t argue with the digestive benefits, adds Mom. “If I’m doing a three-day cleanse and I order for her, she goes [to the bathroom] every day.”

The whole idea of cleansing is a complete crock of poo, but foisting it on your child? Madness.

[T]here’s little scientific evidence that cleansing actually rids the body of toxins. In fact, critics say the cleanse craze is just a fancy new word for “dieting”—dressed up in pseudo-science and rounded out with costly, antioxidant-rich fruits from the Amazon or Peruvian herbs that claim to boost energy and libido. Many medical professionals say cleanses in any form have few health benefits and that Americans often use them as a panacea to make up for otherwise damaging their bodies with bad eating habits, lack of exercise, and stress. What’s most ridiculous about the detox myth, they say, is that the body is already plenty capable of eliminating toxins. It’s called urine.

“Unless you’re suffering from liver or kidney failure, those two organs do a perfectly adequate job of removing toxins,” says Christine Gerbstadt, a registered dietician and practicing physician in Washington D.C. There’s no evidence that cleansing is any healthier than eating a plant-based diet rich in fruits and vegetables, she says.

The anorexic neurotics parading in the Whole Food aisles in their lycra-wrapped stick legs are nauseating – the idea that they’re busy creating the next generation of weight obsessed, hysterical girls is downright disgusting. Drag ’em out to the parking lot and run them down with a Range Rover. 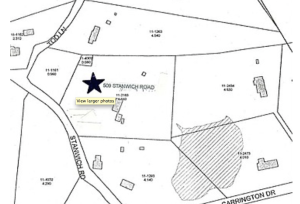 509 Stanwich Road is back on the market at $2.395 million after failing to sell last year for $2.5 (seller paid $1.7 for it a few years back). 4+ acres in the four-acre zone, so plenty of room for a large house. It’s north of the Merritt, but not way north, so it’s relatively convenient to town. I’ll be curious to see how this fares because land is, as always in Greenwich, a scarce commodity, so with the current building boom an end user may be willing to pay this year what he was not before.

Popular Mechanics steps in where CNN fears to tread 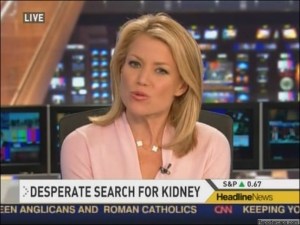 In the face of CNN’s self-imposed blackout of coverage on CA Democrat Leland Lee’s gun smuggling conspiracy, Popular Mechanics reports on “The Guns of Leland Lee”.

Before his arrest, Lee was the darling of prominent California Democrats like Diane Feinstein so it’s obvious why CNN (and the NYT) would refuse to mention his arrest but really, scooped by Popular Mechanics?

Sale and a contract

The contract reported is for 76 Sinoway Road, in Cos Cob, which has found a buyer almost immediately, and why not? It was asking just $1.295, it was completely renovated in 2009 and it’s nifty house. 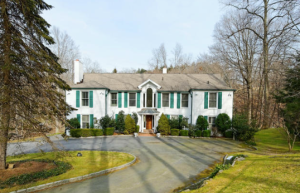 25 Windabout Drive, which went to contract just four days after hitting the market, has sold for $3.150 million. Tamar Laurie had both the buyer and the seller, which would account for the speed. It’s a great location on a good street and the house appears to be in good shape, so the number isn’t surprising. The sellers paid $3.075 for it in 2004 and have been trying to resell it since 2011, when they started at $3.750 million.

So “contract in four days” is really “contract after three years”, but whatever.

[Madison, Wisc…] The city of Madison hosted the 15th annual national White Privilege Conference last week at the Monona Terrace to discuss issues of white supremacy, social justice, education and the Tea Party…. Our first account comes from the breakout session titled Stories from the front lines of education: Confessions of a white, high school English teacher. The session was facilitated by Kim Radersma, a former high school English teacher in California and Colorado. Radersma is currently working toward her Ph. D. in critical whiteness studies at Brock University in Ontario, Canada. Radersma argued that teachers must fight against the oppressive structure in education and society. She said anyone who is going into teaching and education must be a political figure.

“Teaching is a political act, and you can’t choose to be neutral. You are either a pawn used to perpetuate a system of oppression or you are fighting against it,” Radersma said during the session. “And if you think you are neutral, you are a pawn.” She said educators need to challenge the system, otherwise they are giving in to white supremacy.

Radersma also argued the first step is realizing that all white people are carrying the signs of oppression. “Being a white person who does anti-racist work is like being an alcoholic. I will never be recovered by my alcoholism, to use the metaphor,” Radersma said. “I have to everyday wake up and acknowledge that I am so deeply imbedded with racist thoughts and notions and actions in my body that I have to choose everyday to do anti-racist work and think in an anti-racist way.” She argued that until white people admit they have a problem, they will not be able to fight against white privilege.

“We’ve been raised to be good. ‘I’m a good white person,’ and yet to realize I carry within me these dark, horrible thoughts and perceptions is hard to admit. And yet like the alcoholic, what’s the first step? Admitting you have a problem,” she told the session attendees. Multiple educators attended the breakout session of about 50 people and seemed very interested in how to bring the ideals of social justice and white privilege into the classroom. One attendee, a teacher and the diversity director at his school, spoke about the activities he is implementing and said it is important for teachers and administrators to discuss social justice with their students….

Another topic of discussion was how white people’s actions, like donating to charity or helping a family in need, are inherently racist. A white attendee of the conference told a story about how her family donated school supplies to one of her classmates when she was in first grade because the family could not afford them.

The receiving family had moved from India, according to the attendee. While she was happy to be helping when it happen years ago, she was now questioning her family’s motives.

“It was like ‘well why don’t you swoop in and save the day and give her all this stuff because we can afford to do that for them’ kind of mentality,” she said in the session.

It’s a damn good bet that the participants dined on a vegetarian buffet. 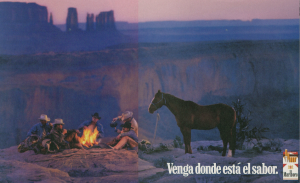 Juicy steak on the coals, a mug of black coffee, and nicotine: heaven on earth

Study: Vegetarians drag their way through a miserable, unhealthy existence.

Overall, vegetarians were found to be in a poorer state of health compared to other dietary groups. Vegetarians reported higher levels of impairment from disorders, chronic diseases, and “suffer significantly more often from anxiety/depression.”

Subjects who consumed lower amounts of animal fat were also linked to poor health care practices, such as avoidance of vaccinations and a lack of preventive care.

Chronic problems associated with vegetarians and people eating carnivorous diets rich in fruits and vegetables were linked to more frequent visits to doctors, which the study authors suggest requires public health programs to reduce the health risk due to their nutritional factors.

The researchers conclude: “Our study has shown that Austrian adults who consume a vegetarian diet are less healthy (in terms of cancer, allergies, and mental health disorders), have a lower quality of life, and also require more medical treatment.”

My guess is that the researchers have confused cause with effect: the typical vegetarian worries about her health incessantly, so she naturally spends more time with physicians and shrinks. Similarly, she won’t vaccinate her children, so they catch all sorts of infectious diseases and bring them into the household. And because they also tend to be liberals, they lead fretful, stressful lives obsessed with idiot ideas like global warming and the Koch Brothers Conspiracy. Stress kills: light up a smoke and relax.