Whatever happened to “protect and to serve”? 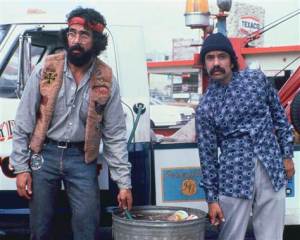 Texas: Woman arrested for pot possession after calling police to complain about an inferior product.

Police in East Texas have arrested a woman after she called them to complain about the quality of the marijuana she had purchased from a dealer.

Lufkin police Sgt. David Casper said Monday that an officer went to the home of 37-year-old Evelyn Hamilton to hear her complaint that the dealer refused to return her money after she objected that the drug was substandard.

Casper says she pulled the small amount of marijuana from her bra when the officer asked if she still had it.

She was arrested Friday on a charge of possession of drug paraphernalia.

Hamilton said Monday that she spent $40 on “seeds and residue.” She says she called police when she got no satisfaction from the dealer’s family.

I can understand them not helping her find an alternative supply, but surely it wouldn’t have been too much trouble to have a quiet word with her dealer now, would it?  Makes you wonder why we pay taxes.

Back from Hawaii and back by popular demand, Kat does Beach House

Daughter Kate will be performing at the Beach House Cafe tomorrow night, 9-11. That’s late for parents, but early for you international traders, so come if you can. Good time promised for all. 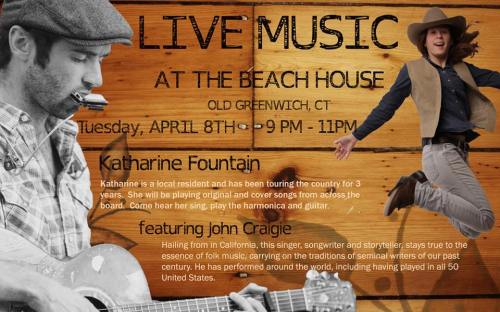 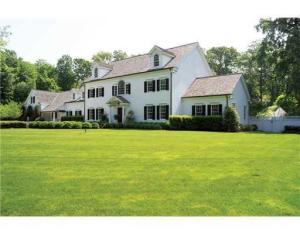 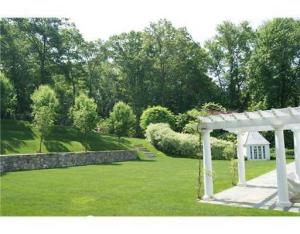 One sale, one contract

8 Watch Tower Lane, $1.729 million, which I wrote about on March 20th after its broker open house, reports a contract. Shore & Country priced it right.

9 Tyler Lane, in Riverside, finally sold, for $3.8 million. This is  very nice house, so I think its failure to find a buyer in 2010 when it was priced at $4.250 and a year-and-a-half to sell now, priced at $3.999, had more to do with the market than the merits of the house itself. Interesting, the owner tried selling it via “For Sale by Owner”, but a member of the GAR found the buyer. 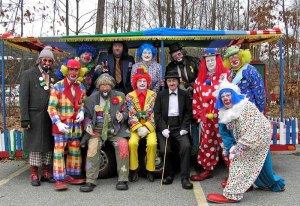 Teddy Kennedy the XVI will run for State Senator. No surprise here, we mentioned it two weeks ago, when he first put his remaining toe in the water, but I do like this part of today’s press release:

Kennedy is said to have declined several attempts by high-profile Democrats to recruit him to run for the U.S. Senate seat in Massachusetts vacated by John Kerry, the secretary of state.

Sources familiar with the thinking of Kennedy… say that the last thing the unassuming public servant-in wait wants is a media circus.

Kennedy is a co-founder of the medical industry lobbyist, Marwood Group. He will undoubtedly continue those efforts in Hartford.

From the Polo Fields of Conyers Farm to the mud flats of Cos Cob, the Royals do the town

Of course, a Royal Visit involves a bit of warm-up – here they are practicing meeting vassals dressed as Cos Cobbians on the palace grounds. 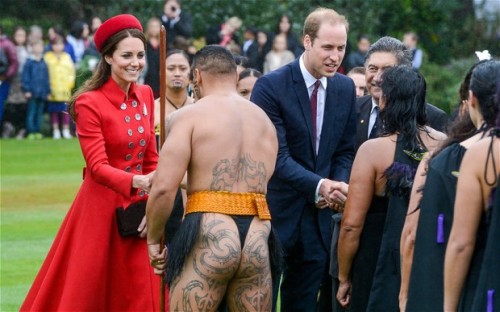 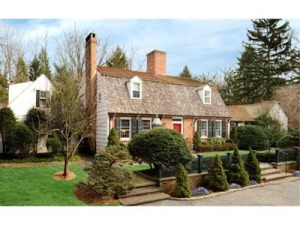 17 Windabout Drive has a contract, last asking price was $2.495. The house last sold for $3.250 in 2002 and that’s where it started this time but after more than  year on the market, the message was pretty clear that the era of 1962 Coggins houses has past.  It wasn’t a bad home, but dated, and a somewhat awkward layout because of an addition or two over the years. The land, 2.8 acres, wasn’t much to ooh over, but even at that, it’s probably worth something in the low $2s, and now, finally, got it. A million-dollar loss over twelve years? Who said buying in Greenwich is a rock-solid proposition? The land holds value, but houses are becoming obsolete and worthless at an ever-increasing rate. 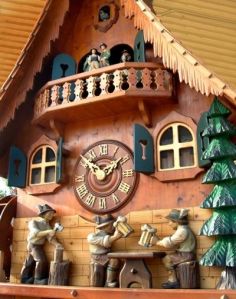 While most Western countries closed their lunatic asylums years ago, throwing the patients out on the street to live in cardboard boxes and beg for pennies, the Swiss have just opened a new one, giving each patient her own comfy apartment.

Leimbach (Switzerland) (AFP) – No smoking, no perfume, no mobile phone use — the list of rules at a newly opened apartment building on the outskirts of Zurich is long.

For a reason: the structure has been purpose built for people who say exposure to everyday products like perfume, hand lotion or wireless devices make them so sick they cannot function.

“I have been suffering since I was a child. This will really move my life in another direction,” said Christian Schifferle, the 59-year-old head of the Healthy Life and Living Foundation (www.stiftung-glw.com), the prime driver behind the project.

Schifferle and the other residents suffer from Multiple Chemical Sensitivity (MCS), a chronic condition not broadly recognised by the medical community. Those afflicted, however, believe it is sparked by low-level exposure to chemicals in things such as cigarette smoke, pesticides, scented products and paint fumes.

Twelve of the 15 apartments in the earth-coloured building in a remote part of Leimbach, on the outskirts of Switzerland’s largest city, have already been rented since it opened in December.

Many occupants also suffer from electromagnetic hypersensitivity, in which electrical circuits and radiation from wireless equipment make them equally ill.

With a mask covering his nose and mouth, [Mr. Wackadoodle] Schifferle proudly shows off the 0.0 reading on a handheld electricity-measuring instrument with a triangular, green antenna.

“This room is very good, because we have almost no electricity,” he said, nodding around a large common area equipped with a big carbon filter to purify the air.

The floor plan is layered like an onion “so that the deeper you enter the apartment, the cleaner the rooms get,” he said.

The building’s most “contaminated” parts are the common areas, main hallway, stairwell and elevator in the centre.

From there, residents enter their apartments, moving through a hallway where they can remove “polluted” clothing, the bathroom and kitchen or other technically equipped rooms, before getting to the “cleanest” rooms: the living room and bedroom.

A special “net” has also been built into the facade and roof to protect inhabitants from electromagnetic or electrostatic waves or fields, Zimmermann said.

Despite all the efforts, Schifferle still only spends a few days a week in his new apartment. More ventilation is needed, he said, until all traces and scents of the builders are gone.