The doctor will pay you now

The Senator was a crook long before he was a senator, so it’s not all that surprising that he continued his merry ways after moving operations to D.C.

The Florida doctor who entangled Sen. Robert Menendez in an FBI investigation also turns out to be the nation’s No. 1 recipient of Medicare funds.

Dr. Salomon Melgin, the Florida eye surgeon, charged the government $320 for giving 37,075 injections of an eye-drug to 645 patients. That’s an average of 57 injections per patient, costing the taxpayer $21 million in 2012.

The data was buried in an April 9 release of Medicare data by the Centers for Medicare & Medicaid Studies.

The wealthy doctor lives in a palatial house in in North Palm Beach, and donated heavily to Menendez. He’s now the target of at least one FBI investigation, which included raids on his offices in January and October 2013.

Menendez got entangled in the doctor’s finances when he used Melgen’s private plane to fly Menendez to various locales, including vacation sites in the Dominican Republic. Menendez took at least three trips on the doctor’s airplane in 2010.

After the trips were disclosed by The Daily Caller and other outlets, the Senator subsequently paid Melgen $58,000 for the costs.

The full nature of their doctor-Senator relationship is not fully understood.

If you’ll recall, Obama ordered the Justice Department to delay the arrest of an illegal alien sex offender on Menendez’s staff until after the 2012 elections. Now, however, time seems to be running out for the man as the FBI investigation into the senator’s own actions broadens.
The only difference between New Jersey and Connecticut politicians is that ours sell themselves so cheaply.

Dump the fat girlfriend, you want to survive

But I wuv her!

Study: Having obese best friend increases your own chance of getting fat 57%.

If your friend, lover, or colleague has an ever-expanding waistline, then you better look out for yours.

That’s according to breakthroughs in network science, a fast-growing field that studies how our real-life social networks — as in our friends, family, and acquaintances, and not Facebook or LinkedIn — shape our behavior.

This finding comes principally from Nick Christakis, a Harvard Medical School professor who has discovered that health isn’t an individual phenomenon, meaning it’s not totally up to you. Instead, it’s a collective one that is influenced by your peers.

In a landmark 2007 study, he found that a person’s chance of becoming obese increased by 57% if he or she had a friend who became obese in the same time period. It’s similar for siblings: If your brother or sister becomes obese, you have a 40% chance of growing obese. And if your spouse becomes obese, you have a 37% likelihood of becoming obese, too.

Camp of the Saints

4,000 Africans a day land in Europe, borne there in derelict ships. Italy expects a half-million more this year.

More than 4,000 migrants have arrived on Europe’s shores by boat in the past two days, with the Italian government calling the crisis ‘increasingly glaring’.

The emergency comes days after Italy’s Home Secretary Angelino Alfano warned that more than half a million migrants were ready to set sail from Northern Africa for Europe.

Italy’s southernmost island, Lampedusa, is the gateway for illegal immigrants to enter Europe.

More than 40,000 people made the journey to Italy last year, often on unseaworthy boats.

So far this year 15,000 migrants have landed on the Italian coastline, a ten-fold increase on the first three months of 2013.

British experts believe one in five of them continue on to the UK.

Mr Alfano told Italian radio: ‘The landings are non-stop and the emergency is increasingly glaring.

Forty years ago, in 1973, French author Jean Raspail wrote “Camp of the Saints”, a novel depicting the end of western culture when millions of the world’s poor clamber onto rusty freighters and are towed to France, where they overwhelm a morally bankrupt, supine culture. Raspail was denounced as a racist at the time: his description of  a France where 30% of the population was Muslim really set off the liberals (it’s up to 10% now, with a ratio of 40% in cities like Marseille), but the book went on the become a best seller and is still in print. I imagine it will sell even more copies in the years to come. Raspail wasn’t a racist; just a futurist.

Tagged as Camp of the Saints, Muslim reconquest of Europe

Missing in action no more: Dollar Bill turns up in an Oslo snowbank

Ending weeks of mystery, FWIW’s missing leftist troll Dollar Bill has been found, thawed and without memory, in the Norwegian capital. It is suspected he travelled there to rescue polar bears who’d been victimized by George Bush but so far, he won’t say.

A man who was discovered in a snowdrift in the Norwegian capital Oslo has emerged from a coma to reveal he speaks perfect English but has no idea who he is or where he comes from. The mystery man, who calls himself John Smith but does not know his real name, was found with a cocktail of drugs in his system and cuts on his wrist suggesting they had been strapped. He said he is not Norwegian but may be Czech as that is the language he understands best. He also understands Slovak, Polish and Russian and speaks with a heavy Russian accent.

The man was discovered by a passerby in a snowdrift in an industrial part of Oslo on December 15th. He spent three days in a coma before coming round.

Police took fingerprints and released his picture to Interpol, but so far investigations have drawn a blank.

He added: ‘At least I know I can’t be a criminal, although I almost wish I was. Then they would have found out who I was.

‘I woke up with a nurse beside me, and as I did not understand, I asked her to speak to me in English. I remembered nothing. It was so funny when she asked what my name was and then I couldn’t remember it.’

Oslo police say his case is being handled by their violence and sexual crimes branch.

A spokesman said: ‘The man did not possess any form of identification, and did not remember his name, origin, how he ended up in Norway or any other details of his life.

Probably a Russian spy, too.

The First Family of Sacrifice

MamaDumpy: “For the first time in my life, I’m glad to be an American”

Michelle and the girls’ two-day  junket to Ireland cost you eight million bucks.

Air Force documents obtained via a Judicial Watch Freedom of Information Act lawsuit reveal that Michelle Obama, the first daughters and their entourage cost taxpayers $7,670,476.80 in flights to, from and around Ireland during their June 17-19 trip in 2013.

Documents from the Department of Homeland Security obtained by the government watchdog via the January 13, 2014 lawsuit further revealed that the total cost for “security and/or other services” for a side trip to Dublin by Michelle Obama and her entourage was $251,161.86. That total included $55,004.85 spent at the Shelbourne Hotel and $70,855.44 at the Westbury Hotel.

The documents reveal that taxpayers spent a total of at least $7,921,638.66 on the first lady’s trip. She departed for the Dublin tour on Air Force Two after accompanying the president on a meeting with Northern Ireland youth.

And the mid country continues its recovery

5 Lindsay Drive, $3.695 million, has a contract. I always thought this more of a land deal than house, but it simply wouldn’t sell, regardless, for all the years of the crash. It started out in 2008 at $4.495 without result, came back on and off the market a couple of times but ended up being rented out instead of sold, then came back on 39 days ago, and it’s already gone.

39 Patterson Avenue, which just yesterday was put back on the market at $3.995 after its listing expired last year, has a contract. Apparently it was only delisted so the broker could report today’s sale. 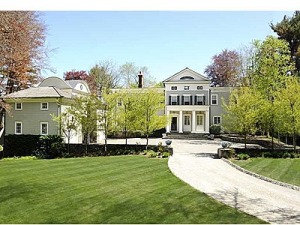 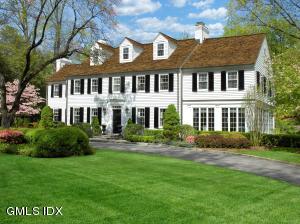 On the other hand, 99 Husted, $4.395 million,  has both an accepted offer and a back-up after just a week on the market. It came on on Monday, March 31st, I tried to get my clients in to see it last Sunday, but it’s gone. Owners paid $3.9 for it in 2009, so that’s assign of the mid country rebounding, at least for great houses.

There’s still time to buy your dream house before the end of the world! 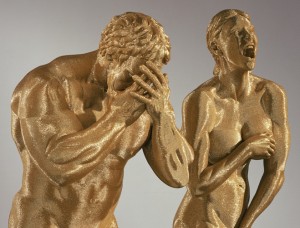 Mars, Earth, and the Sun will all align tonight, a rare ‘opposition of the planets’ that only happens once every 778 days.

But what makes this so remarkable is that it comes precisely a week before everyone on earth will see the first of FOUR dark red ‘blood moons’, an extraordinary event some Christians believe represents the End of Days and the second coming of Christ.

The King James Bible predicts: “The sun shall be turned into darkness, and the moon into blood, before the great and the terrible day of the LORD comes,” [Joel 2:31].

And, according to NASA, a highly unusual ‘Tetrad’ – four successive total ‘blood-red’ lunar eclipses each followed by six full moons – will, indeed, start a week today and finish on September 28 next year.

The incredible alignment has only happened a handful of times in the last two thousand years but, remarkably, on each of the last three occasions it has coincided with a globally significant religious event.

Pastor and author John Hagee, from San Antonio, Texas, has written a book on the phenomenon. He believes tonight marks the dawn of a ‘hugely significant event’ for the world.

“NASA has confirmed that the Tetrad has only happened three times in more than 500 years – and that it’s going to happen now.”

“According to the Biblical prophecy, world history is about to change dramatically. “To get four blood moons you need something absolutely extraordinary in astrological terms. “Every time this has happened in the last 500 years, it has coincided with tragedy for the Jewish people followed by triumph. And once again, for Israel, the timing of this Tetrad is  remarkable. “The first of the four blood moons will come on April 15 this year, during Passover. The second will be on October 8, at the time of the Feast of the Tabernacles. “On April 4 2015, during Passover, we will have another blood moon. Then finally, on September 28, during next year’s Feast of the Tabernacles, the fourth blood and final moon will dawn.”

Of course, there are always a few spoilsports.

While NASA has confirmed the astrological validity behind some of the claims, not everyone is convinced the Tetrad means anything at all, let alone the End of Days.

“An eclipse on Passover night seems wildly improbable, but we should remember that lunar eclipses only happen on full moons and that Passover by definition always takes place on a full moon. Sukkoth (The Feast of Tabernacles) also by definition coincides with a full moon.

“I thought in 2011 we all said we weren’t going to fall for this again, when Harold Camping twice missed the date of the Second Coming?

“It really is no different this time.”

Forget Shogren – what does he know? And, while the more cautious among you might think that this is a sign to grab a (short term) rental rather than buy, there are certain to be better deals available from panicked sellers seeking to flee. This is really a prime opportunity to spend the rest of your days in the house you’ve always wanted.

Besides, the commission on a measly rental sucks. Call me: let’s find your rapture together.