Of course, if they survive pre-K, the poor kids have to attend public school 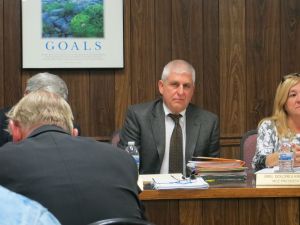 Superintendent Charles Maranzano: “Does this face make me look stupid?”

Bully cries “he’s pointing a gun, send him to juvie”, so they do.

This latest incident began as Glenn Meadow Middle School seventh grader Ethan Chaplin was holding a pencil with a pen cap on the end while in class. Accounts of how Ethan was holding or gestering with the writing implement differ, but school officials were alerted to the matter after a student sitting behind Ethan shouted, “He’s making gun motions, send him to juvie.”  According to News 12 New Jersey, Ethan contends he had been bullied by the same student earlier in the day.

Claiming they had no choice but to act on the taunt, school administrators removed Ethan from school and forced him to undergo a lengthy mental and physical evaluation before he could return.  Describing the evaluation to one news source, Ethan’s father, Michael Chaplin, stated, “The child was stripped, had to give blood samples (which caused him to pass out) and urine samples for of all things drug testing… . Then four hours later a social worker spoke to him for five minutes and cleared him.  Then an actual doctor came in and said the state was 100 percent incorrect in their procedure and this would not get him back in school.”

Following a public outcry, Vernon Township School District Superintendent Charles Maranzano defended the school district’s actions.  Maranzano told The Huffington Post, “When a student misbehaves or displays actions that are non-conforming or don’t meet our expectations, it causes us some concerns.”

10 responses to “Of course, if they survive pre-K, the poor kids have to attend public school”