If it saves the life of one river smelt …. 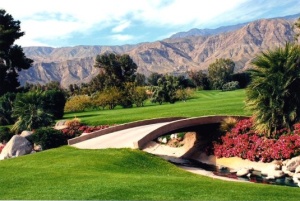 The irrigated greens of Sunnyland Golf Club, where Obama played after saving Californians from drought

Man-made drought in California shutting food banks for the poor.

The effects of California’s drought could soon hit the state’s food banks, which serve 2 million of its poorest residents.

Fresh produce accounts for more than half the handouts at Bay Area food banks, but with an estimated minimum of 500,000 acres to be fallowed in California, growers will have fewer fruits and vegetables to donate.

With less local supply, food prices will spike, increasing as much as 34 percent for a head of lettuce and 18 percent for tomatoes, according to an Arizona State University study released last week. With fewer fields planted, there could be as many as 20,000 unemployed agricultural workers who will need more food handouts, especially in the Central Valley.

And what caused this disaster? “Environmentalists”.

The San Joaquin Valley was one of the most fertile agricultural regions in the world until environmentalists created a dust bowl to save a three-inch fish called the Delta smelt.

This little fish, not much bigger than a minnow, suddenly became useful when radical leftists realized they could cut off the water for nearly 25 million people and millions of acres of fertile farmland in the interests of expanding federal control of the environment.

From his courtroom in Fresno, U.S. District Judge Oliver Wanger declared saving the fish more important than feeding humans and, citing the Endangered Species Act, in 2007 ordered the pumps watering the valley from the Sacramento River turned off, lest the Delta smelt be disturbed.

Choosing between saving a minnow and watering the nation’s food basket was an easy call. Instead of irrigating crops of fruit, fabric, vegetables and grain, the water from the river was diverted from the farms to the Pacific Ocean.

Families, farmers and some elected officials in the Valley have pleaded with the government to turn the spigots on again. The Valley continues to shed jobs as farms dry up. The environment suffers as the parched earth invites wildfires.

Rather than working to get water to flow into the Valley again, the president offered thirsty Californians only a bailout of $160 million in federal aid. He blames global warming, of course, and his allies in Congress, like Little Sir Echo, dutifully repeat his message.

GHS has nothing on these young entrepreneurs 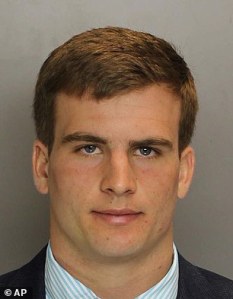 Timothy Brooks, who, according to his attorney, is “remorseful”

Pennsylvania authorities have broken up a drug ring they say was run by two prep school graduates. They say it supplied marijuana, cocaine and ecstasy to students at three colleges and high schools in Philadelphia’s affluent Main Line suburbs. Montgomery County prosecutors identified the leaders of the operation as 25-year-old Neil Scott and 18-year-old Timothy Brooks. Both graduated from The Haverford School, a $35,000-a-year prep school.

Scott would receive bulk shipments from a California supplier which would be shipped to his Haverford apartment, which allegedly served as his base of operations.

Ferman said local students would be drafted into the drug distribution operation as sub-dealers to allegedly distribute cocaine, marijuana, hash oil and ecstasy.

‘The high school sub-dealers were encouraged to develop their business so they could sell at least one pound of marijuana each week,’ Ferman said.

Brooks – who Ferman said acted as the supervisor of the student dealers – instructed them to make sure there was ‘never a drought,’ Ferman said. He wanted dealers to make certain there was always a constant supply in the assigned schools.

If the dealers met their weekly quota, the incentives included a lower purchase price for marijuana in order to increase their profit margin.

Ferman said investigators learned about the ‘Main Line Take Over Project’ through confidential informants and conducted a one-day round-up in February.

In that operation, prosecutors said they confiscated 8 lbs. of marijuana, 3 grams of hash oil, 23 grams of cocaine, 11 grams of Ecstasy, $11,000 in cash, a loaded handgun, an AR-15 assault rifle and AR-15 style rifle.

It should last about three minutes 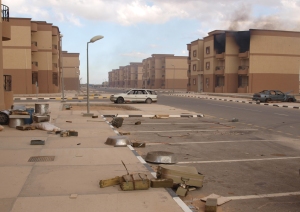 Meeting on “The Future of Cos Cob” tonight.

Great looking house, but don’t expect to negotiate its price 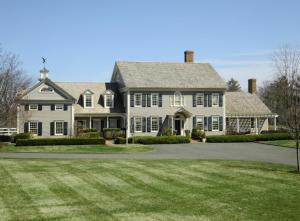 At least that’s the message I get from the pricing history of 449 Round Hill Road, now back on the market at $8.250 million. The owner listed it for sale for 18 months from February, 2011 until August, 2012 for $7.950 and wouldn’t drop its price a penny during all that time. Now he’s raised the ante, so come with your checkbook ready.

Price aside, this is a beautiful house and the listing accurately describes it as having a splendid view from one of the highest points in Greenwich. That’s a hike from town, mind you, but you can’t fight geography.

(Just as an aside, is there some photoshop algorithm that pops “Ninotchka” on the screen of home television sets for Realtors? Who doesn’t like Garbo, but how come she’s always there?) 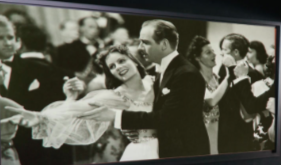 “Buy this house for me darling, and we’ll dance all night, every night!” 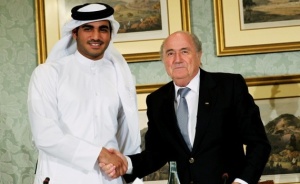 His word’s as good as gold

The executive, Ricardo Teixeira of Brazil, has since stepped down from the committee and has moved to the United States after Brazilian police opened an investigation into his business dealings.

The money was placed in a Rio savings account in the name of Teixeira’s daughter, and while there is no evidence that the money was linked to the World Cup bidding process, the transaction does raise questions.

Lance Armstrong, A-Rod and “Big Pappy” Ortize are heading up an investigation.

625 North Street reports a pending sale. I’ve always liked this 1795 home, but it wouldn’t sell back in 2013, when it started at $4.995 and finally got down as low as $3.9 million before expiring. Interesting, this time they came up from that last number and priced it at $4.385, and found a buyer. That person should have taken my advice of last June, and saved himself some money.

Comments Off on Sale, pendings 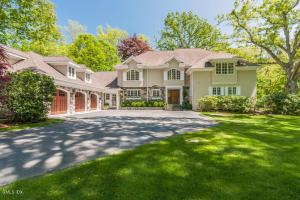 31 Meadowcroft, $6.395 million, which is what it sold for in 2004. No pictures up yet, but it has a colorful past – this is the couple that tore down the old Bolling estate,”Greyledge”, then changed their minds. I assume they’re divorced now but the former wife made the police blotter interesting for a couple of years, what with smashing her car into the husband’s garage and such not.

993 Lake Avenue, $2.449. Again, no pictures, but as I recall from when this was last on the market (it didn’t sell) it was a decent house, but down a very long driveway way up Lake Avenue, past St. Barnabas.

The race to destruction continues

California set to ban judges from associating with the Boy Scouts of America. The BSA doesn’t permit openly gay men to serve as scout leaders and this is discriminatory, says California. A 22-year leader serving as leader of 17-year-old boys? What could possibly go wrong? 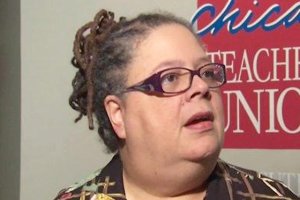 We have to prepare our graduates for a life of indolence, beggary and resentment

Chicago introduces mandatory curriculum in its public schools, teaching that all western knowledge was stolen from Africa and that the United States is a zionist state.

The curriculum covers kindergarten through tenth grade and is designed to align with Common Core. It includes a web link to TheAfrican.com, a website whose publisher decries “fake-Jews” and calls the United States a “Zionist-occupied enemy territory.” The site also claims that the world will end sometime this year and that President Barack Obama is “merely another trick of [the beast of the 4th Kingdom].” CPS began developing IAAAS after a push last year from groups that wanted to implement a state law passed in 1990 that required public schools to offer one unit on African-American history. But CPS went above and beyond, implementing the curriculum across all core disciplines, which include literacy, mathematics, science, social science, the arts, physical education and health. “The law said it had to be one unit devoted to the history of African-Americans,” Annette Gurley, CPS chief officer of teaching and learning told the Chicago Tribune in 2013. “What we’ve done is we’ve taken it throughout the year for all subjects, not just one subject.”

Fortunately, Chicago’s public schools produce graduating classes with 90% illiteracy rates so the students won’t be seriously be affected by this, but what about the 10%? Why should their time be wasted?

Before we get all weepy-eyed over Hurricane Carter’s passing, there’s this: he was guilty as hell 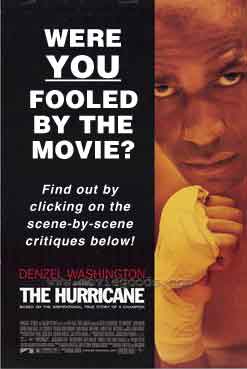 At least, many people think so.   Even his bail bondswoman, a (black) muslim, came to that conclusion after he punched out, concussing her and abandoning her unconscious,

A movie and a distorted folk song do not necessarily amount to truth. 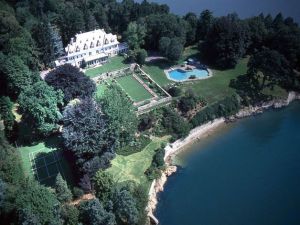 The reported sale of Copper Beech for $120 million was baffling because the property was simply not worth anything like that amount; I’d guessed $35-$45 million, others thought a bit more, but $120 million? Not a chance. The two rumors floating around were that the buyer was either (a) a Russian, seeking to move assets out of Putin’s reach or (b) Greenwich’s Ray Dalio, founder of the world’s largest hedge fund, Bridgewater. I could understand, maybe, a Russian paying a huge premium over market value for property if his primary concern was getting his money over here, but why on earth would Dalio pay so much?

It turns out, he didn’t. Dalio’s been “confirmed” as the buyer (confirmed by impeccable sources, but remember: ten years ago, Dick Cheney was convinced by his impeccable sources that the Copper Beech mansion was stuffed with WMD), and the speculation is that he bought the $120 million debt owed on the property at a steep, steep discount.

Now that makes sense. Copper Beech’s lenders loaned their money based on timberland owned in the northwest and the Greenwich property. The timberland plummeted in value when the feds shut down lumbering to save the spotted owl and the Greenwich property by itself was never sufficient to cover the debt. (The full history of the property and Copper Beech’s owner, John Rudey, can be found here, in the NYT).

Some years ago, when a workout of the loan was being discussed, Fudrucker was approached by an out-of-town appraiser retained by the lender to come up with Copper Beech’s value. FF and I spent a fair amount of time looking at subdivision possibilities and the value of the mansion itself and came up with that $35-$45 million value.

Whether or not that was the final figure the appraiser gave his employer is unknown, but it’s unlikely they were under any illusion that their loan was secured in full. So enter Ray Dalio. Mystery solved as to the buyer but remaining unanswered, so far, is the fate of the property: a donation to the town for parkland, as wishful dreamers hope, or the new location of Chateau Dalio?  Time will tell.