As Atlantic City goes, so too goes Hartford’s budget

Trump Casino Atlantic City to shut down this September, joining three other casinos that have failed. Dividing a fixed pie, and the gambling population is just such a static entity, into ever-smaller slices will make no one rich, yet every state seems determined to try it. Here in Connecticut, we seem to have made no budget preparations for the slow decline of the two casinos that prop up our spending even as neighboring states move closer to starting their own. “There’s always Greenwich” is not a long term, viable strategy, but it’s all they’ve got.

Bob A – worried yet?

“The penalty for treason is death.”  On the other hand, “give me liberty or give me death.”  Liberals like the first one.

Obama sics Justice Department on Omaha man who entered a float in his local Independence Day parade mocking the president.

When the government of the United States sends a Department of Justice official to investigate a political protest, that official carries with him the not-so-veiled threat of bringing the full weight of the federal government down on an offender. This year, it’s any criticism of the president because he’s half-black, and a protest against his policies can be construed as an act of racism, punishable by U.S. law. The next president could very well be a woman, and any criticism of her will be declared an illegal act of sexual discrimination. Eventually, any criticism of any political figure will be punished as a crime, and the liberals who cheered on this loss of liberty will look around, bewildered, and wonder why.

Here’s a great brain teaser for a Saturday afternoon: where IS everybody? 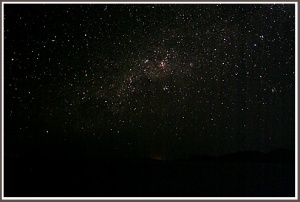 Hello? Anybody out there?

[T]he Fermi Paradox – the question of why we have not so far detected any intelligent extraterrestrial life. Astronomers and a few social scientists have been debating this issue for years. UFO enthusiasts, of course, believe the question has already been answered. But I think it deserves more attention than it has gotten so far from serious scholars in a variety of disciplines.

This recent Huffington Post article has a good summary of the issues involved, why they are important, and why they are much more difficult than we might at first think. It also describes some of the possible solutions to the Paradox proposed by various scholars. As the article explains, under plausible assumptions about the number of habitable planets out there, the likelihood of life arising, and the possibilities of communication and interstellar flight, we should by now have detected some intelligent aliens, perhaps even a great many:

SETI (Search for Extraterrestrial Intelligence) is an organization dedicated to listening for signals from other intelligent life. If we’re right that there are 100,000 or more intelligent civilizations in our galaxy, and even a fraction of them are sending out radio waves or laser beams or other modes of attempting to contact others, shouldn’t SETI’s satellite array pick up all kinds of signals? But it hasn’t. Not one. Ever. Where is everybody?

The WAPO columnist who penned the above links to a wonderfully lucid essay by Oxford University’s Nick Bostrom, which I strongly recommend – what better thing to you have to do with your time today? There is this to consider: what if we truly are unique?

Far worse than a dead skunk in the middle of the road: a live moose.

Nobody comes out well in one of these, as this Skowhegan moose and a Hundai driver learn.

Lt. Brian Scott, with Maine State Police, said there are ways to stay safe around moose on Maine roads. “Certainly, you want to be especially careful from dusk to dawn. That’s when moose and deer are going to be most active,” he told WMTW News 8’s Paul Merrill.

Scott said when a driver sees an animal in the road, the natural reaction is often to jerk the wheel to the side. But going off the side of the road can be even more dangerous than hitting the animal.

“If you find yourself in a situation where you absolutely cannot avoid contact with a moose, your best bet is to have a very hard application of the brakes. Slow down as much as you can. Just prior to impact with the moose, you want to let off the brakes, so the front of the vehicle will rise up slightly,” Scott said. Hitting a moose higher on its body could help you avoid having it fall into your windshield.

Scott said another tip for an unavoidable collision with an animal is to aim for its rear. That could help spin it around and away from your car.

My brother in law, “Cork” Wray, spent a career with the state DEP up in the Adirondacks and he told me that moose are not only coal-black, their eyes don’t reflect light, so drivers humming along a logging road at night have no friggin clue there’s a 1,500 lb obstacle in front of them until they slam into it. Ow.

She’s no enemy of MY people

This whole PC crap has always been ridiculous but it’s growing like a cancer, from “trigger words” giving one sensitive soul the power to ban books on her campus to, of course, forcing the Washington Redskins to change their name.

Just today, a reader of this blog chastised me for using the word “church” to refer to a synagogue because, according to her, it triggered dark memories of the Spanish Inquisition and the wicked deeds of the Catholic Church back then. Well boo fucking hoo, lady. There are some Jews who object to the word synagogue and prefer temple instead. Who wins that one? And I promise you that we can dig up some Palestinians who not only object to the term synagogue or temple, but because of their own memories, object to the very existence of Jews anywhere on earth. Whacha gonna do about that?

On the other hand …

Get along, go along, or shut up. It’s the American way, or used to be.

Poor kangaroos must be freezing!

Coldest day in 103 years. And in the middle of the summer (right, Walt?) 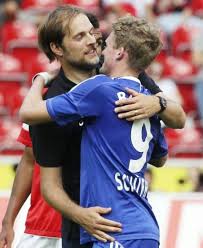 I’ll still respect you after the match, promise

Argentinian “tore his anus” while engaged with a Dutch player.

“When in doubt, keep them out — that is the mantra,” Michael Kaplen, a New York attorney told The Daily News. And far away.

These days, it can be hard to tell

Hard on the heels of the Stephen Spielberg Triceratops hunting poster come two more marvelously successful hoaxes. 1. Penelope the missing pregnant tarantula on Park Slope was just in fun, (“I never expected it to blow up,” [the joker told the NYT]. …  I actually didn’t know how to spell tarantula. I had to Google that.”;

2. New York State is not requiring lawn mower owners to register them and undergo an annual inspection, nor wear OSHA approved ear muffs, helmets and shoes when operating them, though one official is still worried:

Chautauqua County Clerk Larry Barmore says he could see how oft-taxed New Yorkers could fall for the hoax and says he hopes it “didn’t give anyone any ideas.”

Thanks to the internet, great minds can reach millions in minutes. It’s a wonderful thing.