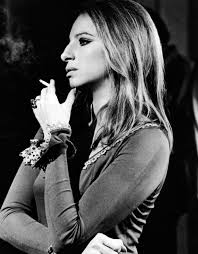 I want to be alone with my nose

Chances are, not many people had heard of Chicagoan (Arlington Heights, it looks like) Sabrina Kropp and her cocaine problem until she filed suit against her plastic surgeon for publicizing her image. Now, who hasn’t?

JULY 30–A Chicago woman is suing her plastic surgeon for publishing before and after photos of her facial reconstruction and labeling the images “Cocaine Nose.”

Sabrina Kropp, 55, alleges that Dr. Robert Walton posted the photos to his web site last year without her permission, according to a lawsuit filed yesterday in Cook County Circuit Court. The photos were taken in 2004 and were supposed to be kept confidential, Kropp contends.

The photos, which have been removed from Walton’s web site, were originally posted in a section highlighting assorted “nose procedures” performed by the 68-year-old surgeon.

Three “before” images (seen above) were captioned, “Pre-operative view of a cocaine injured nose with collapse of the nasal lining.” A trio of “after” images were described as “Post operative views of the cocaine injured nose following reconstruction of the nasal lining with a microsurgical Bat Flap. A stable nasal platform has been restored allowing for projection of the mid face. Rib cartilage grafts were used to provide structural support.”

According to her complaint, Kropp has suffered “great harm” as a result of the publication of the photos. Walton, she added, should have realized that the photos would cause her distress, shame, and embarrassment. 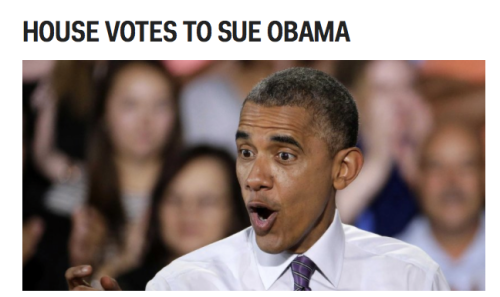 A naked man down on all fours, ankles bound, hood over his head, being walked on a leash by a woman wearing a purple nightgown.

A picture of the couple was snapped on a cell phone by a passing driver.

Tips led to an apartment building on Roney’s Point Road.

“The female at first denied any involvement,” Lt. Croft said. “We had a witness positively identify her, and she admitted it, as did the male.”

“They said it was consensual sex, a consensual sex game, and they were offended that people were stopping and calling them freaks,” Lt. Croft.

Deyell, who told deputies he was a willing participant, was not seriously injured, says Lt. Croft.

“Except for ligature marks, obvious ligature marks on his feet and ankles,” he added. “Other than that, he denied any injury. We won’t go into the other thing.”

One from the archives

While digging around for my earlier report on 186 Shore Road when it was new, I came upon this story from 2009, about Bill Clinton, foreign bribery and a “donation” of $31.3 million to the Clinton Foundation.

Part of it read:

Late on Sept. 6, 2005, a private plane carrying the Canadian mining financier Frank Giustra touched down in Almaty, a ruggedly picturesque city in southeast Kazakhstan. Several hundred miles to the west a fortune awaited: highly coveted deposits of uranium that could fuel nuclear reactors around the world. And Mr. Giustra was in hot pursuit of an exclusive deal to tap them.

Unlike more established competitors, Mr. Giustra was a newcomer to uranium mining in Kazakhstan, a former Soviet republic. But what his fledgling company lacked in experience, it made up for in connections.Accompanying Mr. Giustra on his luxuriously appointed MD-87 jet that day was a former president of the United States, Bill Clinton….

The monster deal stunned the mining industry, turning an unknown shell company into one of the world’s largest uranium producers in a transaction ultimately worth tens of millions of dollars to Mr. Giustra, analysts said.

Just months after the Kazakh pact was finalized, Mr. Clinton’s charitable foundation received its own windfall: a $31.3 million donation from Mr. Giustra that had remained a secret until he acknowledged it last month.

Read the whole thing – secret meetings in Chappaqua that were denied until they were exposed, then “remembered”, Hillary using her influence as a senator, cover ups, denials, bribery; the whole, typical Clinton method of operation. And they’re still at it.

Using zoning instead of your pocket book

The neighbor of 610 Lake Avenue will be sending her lawyers off to the P&Z Board of Appeals tonight to protest the razing of Ernest Thompson Seton’s “studio”, built in 1928. As the picture shows, the place is uninhabitable, with plastic tarps strung over the top to keep water out, etc. Ms. Betty Cobbs Brown tells the Greenwich Time (it’s behind the GT cash wall, and I refuse to pay $2.50 to see it) that she and her husband bought five of the 7 1/2 acres of what was left of the Seton property back in 1954 and have enjoyed it ever since.

That’s just fine, and I’m glad Ms. Brown has had a good time of it, but she could have purchased this parcel in 2012 for $890,000 and protected her seclusion while adding to her land holdings at a minimal price. I find it upsetting that she – or any owner, this isn’t directed at her – is allowed to avoid spending her money, yet can achieve the same thing merely by objecting to anything being built on it by the person who did pay up.

I’m fairly familiar with the property, although I didn’t represent either the buyer or the seller, and between the pond on the property and wetlands, with their own setback requirements, nothing can be built here without a variance. That’s okay – in fact, that’s why zoning systems are set up to have an appeals process – but I do find it objectionable for a neighbor to object to that building when she could have put her money, rather than her lawyer, where her mouth is. 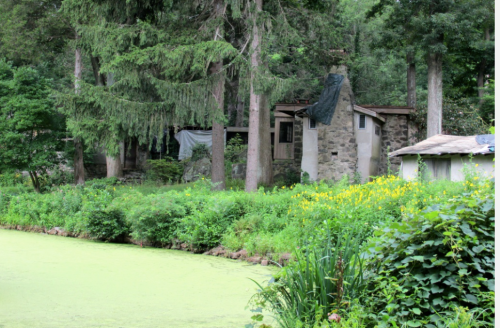 It sold for $3.224 million in October, 2012,  then came back on at $3.495 the next year and sold today for $3.265, pretty much right back where it started. The link goes to the old, 2012 sale but the house is pretty much the same, except that the new owners undid some unfortunate wallpaper choices made by the their predecessors, cleaned out the Rinfret look, and spruced up the kitchen.

Presumably the sale was triggered by a change of plans, rather than as part of a plan to flip-for-profit.

18 Hidden Brook Road in Riverside is new to the market today, asking $2.395 million. That’s a pretty good price for Hidden Brook, but I can’t tell from its pictures how much its been transformed from its 1965 developer-tract origins. Interior’s by Jim Hoffman, so that’s promising. Look forward to seeing it at its open house.

Imagine selling your nice, $800,000 Minnesota home and discovering what awaits you here 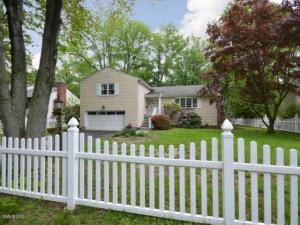 29 Midbrook Lane reports an accepted offer, $1.243 million. The GAR has removed its details from public view, but I can tell you this: it’s no $800,000 Minnesota mansion.

Lampshade askew, toppled picture, must have been a hell of a party in that bar

It took a year, but 48 Orchard Street got its price.

April contract, just closed for $1, 482,500. The picture’s deceptive – this house was totally redone and expanded in 2007 and it’s a great house. Draw back is its location on busy Orchard Street, but that also places it within walking distance of school, shops and even (long walk, but I watch people do it every day) the train. So I get it. It came on at $1.695 million at the end of March, 2013, and wouldn’t sell, but when it was dropped to $1.495 this past March it went in less than three weeks.

Will history repeat itself?

This house has some really, really great features, including a glass “wall” that opens the living room to the sea, for breezes, views and what must be an incredible entertaining flow between home, terrace and pool area. Big, airy rooms and top quality finishes. The negatives are the beach traffic on Shore Road (though to be considered is that, after sunset, when Tod’s is closed, Shore becomes a very quiet dead end), and the cluster of less expensive houses between this one and the water.

It’s a matter of personal preference, of course, and I’m curious to see where this one ends up on the price scale.

Won’t you be my neighbor?

The woman who would be king 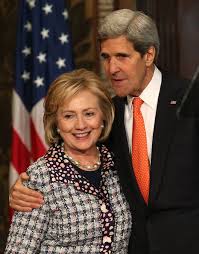 So who are the idiots, them or us?

Hillary: Hamas hides its missile sites and armaments in hospitals and schools because Gaza’s so small, there’s no place else to put them

Speaking to journalist Jorge Ramos yesterday, Former Secretary of State Hillary Clinton suggested that Hamas operates in civilian populated areas in Gaza because it’s “pretty small.” “The problem is, and this is something, I’m not a military planner but Hamas puts its missiles, its rockets in civilian areas, part of it is that Gaza’s pretty small and it’s very densely populated.

Katie Pavlich of Town Hall points out the obvious:

Hamas doesn’t operate in civilian areas because it’s a “pretty small” place, not even “in part.” Hamas intentionally and deliberately operates in civilians populations, including in schools and mosques, in order to get innocent Palestinians killed so they can use dead bodies as propaganda against Israel. Hamas purposefully uses human beings as shields. Period. Hamas doesn’t operate inside civilian areas “in part,” that’s where their entire operation and propaganda campaign is based.

We keep hearing how smart Obama and his former and current Secretaries of State are. Just for the sake of argument, let’s grant that; in which case, the administration’s decision to ignore Israel, Egypt and the Palestinian Authority and negotiate instead with Hamas, whose charter calls for the complete destruction of Israel and Jews, and Turkey and Qatar, both enemies of Israel and, in Qatar’s case, one of the largest funders of terrorists world-wide, suggests that Obama and his crowd are doing so deliberately. They aren’t naive or innocent, as persons of good will might consider them, but  implacable foes of Israel.

Yet both Hillary and Obama will continue to receive huge donations from super-rich Jews in Hollywood and New York.