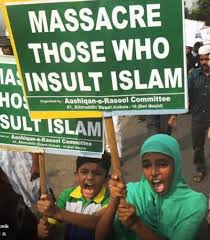 Republican who asked what Muslims have contributed to “the very fabric of America” is forced from his job (by fellow Republicans, even – election eve draws nearer).

A Virginia Republican Party official resigned Wednesday night over a post he made on Facebook questioning Muslims’ contributions to the ‘fabric’ of America.

The post was a critique of President Barack Obama’s statement that the Muslim holiday Eid-al-Fitr ‘reminds us of the many achievements and contributions of Muslim Americans to building the very fabric of our nation and strengthening the core of our democracy. ‘

‘It is one thing to be gracious on religious holidays, but this is pure nonsense,’ Bob FitzSimmonds, the unelected Treasurer of the Republican Party of Virginia, said in a comment accompanying Obama’s quote.

‘Exactly what part of our nation’s fabric was woven by Muslims? What about Sikhs, Animists, and Jainists? Should we be thanking them too?’ he asked.

Funny, I was wondering the same thing, and I’ll bet millions of other Americans were too. 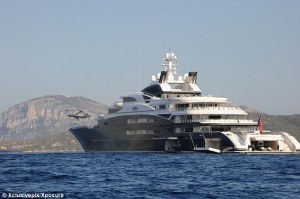 Windows of opportunity, and greed

Bill, family and friends are vacation on a 450-foot, $330 million super yacht, helicoptering to tennis games and jet skiing in the Mediterranean.  Understand, I don’t begrudge Gates a penny of his $76 billion; it wasn’t mine, I have no claim on it. What does frost my cupcake, however, is being lectured to by his ilk about my own “greed”, and, worse, being told I must stop spewing carbon dioxide into the atmosphere so that there’s more room for his.

Gates has some unconventional ideas about how to counteract climate change. The billionaire thinks geo-engineering, which involves large-scale projects that manipulate the atmosphere to counter global warming, could be useful.

“But one of the complaints people have against that is that if it looks like an easy out, it’ll reduce the political will to cut emissions. If that’s the case, then, hey, we should take away heart surgery so that people know not to overeat,” he said.

You can take that political will, Bill, and shove it up the tailpipe of your helicopter.

The next champion of the 99% 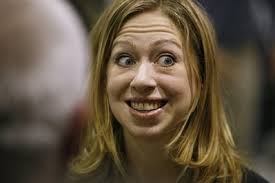 Bill and Hillary have rented a vacation spot in the Hamptons for the last three weeks of August, for $100,000. “We gave up the first week,” Hillary explained to FWIW, “to show our solidarity with the middle class, many of whom won’t be able to take a full month vacation themselves  this year.”

It’s awesome to reflect that Bill and Hillary are the first of American royals to have made themselves multi, multi-millionaires by doing nothing except cash in on his service as president. They’re the first, but certainly not the last; barring an executive order extending his reign, Barry and his wife will be hitting the lecture circuit in 2017.

We just control you ’cause we can

Michelle O: “Nobody really cares what you had for lunch.”

Compare and contrast, as is taught in school 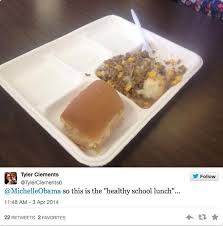 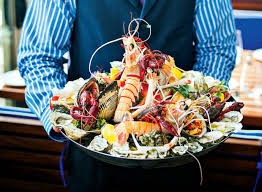 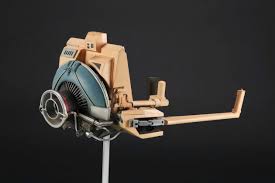 Startrek “Plasma Thruster”, as approved and verified by NASA

NASA paper: Global warming is probably still occurring, even though we can’t explain why it isn’t.

It’s interesting that NASA is perfectly willing to accept the possibility of a perpetual motion machine, despite all scientific evidence proving it’s impossible, yet clings ferociously to a brand new theory of global warming, invented just thirty years ago, in the face of ever-increasing contradictory evidence.

Even government scientists can figure out which side their bread is buttered on.

The Perryridge of our Northeast Kingdom

The Stanley Cheslock Circus up at 309 Taconic Road is back on the market again, this time asking $13,750,000, perhaps on the curious reasoning that renting it out for the past year has increased its value from the $9.750 it was going for then. This a prime folly in the classic English sense; an edifice created on whim by a man who, at the time, had more money than he could sensibly spend. Alas for Mr. Cheslock, his fortune disappeared just as this -thing- was being completed, and he’s been trying to unload it ever since. 21 acres, 23,000 sq.ft. -or so; who’s counting? – its price has been as high as $31 million, as low as $9.750, and everywhere in between, dipping, then rising again each time a new broker comes in with the promise that she’ll be the one to find a buyer.

The price, I suspect, is actually irrelevant, because either a mad Russian will turn up who won’t care what this costs or, eventually, the creditors will prevail, the building will be razed and the site will return to its land value, which could be, what – $6.5 million?

Great place for fund raisers, though. Maybe the Junior League could buy it, hold debutante balls there and, while they’re at it, build a public pool and a synagogue. 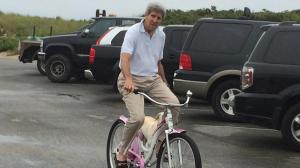 Anyone seen my windsurfer?

The US has abandoned the Kurds, our only true allies in Iraq, to ISIS.

Another day, another Middle Eastern defeat. On Sunday the Islamic State in Iraq and al-Sham, or ISIS, ousted Kurdish forces from three towns in northern Iraq and laid siege to the country’s largest dam. The question now is whether the Obama Administration will abandon our long-time Kurdish allies as they battle the jihadist army.

ISIS is now slaughtering all minorities in Iraq. “Even Genghis Kahn didn’t do this”.

Today, NATO reported that Russia is massing troops on the Ukrainian border.

Where is our Secretary of State these days? On Nantucket, riding a pink bicycle. God knows where “the smartest man in the room” is, but then again, who cares?*

* I shouldn’t have bothered looking it up. Turns out he’s getting ready for his own vacation on Martha’s Vineyard next week by dining out at Fiola Mare, one of DC’s restaurants for the 1%. 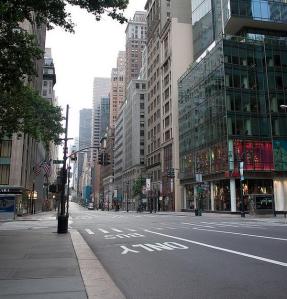 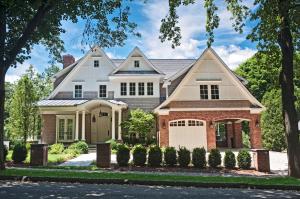 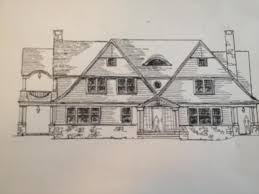 12 Oak. Phew! Just when we were worried about a shortage of neo-victorian-shingle style-eclectics ….

On the other hand, and no surprise, the builder of new Riverside construction on 12 Oak Drive, still yet-to-be-built, raised its price today, from $4.395 to $4.495 million. I’ll bet he gets it. 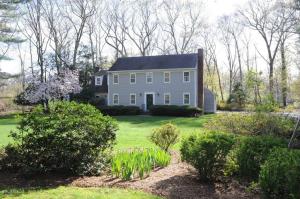 12 Serenity Lane. Ask for me tomorrow and you shall find me a grave man.

12 Serenity Lane, off Mimosa, one acre, $1.495 asking price. For the price, this looks like an attractive deal, though I’m a little worried about the “Serenity Lane” part; it sounds like a road leading to a cemetery. So far as I know it does not, but the listing agent’s copy, “Renovate, expand, and live here forever” makes me wonder.

UPDATE: If the buyers’ agent were any good, she’d have this framed and printed as a house warming gift. 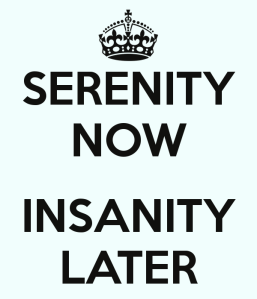 What, they’ll be moving to Riverside?

Well then, how about your nephew-musician, Johnny “Chainsaw” Fountain?

My brother Antony was concerned about the presence of a musician in that Montana coffee house:

The axe playing dude would keep me out of there no matter how hand-crafted the coffee.

It could be worse, Ants. 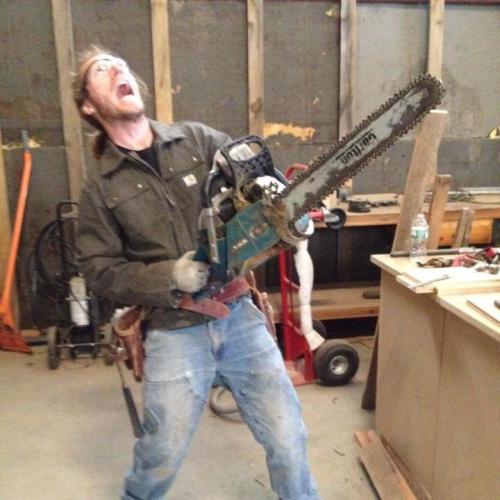 If this had happened in NYC, she’d be on the payroll for life

Some local parents were disturbed about the strange incident.

“I don’t know, as an adult, I just don’t know how you can be a professional teacher and teaching young people, and then show up drunk,” said Frank Sandiford, the parent of a Wagoner High student, according to KOKI.

Mr. Sandiford has obviously not had an opportunity to speak with an NEA representative, who could explain the matter to him and place it in its proper perspective.

Back on the market 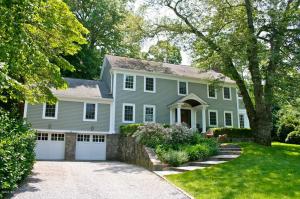 92 Wesskum Wood, the Old Greenwich section, $2.395 million, [link now corrected] was reported under contingent contract last month but it’s back today. Could be financing, could be any number of things, so I won’t speculate. It is a Lockwood & Mead listing, but I’m not involved. At this price, in this location: overlooking Binney Park – it seems a pretty good value, and I’m trying to be objective here. You visit, you decide.

Can you guess from this photo which of the customers shown below are there for the cakes and pastries and which the coffee?

“MONTANA: The sister-owned Crooked Tree Coffee & Cakes in Great Falls is known for more than its bold, hand-crafted coffee: It’s also a fully operational custom cake bakery. Get a slice, or a cupcake, to go with your joe.” 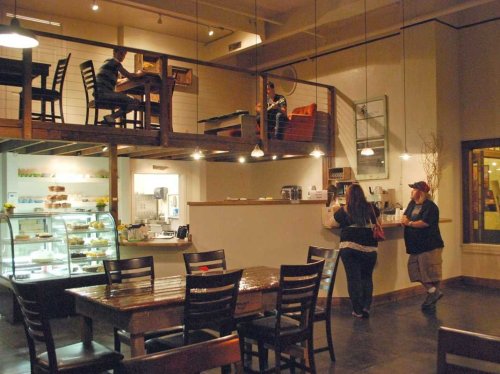 Well, the Constitution does 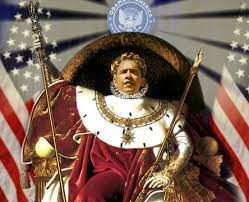 Power from the people, right on

In fact, it demands it.

Obama: “The American people don’t want me just standing around while I wait for Congress to do something.”

The man who would be king may be surprised to discover what “the American people want” once he takes his dictatorial impulses away from the cloistered world of White House supporters and enforces it on those people. When, by executive fiat, he brings in another 5 million illegal aliens, just as a for instance.