Well it certainly wasn’t the last, but it may have been his first lie (on a national scale)

Obama the candidate: I will take no vacations while president, and the American people should have no patience with a president who does.

Another bank coming to Cos Cob? 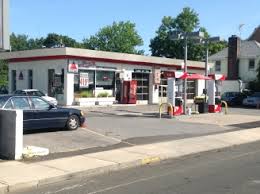 The Citgo station diagonally across from Dunkin Donuts in Cos Cob has just hit the market for $3.5 million. That’s too bad, because I always enjoyed the price competition between this one and the Gulf station adjoining it. One of them would raise or lower his price and the other would match it, usually within fifteen minutes – they must each have employed pump jockeys assigned exclusively to keep an eye on the neighbor’s signs.

By our fruits, ye shall know us

This is the public face we put forth to the world to let them know who we’ve entrusted with world peace.

Should be fantastic views and, while I haven’t actually fished this place, the rock structure seen just off shore in the aerial view would indicate outstanding nighttime striped bass fishing, right off your own seawall. That’s worth five million right there. 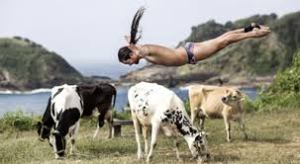 Polish couple falls to their death while taking cliffside selfie.

Scientist: global warming will be a boon for CT consumers, farmers

Far more vegetables, sooner, and even two harvests a summer. Personally, I’m a bit dubious, as we continue to experience one of the mildest summers on record and the coldest in a decade, and global warming itself has stalled for the pst 18 years in complete contradiction of the “settled science”, but I admire a scientist who can see the bright side amidst all the doom and gloom of the hysterics.

21 Cedarwood Drive, asking $2.595 million, reports a pending sale. there’s 2.27 acres, with some wetlands, and a house, which I doubt will see the snows of tomorrowyear. Interesting, to me at least; I was recently asked to opine on the market value of a similar parcel on a similar street and I’d figured $2.5, high, to $2.350, low. Looks as though these lots have nudged a bit higher than that.

Dick Bluemnthal finally finds a soldier he can respect

They’re training terrorists and sending them back to our shores, she warns. Her pals don’t care.

Senate Majority Leader Harry Reid, D-Nev., said in a statement that he looked forward to ongoing consultation as the ISIL situation develops.

“I support President Obama’s decision to send humanitarian air drops to the thousands of stranded Iraqi civilians who have been forced to flee their homes and are at risk of dying. I also support the President’s decision to launch air strikes as long as no combat forces are on the ground,” Reid said. “These air strikes are the correct action for our national security, they will protect American interests and save lives in Iraq.”

Sen. Richard Blumenthal, a Connecticut Democrat, cautioned against the risk of mission creep, however.

“I oppose open-ended military commitments, which the President’s actions in Iraq could become. Humanitarian relief is necessary to prevent genocide and provide food and water to meet an urgent emergency, but the President owes the American people a better, fuller explanation of the scope and strategy of military actions,” said Blumenthal. “I am deeply concerned that these actions could lead to prolonged direct military involvement, which I would strongly oppose.”

One can be wary of recommitting ground troops to Iraq, but to declare such an option dead, ahead of events, is as damaging as Obama’s setting a time table for removing them in the first place; it sends the message to our enemies that they only have to wait us out and they’ll be free to resume business as usual. 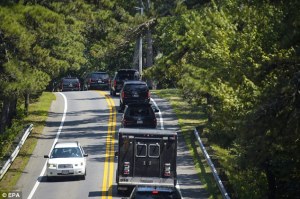 Off for quiet time with the boys – Mr. Obama refuses to play sports with girls

Obama played another round of golf yesterday and again, he was accompanied on his round with three of the top experts on world and national affairs:

Yesterday, Mr. Obama was joined by Mr. Walker, Mr. Rashad, and NBA shooting guard Ray Allen. Allen most recently played for the Miami Heat, but was a Boston Celtic for years before that.

Our president had other company too: “Obama was escorted to the Farm Neck Golf Club, in Oak Bluffs, Massachusetts, by a huge motorcade, which included a SWAT team and two snipers who peered out of an open trunk.”

“While most of the 23 vehicles carried flunkies and suck-ups,” White House spokesman Joshin Earnest told FWIW, “the snipers and stuff were for Ahmad. President Obama is the most beloved public figure in the history of the world, but that Ahmad, the things he says on ESPN – gosh, that can sure stir up the masses; whoo boy!”

Yeah, let’s go find out who his Secretary of State was the past five years, and keep her away from the Oval Office!

Ya don’ know how to do it, I’ll show you how to wag the dog