Best concluding line of the day 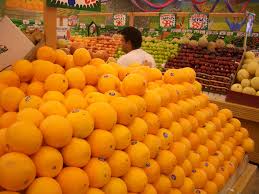 Seventeenth century mathematician Johannes Kepler defined some basic rules for  how the planets move, and given his predilections for contemplating spheres, he suggested in 1611 that the most efficient way to stack spheres was in a pyramid formation.

But he was unable to prove it in a mathematically satisfactory way, and the idea remained unproven for 400 years. New Scientist reports that a scientist named Thomas Hales successfully confirmed Kepler’s hypothesis to be true this past Sunday with help from a computer.

Hales first proved it himself by hand in a 300-page paper in 1998, but his solution was only deemed 99% certain to be correct. Seeking that last 1% of certainty, he enlisted help from computers under what he called “The Flyspeck Project.” Two computer programs, Isabelle and HOL Light, went to work formally validating each of the steps in logic required to arrive at the conclusion that spheres are most efficiently arranged in a pyramid shape.

Sure, Hales is glad at having his hard work confirmed to be totally correct, but the real significance of the Flyspeck Project is that computers can do the tedious work of double-checking logical proofs while mathematicians are left to ponder their next great problems.

“This technology cuts the mathematical referees out of the verification process,” Hales told New Scientist. “Their opinion about the correctness of the proof no longer matters.”

All that is fascinating, of course, but here’s Mr. Love’s own contribution of genius:

Grocers around the world rejoice as they continue stacking oranges the way they always have.

4 responses to “Best concluding line of the day”