But I won’t get the credit, damn it, or the commission 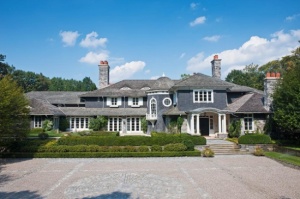 The Little Cottage That Could, at the right price

David Stockman’s 15,000 sq.ft. castle at 105 Conyers Farm has languished on the market since 2010, when he brought it on at $23.5 million. That price barely budged through the years and as recently as just a few months ago he still had it at $19.750, This July  he dropped it to $13.4, and I complemented him for his sagacity. Today, it’s reported as pending.

I’m a little cheesed that Stockman chose to return to his original broker when he decided to lower the price, because it was that broker and agent who persuaded him to price it so ludicrously in the first place. But I imagine he might still be miffed at me, for accurately appraising his home and crushing his delusions in the NYT back in January.

“For $9 million, it’s a nice little house,” [Mr. Fountain]  said. “But these types of houses don’t age well. There is just too much horse crap out there on the polo fields.”

9 responses to “But I won’t get the credit, damn it, or the commission”