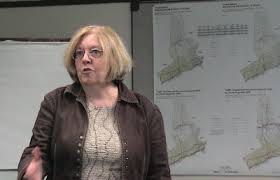 And I demand a government doublewide

After throwing a monkey wrench into the works at last month’s P&Z hearing on the matter, the expansion of affordable housing at Adams Gardens in Old Greenwich is going forward. You can read the article to get the details,but basically, Savageau, a large woman employed by the town as our “conservation director”, claimed that she wasn’t satisfied with the evacuation plan for the exiting complex (which has been there since 1949) because it housed “some of our most vulnerable residents”. Housing Chairman had the right response:

Despite the likely approval of the project at the Planning and Zoning Commission’s September meeting, Romeo said he remained frustrated by the unnecessary delay.

“I’m just upset by the fact that some of the statements made were misleading,” he said. “I felt that (Savageau) was denigrating the people in public housing, like they need government to care for them. I just take offense to the attitude that government is the only answer.”

These “affordable housing” apartments are rented to town workers and other families, with income limits of, I think, somewhere around $65,000 per year. The only thing “vulnerable” about them is that Savageau considers them wards of the state, and thus her responsibility.  They aren’t either, and Savageau’s attempt to portray them as such should have resulted in her being booted out of that first P&Z meeting, rather than listened too, however cursorily.

Does Peter Tesei even understand that he has the power to hire and fire people like Savageau? Would someone please inform him that he does? And lend him a backbone to do it?