What I just said 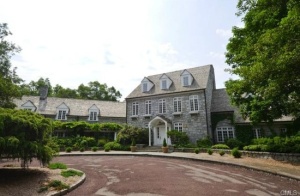 2 Cowdray Park Drive (or 11 Hurlingham, your choice) once owned by former Conyers Farm resident Corey Kupersmith and now in the possession of People’s United Bank, sold for $8.9 million in 1999 and is on the broker open house tour today for $5.8. Some of Kupersmith’s history was reported here last year, but my favorite true story of the man, and his character, can be found in this 2005 law suit*  he brought against Wingfoot Golf Club  for rejecting his application for membership. No one I know, including his former business partners and the residents of Martha Vineyard, where he tried to develop a huge tract of land,** will miss him.

In any event, it looks to me that the bank is out $4.6 million on this loan – I might try $3.9 as an opening bid and see where it gets you. Thirteen acres, even if the house is now obsolete, so it must be worth something.

*The case, dismissed in its entirety, sets forth these delightful observations of Kupersmith’s behavior and character by members opposing his admission:

The remaining nine letters sent to the Admissions Committee in March, 2004, aver in pertinent part as follows:

Fitzgerald writes that plaintiff has a reputation being ill mannered, self-centered, overbearing and obnoxious, little

regard for the rules of golf….., and not in the category of a gentleman of honor, integrity and good character.

Marcato writes that plaintiff’s rude and overbearing behavior at Jupiter Hills Golf Club in Florida…. the behavior of Mr. Kupersmith is totally inconsistent with that of a Winged Foot member.

Wullschleger writes that plaintiff’s aggressive and self-centered behavior does not qualify him for membership in Winged Foot.

Queally’s letter describes plaintiff as abrasive and self-serving bordering on boorish, selfish, and lacking social grace, concluding that admitting plaintiff to the club would do a disservice to the membership.

McDonald writes that his significant personal experiences with plaintiff were all bad and revealed plaintiff’s divisive attitude, condescending tone, and arrogant, often pompous attitude; plaintiff’s membership in the club would be a disservice.

Queally, Jr. writes that plaintiff has blatant disregard for the etiquette of the game and of his playing companions describing plaintiff as the single rudest person he ever played golf with, noting plaintiff’s enormous pre-occupation with his business success and the arrogant, boorish, self absorbed behavior he continuously displays. 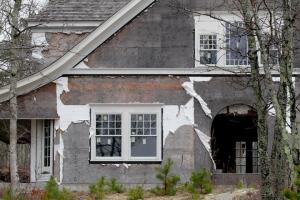 30 responses to “What I just said”