WSJ: What happens when your  husband buys a house without telling you?

Mostly good things, eventually, but there was this unfortunate incident:

Surprises work best when the buyer has a clear idea of what the spouse is looking for in a home, agents said. Or as real-estate agent Ryan Serhant put it: “If you’re going to surprise them, make sure it’s awesome.”

Mr. Serhant surprised his fiancée, Emilia Bechrakis, with a $3.7 million, three-bedroom apartment at Renwick Modern, a Manhattan condominium building he is marketing. Since he’s in the business, “she trusts me” when it comes to real-estate decisions, said Mr. Serhant, who is with Nest Seekers International.

But he has also seen situations where surprises didn’t go over well. In one instance, he said, a husband bought his wife an apartment in New York when she wanted a place in Miami. “She was upset, and he ended up renting it out—it was a big disaster,” he recalled.

Perhaps he should have considered that before breaking the Sixth Commandment

Hayes and another man, Joshua Komisarjevsky, were sentenced to die for the murders of Jennifer Hawke-Petit and her daughters, 17-year-old Hayley and 11-year-old Michaela, at the family’s home in Cheshire, after having terrorized them for hours. The victims were tied up, two of them were sexually assaulted and their bodies were found after the home was set on fire. Hawke-Petit’s husband, Dr. William Petit, was severely beaten but survived.

Hayes describes himself in the lawsuit as an orthodox Jew and says he’s been requesting a kosher diet since May 2013. He said the department does not have a “reliable orthodox certification that ‘guarantees’ with certainty that the food and process is kosher.”

[H] is religion requires “strict adherence, not close enough.”He says he has suffered “almost two years of emotional injury from having to choose between following God and starving or choosing sin to survive.”

Imagine if the Koch brothers did this

And the best thing about my plan, Barry, is that it exempts speaking and royalty fees, beginning in 2017

Berkshire Hathaway Inc. has agreed to buy battery maker Duracell, acquiring the sort of simple consumer business that Warren Buffett loves but with a complex deal structure the billionaire has increasingly used to minimize his tax hit.

The unusual twist in this deal is that Berkshire is buying Duracell from owner Procter & Gamble Co. by using the consumer products giant’s own stock. Berkshire, one of P&G’s top shareholders, will hand over its entire $4.7 billion stake in P&G. In return, it will get Duracell, which P&G will shore up with $1.8 billion in cash.

P&G has been looking for a buyer for Duracell since 2007, but the potential tax hit has been a major obstacle to a sale. The problem is its low tax basis. P&G got the brand as part of its $53 billion acquisition of Gillette in 2005, and Gillette had acquired the company as part of another all stock deal struck in 1996, so a cash sale to a third party could have triggered a big tax bill on P&G’s gain over a value set years ago.

Mr. Buffett, meanwhile, gets to exit his big stake in P&G without paying the taxes that would otherwise be due on his gains. Berkshire, which acquired the shares when P&G bought Gillette, has been paring down its holdings but as of June 30 still held nearly 2% of the company, according to FactSet.

Berkshire’s cost basis for its P&G shares, worth $4.7 billion, was $336 million, according to the company’s 2013 annual report.

Nothing wrong with this at all, except that the progs claim that all tax avoidance is evil unless, of course, it’s done by Hollywood stars, Democrat billionaires and friends of Barry’s, like Warren.

Now that Jonathan Gruber has slipped up and told the truth, no one wants to claim him

Well you can’t expect me to lie ALL the time; I’m not a politician

Besides the “We relied on the stupidity of the American people when drafting Obamacare” quote, the other reason for disowning Gruber is that he told the truth a second time, and that error will almost certainly blow the Obamacare case currently pending in the Supreme Court sky high.

“First, some context. The Supreme Court recently agreed to hear King v. Burwell, a challenge to ObamaCare’s Federal subsidies. In short, as the law is written, citizens of states that declined to create their own exchanges are not eligible for tax credits. But defenders of ObamaCare are now charging that this was simply a “typo,” and that Congress always intended to cover all customers of the exchanges.”

Jonathan Gruber has been making this case. And yet, as Dave Weigel notes,

“at a January 2012 symposium, Gruber seemed to be making the conservatives’ argument. ‘What’s important to remember politically about this is if you’re a state and you don’t set up an exchange, that means your citizens don’t get their tax credits—but your citizens still pay the taxes that support this bill,’ said Gruber. ‘So you’re essentially saying [to] your citizens you’re going to pay all the taxes to help all the other states in the country.’

Who listens to these people?

Though they’re forecasting $75 per barrel by the end of 2015 and $70 by the end of 2016, they add: “Given the current negative sentiment in the market, it is clearly possible that $70 could be hit much sooner … we believe that lower oil prices are here to stay.”

Because they deserve to be punished for bad grammar? 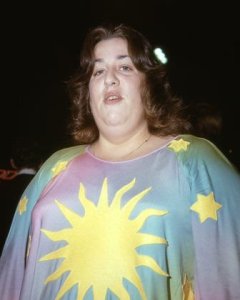 What goes well with a ham sandwich?

Fat women protest Old Navy’s policy of charging them more for their muumuus. Bad enough they’re demanding that they pay the same price for 15 yards of denim as an ordinary fellow pays for 1, but their petition demonstrates that they were too busy stuffing cookies and Ding-Dongs into their mouths during English class to learn them some grammar.

“I don’t understand why myself and women like me are being singled out and forced to pay more by Old Navy, when our male counterparts are not,” the petition says. “This is entirely unfair and offensive on many levels.” 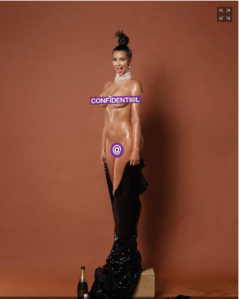 Having bared her bottom, the Kardashian creature turned around. When all you have to sell is your oiled body, what do you do after you’ve shown all there is to see?

Looks like it will be below freezing every night for at least the next week. That’s good for deer hunting – gets Bambi stirring as soon as the sun comes up, but perhaps unpleasant for the last of the sunbathers at Tod’s Point.

Rifle season starts Wednesday, by the way, so if you do go into the woods, wear a puffy orange jacket.

Going down while backing up

Louisiana’s beleaguered Dem. Senator Mary Landrieu, who three weeks ago was blaming her impending defeat on the racist, sexist people of her state, now says it’s about jobs: more specifically, the Keystone Pipeline project, that would bring crude to her state’s refineries, so she’s appealing to her party to stop stalling and vote for her opponent’s bill authorizing it.

[T] he incumbent Democrat took to the floor of the U.S. Senate Wednesday to plead with her colleagues to approve the Keystone XL Pipeline bill. It remains unclear whether soon-to-be Senate Minority Leader Harry Reid, D-Nev., will allow a Senate vote on a bill he has been blocking for months.

“I believe it is time to act,” she added. “I believe that we should take the new majority leader at his word and stop blocking legislation that is broadly supported by the American public and has been for quite some time. I want to say yes to new Majority Leader Mitch McConnell. The time to start is now. The public has clearly spoken.”

“Depend upon it, Sir, when a man knows he is to be hanged in a fortnight, it concentrates his mind wonderfully.” Samuel Johnson, 1777

In a related story from Texas, Wendy Davis was warned by her campaign consultants last January that her senate campaign was headed for disaster if she continued to run as a national liberal feminist with ties to Texas. She fired the consultants.

Echoing the criticisms of many conservatives, the consultants wrote that Davis’ campaign was portraying her as a “national Democrat, appealing to liberal donors in the mistaken belief that there is a hidden liberal base in Texas that will turn out to vote if they have a liberal candidate to support.”

Davis attended star-studded fundraisers in Hollywood and New York — about 27 percent of her fundraising in the first quarter came from outside of Texas.

On Feb. 11, the consultants tried again to stage an intervention — after they had been fired — by writing another letter to staffers.

“Running Wendy Davis as a generic national Democrat is not only the quickest path to 38 percent, it’s also a huge disservice to Wendy, her record and the brand she has built,” the consultants wrote.

Their prediction was pretty close — Davis got just under 39 percent.

Hmm: a Democrat running in Texas on her party’s platform of shutting down the oil industry, live-birth abortions and gun confiscation – what could go wrong?

A couple that prays together may stay together, but …this?

This is not your father’s sanitary unit

Floor to ceiling glass in the bathroom, with his and hers (or, this being NYC, his and his, hers and hers, or hers and its) facing toilets.

One couple pondered the dueling commodes of the C-line at 737 Park with [amused] interest. “Well, I guess we could watch each other read the newspaper,” the wife said finally.

Barbara Sallick, a co-founder of Waterworks, the glistening bazaar whose jewel-like hardware and five-figure tubs like the ones at Walker Tower have become entrenched as totems of the good life, said recently that the American luxury bathroom has been growing for nearly two decades, both as an idea and in actual square footage. “Twenty years ago, we were just emerging from the puritanical era,” she said. “Because it’s Manhattan, not Birmingham, it’s bigger, better, more.”

Still, a tub in a glass box floating high above the urban landscape seemed like a curious choice to her. “With the bath against the window, there is great light during the day but this sense of coldness at night,” Ms. Sallick said. “Nothing to make you feel closed, warm and private. And there is the cityscape that is in itself sort of active, so how do you ratchet that down? All the glass and all the white is beautiful, and it’s hygienic, but it’s cold. It feels more like an operating room. I wonder if it’s for a younger, cooler, audience, someone in a hurry.”

Ms. Gallagher was fascinated by the double toilets facing each other in their glass boxes. “I guess I’m hopelessly bourgeois,” she said. “I would rather be alone. It was the rich that were able to separate the toilet” — what Mr. Jaklitsch calls “the third rail” of bathroom design — “in another room. It’s interesting to me now if you’re really rich, you’re rich enough not to have privacy in the bathroom.” (She invoked the habits of Louis XIV and Lyndon B. Johnson as a wincing referent.)

One of the units offering a view of the poop and of you, the 90th-floor penthouse, has already sold for $47.5 million.