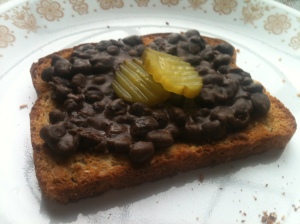 S**t on a shingle

The action comes after activists from The Humane League of Philadelphia and the Washington, D.C.-based Humane Society “worked to build support for meatless menus in Philadelphia schools.”

“We support it because it’s a great way to reduce the number of animals suffering on factory farms.”

The SRC made the decision to “satisfy tastes of a diverse student body.” The school system provides interpretation and translation services in 10 languages, including Arabic, Spanish, American Sign Language, Chinese and Vietnamese, as well.

The newspaper notes Buffalo, Detroit, Houston and Los Angeles have signed on as well.

We’ve moved from pressuring children to recite the Pledge of Allegiance to joining in every politically correct movement foisted on the country by zealots of the left. Home schooling keeps looking better.

Boston recently endorsed the campaign, too.

On Mondays, students in Boston Public Schools are “filling their trays with black bean burrito bowls, garden fresh salads topped with chickpeas, protein-packed chili, and more,” according to the Humane Society.

The organization takes credit for the school district making the move to embrace what the group calls “compassionate eating.”

UPDATE: I was curious how well Philadelphia’s doing with actually educating its students, since the city feels it has time to devote to indoctrination into new social agendas. Turns out, 2/3 of the adult population is functionally illiterate. So actually, the new vegetarianism program makes sense: if they can’t read, these people will never be able to make both ends meat.