The lawyers weigh in on freedom of religion laws

Many people, chiefly on the left, have criticized such laws, in large part on the grounds that RFRAs might let religious objectors claim exemptions from antidiscrimination law — especially with regard to state and local laws that ban discrimination based on sexual orientation.

That’s a plausible criticism, it seems to me, though I suspect a somewhat overstated one (and of course its merits turn on one’s views about just how important broad sexual orientation discrimination bans really are). And I agree that many backers of such RFRAs today support them in part because they sympathize with such religious objections, especially with regard to participation in same-sex weddings and commitment ceremonies.

Maybe the ACLU and many in that movement have changed its mind on the subject. They are certainly entitled to do so. But it’s worth noting that there is something of a change of mind going on, and that perhaps some of the old criticisms of Justice Scalia — who wrote Employment Division v. Smith (1990), which largely overruled the religious exemption rules that Justice Brennan had advocated — should be retracted.

Yes, I’m so old that I can remember when all right-thinking people deplored Scalia’s Smith opinion and saw RFRA as a moral duty. But that was when cute, peyote-using Native Americans might benefit; now that it’s those beastly, mouth-breathing Christians in flyover country who might benefit, religious exemptions are obviously horrible.

Posted at 6:30 pm by Glenn Reynolds

Anyone going to Detroit in the near future?

here’s one closer by: “Makkah Pizza in Harlem in New York The pizzeria caters to the Muslim community in the area and proudly proclaims No Ham On My Pan on its advertising”

Jim Treacher has a brilliant idea:

Someone should walk into a Muslim-owned pizzeria with a camera, demand a bunch of ham & bacon pizzas for a gay wedding, and film the reaction. It’s fun to think about all the lefty skulls bursting wide open from the cognitive dissonance.

I’m not aware of any Muslim pizzerias in the local area, but Michigan must be full of them. Oh please, oh please?

And another tax hike

Obama moves to permit states to add tolls to the Interstate highway system.

The GROW AMERICA Act would eliminate restrictions held in place since the creation of the Federal Interstate System, according to a summary of the plan’s provisions, allowing states that receive permission from the Secretary of Transportation to toll existing Interstate highways “in order to make improvements or to manage congestion.”

Since its creation in 1956, interstates have been funded primarily through fuel taxes, with tolls banned on all sections of highway built after that date….

In a disappointingly nieve opinion piece, the Competitive Enterprise Institute supports the proposal:

The free-market Competitive Enterprise Institute …  says in a blog post that although Congress is unlikely to pass the GROW AMERICA Act, the tolling provision is one of two “very smart elements that Congress should attach to their own reauthorization package.”

[A]ccording to CEI, no federal funds can be used for maintenance on any tolled segments of the Interstate, ensuring that those costs are borne exclusively by those who benefit from using the roads.

Walker, however, counters that this would not necessarily be the case under the Obama plan, which would “let states redirect toll revenues to completely unrelated projects, abusing public trust and exploiting highway drivers with a tax on interstates to pay for trolleys, public transit, and unspecified environmental projects, all without solving the transportation funding problem.”

That’s certainly been the history in New York and especially here in Connecticut, where our politicians have used all of our fuel tax revenues to fund Head Start, food stamps, and raises for state workers, in addition to high-speed rail and bus lines to nowhere. Give them more, they’ll spend more, and they won’t spend it on our highways.

18 Chimney Corner Lane, waterfront, now down to $9.975 million. It came on in 2005 at $18.5 million, and has pretty much been for sale ever since. I like the house, personally, but it’s  3-bedroom home, of a unique style, and I suspect it will eventually go for its land value. That’s not such bad news; it’s approaching that now.

But $18.5? That was ten years ago,  before marijuana was even legal in Connecticut.

New Mexico’s Galloping Grace Youth Ranch is accepting fruits and vegetables thrown away by students at several elementary schools in the Rio Rancho area and collects some five tons per week.

“It’s really whatever they don’t eat coming off of their trays, so when they get up to the trash cans they will scrape it into one of our buckets that we pick up on a daily basis,” ranch CEO Max Wade tells KRQE.

Speaking of the pigs, goats and chickens gobbling up the students’ castaways, Wade says, “If you think about it, it’s a fresh salad bar every day. Fruits and vegetables and they love it.”

To underscore the point, he’s talking about the farm animals, not the school children.

The goats prefer romaine lettuce, some pigs like grapes while others will eat “anything.” The chickens like the dinner rolls.

Earlier this year, a New York district estimated its students throw away 85 percent of their fruits and vegetables.

“If we cut up 20 pounds of cucumbers, we guess that 17 pounds get thrown away. I’ve watched kids take their cup of vegetables or fruit they’re required to take and just throw it away.” 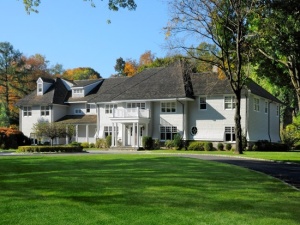 Anthony poses with his new heart and accessories, two weeks ago

August, 2013: Black teen Anthony Stokes is denied a heart transplant because of racism, not because of his criminal history, according to civil rights advocates.

Bowing to pressure, doctors give him a new heart that same month, turning someone else away.

That [second] chance ended in a tremendous car wreck Tuesday afternoon just off the intersection of Alpharetta Highway and Hembree Road in Roswell, Ga., some 25 miles north of Atlanta, according to officials.

Stokes, of Decatur, carjacked a Honda, then burst into a Roswell home and shot at an elderly woman as he tried to rob her, WSB-TV reported.

“A lady said a person kicked in the door to break into the house. She was inside the living room and saw the suspect, who was wearing a mask,” Lisa Holland, of the Roswell Police Department, told the news station.

Stokes then took off at a high speed as cops chased him down the highway. He smashed into a 33-year-old pedestrian before losing control and plowing into a pole.

Clementina Hernandez was hospitalized in stable condition, but Stokes, who was cut from the mangled wreckage, died later Tuesday at the hospital, police said.

The teen was wearing a court-ordered ankle monitoring bracelet for past crimes when he learned he had dilated cardiomyopathy, an enlarged heart which is too weak to pump enough blood.

The family and supporters said the boy was discriminated against “because he was poor, black and had trouble with the law….

Do you get the feeling that Goldman Sachs has friends in high places?

NEW YORK (Reuters) – A former Goldman Sachs Group Inc computer programmer charged with stealing code from the investment bank is scheduled to go on trial on Wednesday, the second time in five years he will be in front of a jury for essentially the same accusations.

The trial for Sergey Aleynikov, 45, is scheduled to take place in Manhattan state court over a 2009 episode in which Goldman says he stole the computer code as he prepared to leave for a high-frequency trading startup.

Aleynikov went to prison after his first trial, when a jury in federal court convicted him of violating a corporate espionage law. An appeals court threw out the conviction, saying the anti-espionage law did not apply and setting him free after about a year.

The U.S. Constitution generally bars prosecuting someone twice for the same crime, a concept known as double jeopardy, but the prohibition is not absolute.

A Manhattan state judge ruled in 2013 that New York prosecutors could pursue Aleynikov even though the earlier case brought by federal prosecutors collapsed. State Supreme Court Justice Ronald Zweibel ruled that the federal and state charges were different, and he said that the federal case was dismissed because the indictment, rather than the evidence, was inadequate.

There are lots of high crimes and misdemeanors floating around, and the case of one computer programmer allegedly stealing Goldman Sachs codes and take them to a competitor hardly seems to rank among them, yet first the federal government, and now the state of New York spent, and continue to spend enormous resources to punish this man. Goldman clearly wants a message sent, and the government is only too happy to oblige.

UPDATE: A reder sends along this link to a Vanity Fair article on the case by Michael Lewis. Lewis went on to write a book on high frequency trading, based in part on the  Aleynikov case. That sounds dauntingly technical to me, but Lewis is great at explaining Wall Street to dummies like myself, so maybe I’ll try it.

Oh God, now every woman in Greenwich will want one

Katie Holmes has her own secret entrance into Whole Foods. I can hear them now, whining to their husbands about the absolute humiliation of having to use the same entrance as the hoi  polloi: “if, if that actress can have one ….”

UPDATE: AJ sent along a video from “Goodfellas” (link in the comments) of Henry Hill’s own special entrance, and that inspired me to look up Katie Holmes’ film history. Turns out, I’ve never seen any of her movies, nor her TV show. I may have missed out on something here (I did see, and liked very much, “Goodfellas”, but she wasn’t in that film; she was 11 or 2 when that was made).