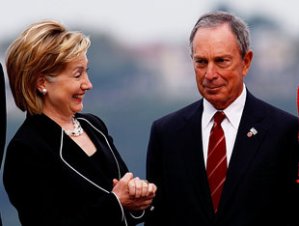 This is going to be so much fun! Or not.

Houstonians repealed the “transvestites and perverts in girls’ bathrooms” ordinance, enacted just three months ago by their city council; in Virginia, Mike Bloomberg and Governor Terry McCauliffe, former Clinton money handler (and possibly one of the most corrupt political professionals in DC during his time there, if such a distinction is conceivable or possible, and that’s how he’s described by Mother Jones!) lost their gun control fight, Kentucky elected a black Tea Party activist as its Lieutenant Governor, and even way out west in the People’s Republic of San Francisco, the sheriff who flouted the law and declared his terrority a sanctuary for illegal aliens was tossed out of office.

Win win win win. Not bad for an evening’s work.