Too good to bury in the comments

From a FWIW reader:

Amherst infants burn a Lord Jeff effigy and college T shirts to show solidarity with – well, someone, then set up GoFundMe site to raise money to buy carbon credits to offset their crime. But first, they arrange a “safe space” brunch at “Chez Albert” What do suppose a nonperson of color is, and are they really relegated to a separate eating area? And what sort of nonperson would agree to this humiliation? Rosa Parks wouldn’t, and didn’t; she insisted that she was a person, of color or not.

And another reader supplies this vital information:

Below is the menu from Chez Albert. What did you have for lunch today?

Sweetbreads With Uncured Bacon And Mustard $11.00

We’ll blame it on warming deniers and their forged emails!

Actually sounds as though he intends to defend and protect the nation, as opposed to our current White House occupant or either of the two democrats hoping to move in.

“I recognize that Barack Obama does not wish to defend this country,” Cruz said on “Fox and Friends” “He may have been tired of war, but our enemies are not tired of killing us. And they’re getting stronger.”

Cruz continued to call for the United States not to take in Syrian refugees because he says intelligence agencies cannot determine which of them may be aligned with the Islamic State, the militant group that has claimed credit for the Paris attacks.

“President Obama and Hillary Clinton’s idea that we should bring tens of thousands of Syrian Muslim refugees to America is nothing less than lunacy,” he said.

Cruz said that Muslim refugees should “be resettled in the Middle East, in majority Muslim countries.” But he said Christians should be provided a safe haven in the United States because he said they are subject to “genocide.” Cruz said Obama does not want to do this and has “antipathy” toward Christians.

Cruz said “radical Islamic terrorism “ is “a malevolent force that right now, as we speak, is persecuting Christians, is persecuting Jews, is even persecuting fellow Muslims. … This is an evil that must be confronted.”

Cruz said on Fox that he would defeat the Islamic State by “using overwhelming military power, particularly air power.”

“That doesn’t mean we should be sending our sons and daughters to invade foreign countries and stay there forever and engage in nation building trying to turn Iraq into Switzerland,” he said. “That’s not what our objective should be.”

Cruz said last month that there is “no reason” America should “get in the middle of the Syrian civil war,” and has said that American troops should not be sent in. Cruz also opposes arming Syrian rebels.

In contrast, Bernie Sanders still thinks global warming is the big threat, but “consulting with our muslim allies” will be necessary if we are to “do something” about terrorism.

DICKERSON: Senator Sanders, you said you want to rid the planet of ISIS. In the previous debate you said the greatest threat to national security was climate change. Do you still believe that?

SANDERS: Absolutely. In fact, climate change is directly related to the growth of terrorism. And if we do not get our act together and listen to what the scientists say, you’re going to see countries all over…

But, of course, international terrorism is a major issue that we have got to address today.

Now, in fact, what we have got to do — and I think there is widespread agreement here — is the United States cannot do it alone. What we need to do is lead an international coalition, which include very significantly the Muslim nations in that region that are going to have defend their way of life.

What part of the muslim way of life is worth preserving went unstated, but presumably the man with no foreign policy ideas (and proud to say so) means the execution of apostates and adulterers and homosexuals, the encouragement and funding of international Wasabi terrorism, child sodomy, and a continued refusal to use toilet paper (probably from fear that a dab of that wasabi might end up on it).

Hillary herself was too busy explaining that she’s being rewarded with millions of dollars from Wall Street not because, as mean ol’ Bernie says, because of what she can do for them, but because her efforts to help out after 9/11 to rebuild lower Manhattan and help women. 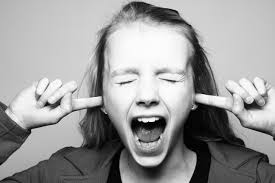 On the other hand, Rob Lowe rose to the occasion by expressing hope that maybe now France would wake up and close its border. He was immediately denounced as an insensitive racist, naturally.

Leader of the free world, (Abdicated)

Obama pledges to redouble his efforts to combat terrorism.

Yet beyond sweeping condemnations of IS, leaders have yet to float new, specific proposals for intensifying the fight following the Paris attacks.

“The lamps are going out all over Europe. We shall not see them lit again in our lifetime.”

France’s response to Islamic terror: cower in the darkness

When Hillary was just an aspiring old hag

A reader sends along this photo of Hillary in happier days, and also asks whether anyone watched last night’s debate. I certainly didn’t (I read that the network ended it 7 minutes early due to boredom), but if I’d been tempted, this photo would have dissuaded me. 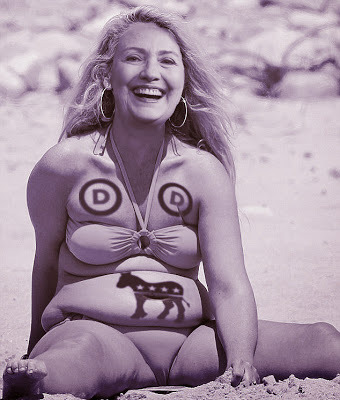