Just last week this would have been offensive. Now it’s a demand for justice. Go figure

I am absolutely not kidding you.

Students at Oberlin College are so angered by the “insensitive” and “culturally appropriative” offerings at their Dascomb Dining Hall that they are filling screeds of protest in the school newspaper and even demanded a meeting with Campus Dining Service officials and the college president.

At issue are foods such as General Tso’s chicken being served with steamed chicken instead of fried — which is not authentically Chinese, and simply “weird,” one student bellyached.

Others were up in arms over Banh Mi Vietnamese sandwiches served with coleslaw instead of pickled vegetables on ciabatta bread — rather than traditional French baguette.

“It was ridiculous,” Diep Nguyen, a freshman who is a Vietnam native, told The Oberlin Review, the school newspaper.

“How could they just throw out something completely different and label it as another country’s traditional food?”

Not only that, but the sushi rice was undercooked in a way that was, according to one Japanese student, “disrespectful” of her culture.

That student, Tomoyo Joshi, a junior from Japan, was very offended by this flagrant violation of her rice.

“When you’re cooking a country’s dish for other people, including ones who have never tried the original dish before, you’re also representing the meaning of the dish as well as its culture,” Joshi told the Review.

“So if people not from that heritage take food, modify it and serve it as ‘authentic,’ it is appropriative,” she said.

Oberlin’s black student union joined in the food fray this month by staging a protest and petition against the grub being offered at Afrikan Heritage House, an on-campus dorm.

The dorm’s cafeteria wasn’t serving enough vegan and vegetarian options, and had failed to make fried chicken a permanent feature on the Sunday night menu, the school newspaper reported.

Campus dietitian Michele Gross told the Review this week that so far, the first meeting between college officials and dyspeptic students went well, and changes are being implemented to address all concerns.

The Ivy League: the gift that keeps on giving

As lambs to the slaughter, or perhaps, the silence of the lambs – Elis petition their government to shut them up.

Yale embarrassed by video showing its students eagerly signing a petition to repeal the First Amendment.

Members of the Yale University community on Thursday responded with a mix of embarrassment, sadness and literal disbelief to a viral video showing students there freely signing a petition that calls for the repeal of the First Amendment.

“It numbs the mind that dozens of Yale students could sign a petition to revoke the First Amendment,” freshman Grant Richardson wrote FoxNews.com in an email. “Besides the fact that the First Amendment lists the most fundamentally important rights we hold as Americans, it is rather embarrassing to think Yalies could not see the irony that they were petitioning away – their right to petition.”

A member of the Yale Law School faculty also responded to the video, and wasn’t happy with what he saw.

“It does not remotely pose the same danger as the support of all Republican candidates, with the exception of Rand Paul, for President Obama’s unilateral war against ISIS in plain violation of the Constitution,” Ackerman said.

Mr. Ackerman, (some) Yale alumni will be chagrined to know, is considered by his employer to be an expert on Constitutional law.

I once wondered, back in 1978, if I was rejected by Yale Law School despite my perfect LSAT scores because of the hard-right politics I expressed in my application essay. My, how naive 22-year-olds can be.

In: snowflakes, of course. Out, a Star of David.

Does the mere hint of the presence of Jews on campus now constitute a micro-aggression? No matter how liberal, are there still any Jews who contribute to this school and if so, why?

This is probably acceptable

And the quonset hut is selling

7 Turner Drive, asking $1.650 million, has a contract. I had some artist clients who were tempted by this whacky place, but deferred in the end. It was once an open tennis court, then built as a huge garage for an exotic car collection, then converted – sort of – into a residence. It’s actually a pretty cool house, but what my clients were considering, and what I’d advised them to do, was to live in it as is, with no extensive improvement $ put in, and consider it a land purchase only, because when they were done with it, they’d probably never find anyone else who shared their taste in living quarters.

And now pending in mid country …

I’ll be curious to see what it actually sells for, because even $3 million seems steep for 2.5 acres here (although it’s a very nice lot, so maybe not), but no one pays for partial renovations, and certainly not if those renovations are headed for the same dumpster the rest of the house is.

So, we’ll just have to wait to find out what a building lot on Grahampton is currently worth.

50 Sumner Road sold today for $1.575 million. 5.6 acres and a 3,000 sq. ft. contemporary that’s probably due for the ash heap, or at the very least, a compete gutting, to remove all vestiges of its decorating job, but also a three-bedroom, grandfathered cottage that’s certainly worth keeping.

Owners bought it for $1.650 in 2010, put some money into it that was probably ill advised, and listed it earlier this year for $2.495, which was definitely ill advised.

Sumner’s never commanded high prices – too far out there, but that means it also offers some decent deals, as long as you’re not planning to flip for profit.

At last, the perfect stocking stuffer for Walt

In fact, Walt probably invented it

The amazing “Pull My Finger” Santa.

57 Gregory Road, new construction, $2.3 million. If that’s not a record for Gregory, it should be.

Owner is a hugely respected, very successful man, so I imagine he won’t be losing sleep over any loss. But it does show what’s happening to prices up in the Farm.

Academia continues to lose its mind

U. of San Diego professors and students don yellow stars marked “Muslim” to prove … what?

It doesn’t even make sense, let alone a point.

The idea is the brainchild of a professor at the school, one Bahar Davary, an Iranian, who also claims, along with our president, that ISIS is not about Islam. Phew, because those ISIS guys are absolute death on Jews, just like their co-religionists.

16 Porchuck Road, asking $2.199, has a pending contract. I know the owner, slightly, and he’s a very nice guy, so I’m delighted he’s finally close to getting rid of this home since he no longer wants or needs it.

Purchased for $1.415 million back in 1999, renovated 2010, and offered for sale since June, 2012, when it started at $3 million. It’s a very nice house, but the Merritt Parkway just kills values on this street, even though it’s shielded by four acres of woods.

At $2 million, though, what’s a little noise?

Only one picture is still available on the web, but here’s the Planomatic tour. 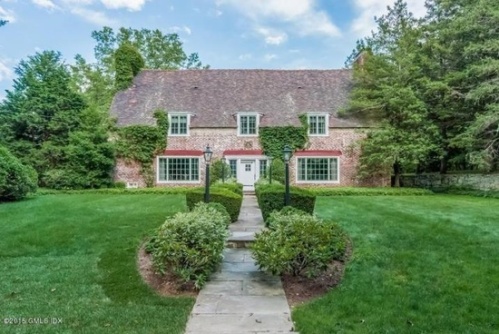 The Hartford Courant reports  the new listing for 50 Cent’s 21-bedroom, 25-bathroom home in Farmington is $8.5 million.

50 Cent first asked for $18.5 million for the home in 2007 and has been periodically reducing its price ever since.

High-end residential real estate expert Rob Giuffria says “50 would have a better chance being a country music singer” than finding a buyer at $8.5 million.

In fact, we might have had Mr. Cent as a fellow resident, had not an extremely wealthy dowager seen his entourage: Rolls Royce convertibles, gold-chained posse and rap music blaring, cruise by her back country house on their way to look at some new construction up the road. A few phone calls were made, the listing broker contacted, and 50 was steered up to Farmington.

A Russian ended up buying the place, so you know that the rapper would have loved it. Whether the Russian was an improvement is open to question, but there it is. 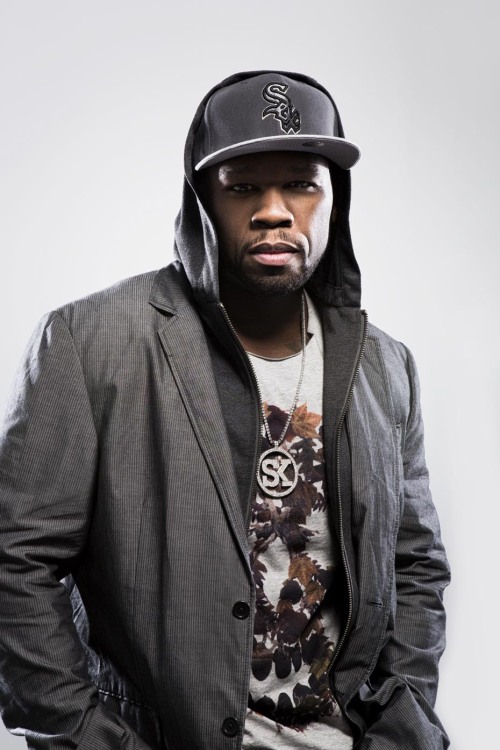 Cerberus tries to get out of gun business after Sandy Hook, but no one wanted its gun company holding group, Freedom Group, so it’s been forced to hold on: to its profit.

Way up in a New York high-rise, inside the headquarters of Cerberus Capital Management, Stephen A. Feinberg had reached a sobering conclusion: The guns had to go.

It was mid-December 2012, three years ago this week, and 20 children and six adults had just been gunned down at Sandy Hook Elementary School in Connecticut.

The weapon had been a Bushmaster XM15-E2S rifle — one of the military-style semiautomatics made by the company that Cerberus and Feinberg, the investment firm’s chief executive officer, were quietly building into the nation’s largest gun manufacturer.

For three days, no word came from Feinberg or his firm. Then, at 1 a.m. that Tuesday, the normally reticent Cerberus issued a statement: Executives expressed shock at the mass shooting, extended deep condolences and vowed to sell Freedom Group, their monument to America’s gun culture.

The story might have ended there, with a quick sale at a profit, except for one thing: No one wanted Freedom Group, at least not at the $1 billion or so Feinberg hoped to get for it.

Today, perhaps no companies better reflect the nation’s fraught relationship with firearms than Cerberus, a private equity firm with more than $29 billion in client assets, and Freedom Group, whose brands include Bushmaster and DPMS/Panther — leading makers of the assault-style rifles that gun-control advocates want to see banned — as well as the storied Remington.

Feinberg, an avid hunter, has gone largely quiet about the gun company, which by its own count sold $1.01 billion worth of firearms and ammunition in 2014. He and other Cerberus executives declined to be interviewed for this story.

Alarmed by gun violence, the optics of profiting from firearms or both, many financial institutions have been reconsidering investments in firearm companies. Public pension funds including the California State Teachers’ Retirement System have been particularly eager to divest, even as many mutual funds — and, by extension, many ordinary people — keep money in public manufacturers such as Sturm Ruger & Co. and Smith & Wesson Holding Corp.

In the firearms business, politics — and fears of new restriction on buying guns — tend to drive sales and stock valuations. Stocks jumped in the immediate aftermath of Sandy Hook and climbed again after the mass shooting just weeks ago in San Bernardino, California.

As of May, Cerberus valued Remington Outdoor at $880 million. Its owners now include Feinberg, Cerberus senior partners, company management and investors who decided to hang on. … Feinberg — and the investors who have stuck with him — may profit handsomely from their investment. Cerberus and its clients have already recouped the $180 million they have put into the business since 2006, when Feinberg set out to build the firearms giant via a string of acquisitions, according to two people familiar with the investment. From here, whatever Cerberus makes on the nation’s largest gun company looks like pure profit.

I’m no fan of modern Remingtons – their quality doesn’t seem to be anything close to where it was some decades ago, but are gun companies a good investment? I’m certainly doing my best to make them so.

My latest purchase, by the way, made a couple of years ago, was a revolver manufactured by the similarly-named but privately held Wyoming manufacturer Freedom Arms. Absolutely gorgeous, and with just a 5-cartridge capacity, a gun that even Dan Malloy could love.

Hell, he probably owns one.