But how could this happen? Paris is a gun-free zone! 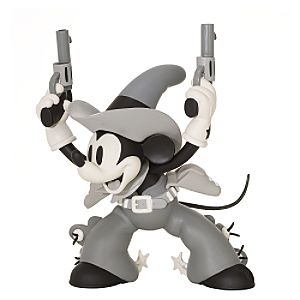 Police said they took the 28-year-old man into custody at around 2 p.m. local time when he tried to pass through security at the park’s New York Hotel. The man, a French national who wasn’t known to law enforcement, was carrying a copy of the Quran and had booked a room at the hotel, police said.

“During the routine security screening checkpoint at one of our hotels, weapons were discovered in guest luggage through our X-ray machine,” said Disneyland Paris spokesman François Banon.

Paris prosecutors said they weren’t treating the case as terrorism.

And why should they? A Muslim packing illegal handguns could as easily been planning to do something peaceful with them, such as … such as … hmm.

If deer ticks are keeping you awake, wait til mosquito season

Oh, the humanity! Chased from Binney Park by vicious deer

The Zika virus is coming, just to keep us from totally worrying about chikunguna, yellow, and dengue fevers and malaria and bed bugs.

We could reintroduce the judicious use of DDT, but Rachael Carson’s else polemic against it in her 1962 book “Silent Spring” has convinced the public, as all good big lies do, that “everyone knows” we’ll kill off the birds if we do that.

So enjoy your summer indoors, and don’t let the bedbugs bite.