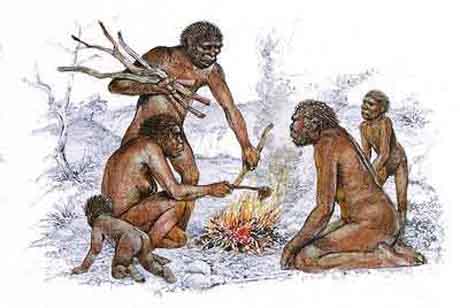 The rise of foodie culture has made home-cooking more alluring to everyone, and the increase in dual-income families means more men are sharing KP duties. At the same time, cooking has been “recoded” as a macho pastime, said Casey Ryan Kelly, an associate professor of communications who studies gender and culture at Indianapolis’s Butler University. He pointed to the influence of TV chefs such as the Food Network’s Guy Fieri (the channel’s viewership is 42% male overall) and to open-plan kitchens that are half command station, half performance venue. Food prep, Dr. Kelly added, has evolved from “feminine-care labor” into an endeavor imbued with “traits of rugged masculinity: competitiveness, self-mastery, individualism and strength.”

“The kitchen is no longer solely the wife’s domain,” agreed Young Huh, a New York designer and member of a new trend-forecasting panel for the National Kitchen & Bath Association (NKBA). And the $18-billion-a-year kitchen remodeling industry is finally responding to these aproned gentlemen in part because, as customers, they put their money where their mouths are. “If a man is in charge of appliance selection,” said designer Anne Rue of Lake Mary, Fla., “the cost of the indoor and outdoor kitchen will be at least 30% more” than if a woman makes the choices.

Men will spend, it seems, but what sort of aesthetic decisions do they make? When a male client drives the kitchen-design process, there’s often an emphasis on “work flow or machinelike efficiency,” said architect James Ramsey of New York’s RAAD Studio. Female clients, he found, lean toward a nostalgic, raised-panel look. “I hadn’t expected it, and I don’t want to come across as typifying men and women,” he added.

In a new survey of industry pros conducted by the NKBA, clean-lined styling was named the top 2016 kitchen trend. What’s in: Flat-front cabinetry, counters with mitered rather than rounded edges, high-contrast palettes and large, simple pulls. What’s (relatively) out: the crown molding, corbels, soft hues, ornate hardware and tiling of Tuscan, French provincial and other traditional styles. Kitchens are “more tailored, more masculine, more streamlined,” noted Ms. Huh, “and that reflects the male drive and participation in kitchen design.”

All of which may be complete nonsense – fashion predictions often are, but it points to what I’ve been noting here for years: nothing dates faster than kitchen and bathroom designs. Do what you want to them to make them work for you, but don’t expect to get your money back – in a few years, your choices will look passe.

And the kitchen of the future