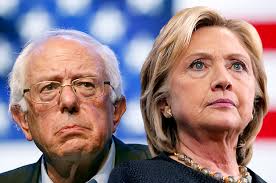 The country electing, and then re-electing a half-black president didn’t improve race relations, Bernie Sanders says, but taxing millionaires will. Sixty years of Democrat policies intended to, it was claimed, help the poor, has produced an illiteracy rate of 85% among black teenagers, an illegitimacy rate of 73% among those same kids, and a kill ratio, black-on-black, that rivals Mexico’s drug wars. Neither Hillary nor the other old codger on the podium last night even questioned the failure of the policies that produced these results; instead they called for more of them, and all magically funded by millionaires.

I keep worrying that we get the government we deserve.