Obama wants to slip 100,000 Syrian muslims into the US by the end of next year 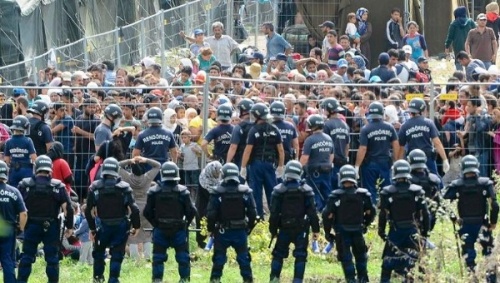 The Obama administration appears to be bowing to international pressure and pursuing under-the-radar “alternative” ways to bring in more Syrian and other refugees — as soon as this year.

…. At the [UN High Commission on Refugee] meeting, attended by State Department officials, U.N. High Commissioner for Refugees Filippo Grandi called for countries to pursue “alternative avenues” for refugees – such as student and work visas, and expanded family reunification programs.

“These pathways can take many forms: not only resettlement, but also more flexible mechanisms for family reunification, including extended family members, [labor] mobility schemes, student visa and scholarships, as well as visa for medical reasons,” Grandi said. This followed an adviser suggesting the U.S. ask universities to offer scholarships to Syrian students, and help Syrian-Americans bring in their extended families outside the “time-consuming” refugee resettlement process.

The State Department immediately issued a media note reaffirming the “commitment to resettle at least 10,000 Syrians in FY 2016 and increase the total number of resettled refugees from around the world to 100,000 by the end of FY 2017.”

Nayla Rush, senior researcher at the Center for Immigration Studies, said she thinks the administration is “100 percent” behind the idea.

“My fear is they aren’t really going to let anyone know about it,” Rush said.

Unclear is whether the refugees can be properly vetted, especially if they come in through an array of different visa programs. In its media note, the State Department said the U.S. “has created a program to allow U.S. citizens and permanent residents to file refugee applications for their Syrian family members.” 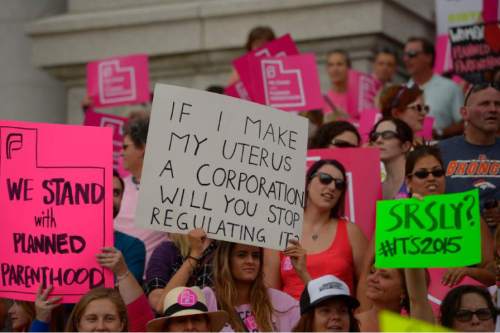 So, the attacker was just “downsizing” her victim’s uterus?

Woman who ripped fetus out of mother’s (oops! pregnant woman) womb couldn’t be charged with murder.

A woman who viciously cut a 34-week old baby from a mother’s womb was sentenced to 100 years in prison Friday for beating and attempting to murder the mother. She will not serve time for murdering the unborn baby who died as a direct result of the actions.

Dynel Lane was convicted in February of attempted first-degree murder after she stabbed a pregnant woman in her home who had responded to a Craiglist ad offering to sell baby clothes. Lane then cut the unborn baby out of her womb. She later showed up at the hospital with the dead baby, claiming to have had a miscarriage. The mother, Michelle Wilkins, had planned to name the girl Aurora.

Lane was convicted in February of attempted first-degree murder, four counts of assault and one count of unlawful termination of a pregnancy. But because the prosecution could not prove the 34-week-old girl took a breath outside the womb, Lane could not be charged with murder.

“Under Colorado law, essentially, there’s no way murder charges can be brought if it’s not established that the fetus lived as a child outside the body of the mother for some period of time,” Boulder County District Attorney Stanley Garnett said early on in the process.

Hospital staff noted the dead baby was “viable” outside the womb, and Lane’s husband told police he heard the baby make a “gasping breath” after he found her lying in the bathtub and rolled her over. Investigators, however, determined her lungs had not inflated, and the coroner ruled the death a “fetal demise,” which is legally similar to a miscarriage.

Colorado Democrats  have steadfastly legislation to pass a fetal homicide law that would apply to unborn “fetuses” harmed or killed during the commission of a crime, and it’s easy to understand why: if a fetus, even a 7-month-old fetus like the one one in this case, is recognized as a living person, the dominos may topple (and Planned Parenthood’s lucrative sideline business of selling baby parts might suffer).

The sponsor of the Colorado bill, Janak Joshi said, “In the past, pro-abortion legislators have tried to dismiss this type of bill as unnecessary. Even though this bill is not about abortion, the radical pro-abortion lobby is pulling out all the stops to defeat this bill. In fact, Planned Parenthood has publicly admitted that they refuse to give even an inch when it comes to protecting pre-born babies.

“It’s basic, common sense that violent offenders be held responsible for their actions, regardless of the age or status of their victim.”

It’s interesting that the anti-gun crowd, from Obama, all the way down to the lowest schleps in local politics like Peter Tesei all advice “common sense” gun laws because gee, you must be a fanatic to reject what’s just common sense”. But common sense has no place here; not when abortion is involved, even peripherally. Molon labe, baby. 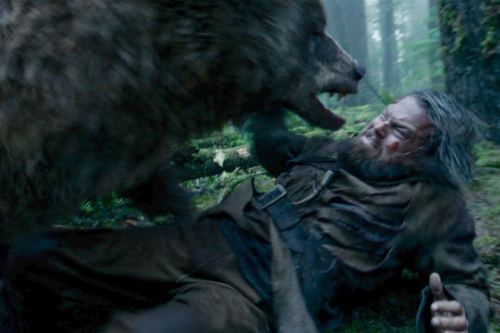 Shocker: putting time limits on public housing tenants benefits, rather than harms them 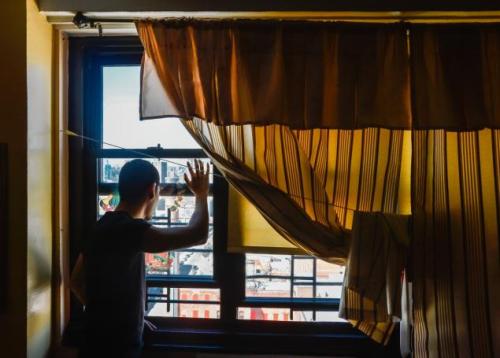 Delaware gives tenants 5 years, with financial counseling and workfare requirements, and the tenants end up in a better place. Liberals claim that they and their polices are compassionate: judging from the results of that compassion, liberals are the cruelest branch of America.

More than 850 families have transitioned out of public housing in Delaware since the state began limiting the length of time residents are eligible to receive housing subsidies, and hundreds more have become homeowners.

“Before we started Moving to Work, we had people who were on their third or fourth generation of the same family who were at the same site,” Rebecca Kauffman, social service senior administrator at the Delaware Housing Authority’s Moving to Work program, told The Daily Caller News Foundation.

The Delaware group is one of only 39 housing authorities out of more than 3,000 in the country that the federal government allows to have its own work requirements and residency time limits. The Moving to Work program was approved during the Clinton administration in 1996.

“It was tough at the beginning because there was no time limit,” Kauffman said. “People could come into public housing and stay forever.”

But the program has compiled an impressive record. More than 850 families have completed the program to enter assistance-free living, and 30 percent of program participants became homeowners when they left. Kauffman said she could probably count on one hand the number of people who ended the program facing possible homelessness.

“We think that at this point in time it is a very successful program and we are very proud of our program,” Kauffman said.

The contrast with the rest of the federal public housing program is vivid. The average resident currently receiving a Section 8 voucher in the U.S. has been doing so for nine years, according to the U.S. Department of Housing and Urban Development (HUD).

In some places, the average stay is much longer. New York City residents on vouchers have received help for an average of 18 years. Nationwide, federal housing subsidies cost taxpayers more than $50 billion annually.

Having an expiration date on government-assisted housing motivates people to improve their financial situation, Kauffman said. The Delaware Moving to Work program requires all adults to work, and to work an increasing number of hours per week during their five year tenure — at least 30 hours a week towards the end of the program. Two of three participating adults work more than 30 hours a week.

Participants also have to meet quarterly with a case manager to plan their path to financial independence, and build savings goals. All school-age children in each home have to meet attendance requirements, and once a child turns 18, he has to either continue his education or meet the work requirements to remain in the subsidized housing.

Households with three strikes for failing to meet any of those standards lose their housing subsidy, as about 2 percent of program participants have, Kauffman said. People who, at the end of five years, prove they are doing all they can and need an extension, can apply for a one-time, two-year extension through a hardship panel.

“The time has come to face the fact that assistance to low-income families has to be limited in length and fair in distribution,” a 2005 Public Housing Authorities Directors report concluded. “That can only happen by limits on the time families can receive housing assistance.”

But little has changed since the original 1996 public housing reform. Rep. John Carney, a Delaware Democrat, introduced a bill last summer to expand the number of Moving to Work housing authorities from 39 to 60, but the measure never reached the floor of the Republican-controlled House of Representatives.

Kauffman’s office receives a couple calls a month from other housing authorities hoping to try a similar program, but they worry about pushback from local poverty and housing groups and don’t have the authority to experiment with time limits.

A program works, the liberals oppose it. “We’ll keep ’em all beggars ’cause they’re easy to please.”

I wonder if that ban extends to penicillin? 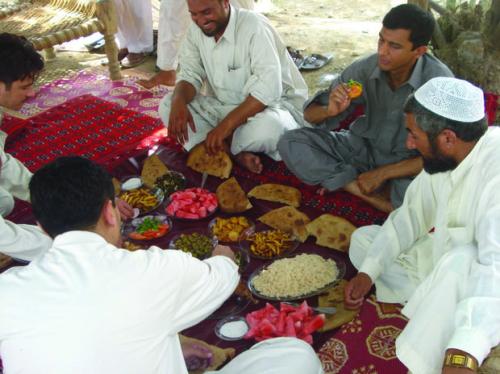 Dining on cow patties in the Hindu Kush

Taliban doesn’t like McDonalds food; prefers cold mutton and rancid rice instead. I’m with the boys on the first part: I usually shun chain restaurants whose menus offer nothing that requires teeth to eat, but I found this part of the story interesting:

“We know it’s an American food company and our religious scholars have forbidden us from consuming any Western food and beverages,” he said, adding that he will visit the Quetta outlet with pals — but won’t touch the food.

I’m unaware of any of the life saving drugs currently used on the battlefield being invented in Muslim land, so do Taliban fighters eschew such treatment and just smear goat dung on their wounds?

As an aside, many Pakistani dishes prominently feature tomatoes and tomato sauce, probably to mask the taste of that same goat, but the tomato, too comes from the west. What’s a poor martyr to do?

Microsoft and the kleptocracy 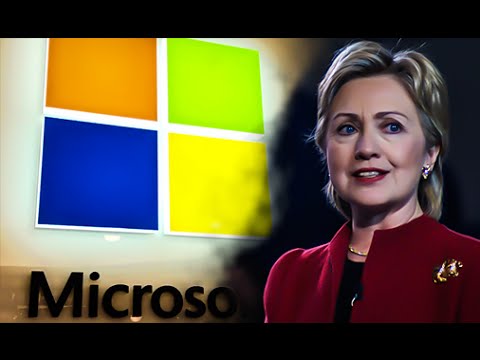 Bribable? That’s not a bug, it’s a feature!

Microsoft will not be donating cash to the Republicans’ convention because it dislikes Donald Trump.

It’s certainly understandable that a technology giant whose profits depend on a steady stream of cheap third-world tech visa employees would oppose a politician who wants to cut that source off.

Score another one for Trump – he’s scaring “big business”far more than Hillary, who has loudly demonstrated that she can be bought.

UPDATE: Balzac claims that large corporations are now joining Rino Republicans and teachers unions in opposing Trump, and says that this will spur “a large majority of American voters [to] reject this fool.”

Well here’s an image from yesterday showing some of those “Americans” opposing Trump; I think that sights like this, as well as a general revulsion against America-lasters will spur a huge numbers of voters to come out next November, but they will not necessarily be the people Balzac and his crowd are counting on to maintain the status quo. 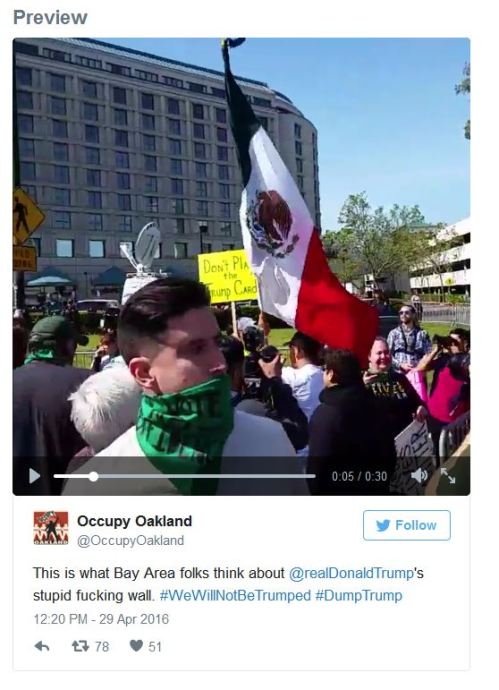 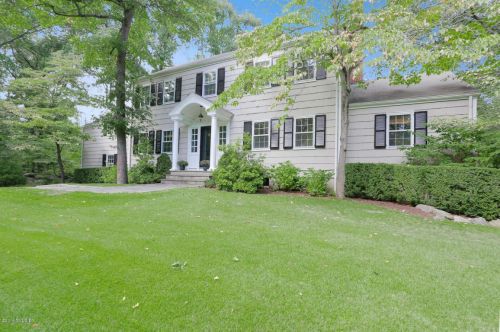 7 Stag Lane reports a contract, asking price, $1.795 million. I know the owner; in fact, I gave him a price opinion (high $1’s as an ending point) in 2013, and worked with brother Gid when it was listed then for $2.150. A renter appeared, and the owner went in that direction.

He paid $2.525 for this in 2006 and then put more money into renovations. A smart guy (hey, he’s a reader), he acknowledged a bad trade, and was willing to accept the loss, which, as this contract shows, he has.

But for the buyer, this is an excellent buy, I think. The house is perfectly livable; far more than that, actually, but the lot is 4.6 acres, allowing plenty of room to build new, farther back, while staying put in the existing place (assuming living in a construction site is your cup of tea). Yes, the Merritt is across the road, but from here, its noise is buffered by trees and such, and I never heard it at a discomforting level. 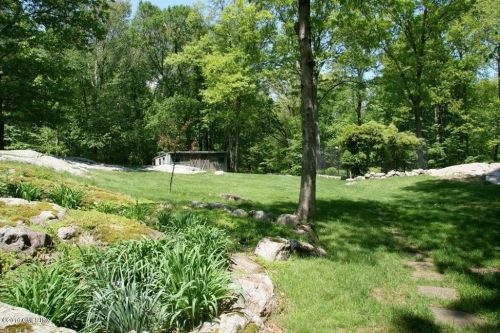