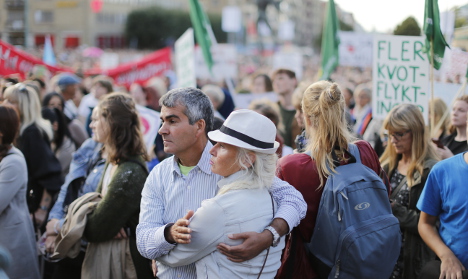 Male, heterosexual Norwegian politician now feels sorry for the Somalian who raped him.

A Norwegian politician has spoken of how how he felt guilty that the Somali asylum seeker who raped him was deported.

Karsten Nordal Hauken, from Ås, Akershus, was raped in his home and the perpetrator was subsequently caught and jailed for 4.5 years.

However, when Nordal Hauken found out that the man was to be deported back to Somalia after serving his time, he reveals he felt guilt that the man would possibly face hardship in his old country.

And the march towards oblivion continues apace. 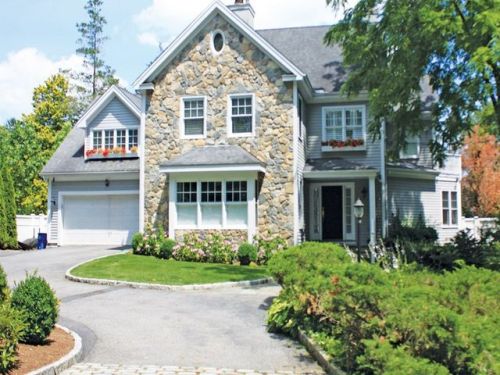 That would be Riverside south of Post Road; more specifically, 23 Willowmere Avenue, asking $2.695.  It last sold for $2.6 million in 2011, so not everything in Riverside is shooting through the roof.

Willowmere’s a very nice neighborhood, and this price, even for this house, doesn’t strike me as crazy.

33 Sunshine Avenue, $605,000. The listing has been erased from public access because of the Greenwich Association of Realtor’s “non-transparency” rule, but it was sold as is, there  were no interior pictures displayed, and judging from the photo that was shown, it’s already sliding towards the dumpster.

Or slouching towards Bethlehem: take your pick.

Well this took a while

21 Walsh Lane, close to the Belle Haven Association border and asking $3.650 million, finally has a (contingent) contract. Its builder paid $2.025 million for the 0.7 =-acre lot (in the RA-1 zone) in 2004, then apparently got cold feet and tried to flip the land at the surprising price of $3.4 million during 2005 -2006. No one else seems to have shared his enthusiasm for the great deal he’d gotten on the land or at least, no one stepped forward to pay him $1.375 million over his own purchase price, so he went ahead and built a spec house himself, and began this sage.

The house has been on  and off the market since 2007, when it asked $5.750 million, and has been rented out between attempts to sell at ever-declining prices. This last one has apparently caused a buyer to step forward.

It’s not a horrible house, but undersized back lots are never popular, and, depending on how its been maintained during the past 9 years, it may not need substantial work to bring it back to its original condition. The listing says 4,486 feet, “which includes the lower level” – that would be the basement, to ordinary folks. The listing also claims that it’s “customs built”, but I don’t think that’s an accurate description for a spec house.

But that’s just me, probably. Anyway, with $2.025 sunk in the land nine years ago and carrying costs since then, I’m guessing this project was not a hoe run.

Will this spur the NYT to return its Duranty Pulitzer?

Pinch Sulzberger: “wait, wait, wait – because they did that, we should do this? I don’t think so; it would ruin our reputation!”

Bavarian town of Tegernsee removes Hitler’s name from its Honorary Citizen roll, placed there when he took power in 1933.

Mayor Johannes Hagn said, ‘It took so long because we didn’t actually know if he was still on the books as an honorary citizen and it turned out he was.

‘We thought the honour had died off with him but that turned out not to be the case so we had to officially expunge him from the books.’

During the same era, the New York Times was running regular stories from its Russian reporter and Stalin apologist Walter Duanty, with full knowledge that he was lying and covering up the mass slaughter of millions of serfs, and the extraordinary purges of Satalin’s “enemies”, and accepted a Pulitzer Prize for his efforts in 1932.

Here’s the NYT on the famine:

“Any report of a famine in Russia is today an exaggeration or malignant propaganda.”

“Enemies and foreign critics can say what they please. Weaklings and despondents at home may groan under the burden, but the youth and strength of the Russian people is essentially at one with the Kremlin’s program, believes it worthwhile and supports it, however hard be the sledding.”

“You can’t make an omelet without breaking eggs.”

(My cousin Ed Fountain, brother to NYT editor Henry Fountain,  rephrased this to, “You can’t make an omelet without breaking kneecaps” – that sounds more apt.)

“There is no actual starvation or deaths from starvation but there is widespread mortality from diseases due to malnutrition.”

The author of  “Harvest of Sorrow,” Robert Conquest has written:

As one of the best known correspondents in the world for one of the best known newspapers in the world, Mr. Duranty’s denial that there was a famine was accepted as gospel. Thus Mr. Duranty gulled not only the readers of the New York Times but because of the newspaper’s prestige, he influenced the thinking of countless thousands of other readers about the character of Josef Stalin and the Soviet regime. And he certainly influenced the newly-elected President Roosevelt to recognize the Soviet Union.

In 2003 the NYT rejected the recommendation by  the consultant they hired to look into and advise on the matter, and decided to keep its prize. “We’d be whitewashing history”, little Pinch Sulzberger Jr. explained at the time,  “and besides, we don’t have the actual award, so we can’t actually return it.”

Perhaps Tegernsee’s action will inspire Schulzberger and his minions to reconsider, and acknowledge, what the Old Grey Lady did to promote one of the three most vicious mass murderers in  world history, but  I wouldn’t count on it.