“Like all other races, white people study better when they stick with members of their own color”, Erik Hines, faculty director of the white scholars program told FWIW.

The university’s plan is to provide younger white male students with counseling, mentoring and other services in a setting that can help maximize their chances of academic success and cut down on the widespread drinking and drug use currently prevalent on campus.. Yet opposition persists — at least among certain leading civil rights advocates here and in Washington, D.C.

“It’s troublesome to me, and it’s troublesome to all of us who have fought to eliminate the barriers to equal opportunities in public,” said Danbury’s Samuel Hyman, a former member of the state Commission on Human Rights and Opportunities. “It’s difficult to understand how I better myself through isolation.”

Hines disagrees. “Segregation means forcing a group of people  into a substandard environment, but  we’re creating a separate but equal safe space for white boys to join an optimum learning environment.”

“I don’t know why the focus is on where they are living instead of what they are learning,” Hines said. “The real question we have to ask is, ‘Why are we having an issue with a group of white men, Jews included, who want to be together?” 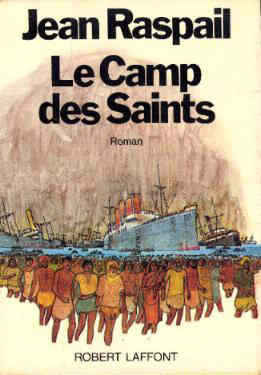 Deutschland is flooded with migrant children it can’t deport.

Feels it, and shares it.

Odd, isn’t it, that the exploitive, cruel inheritors of western civilization so hated by the snowflakes and Obama need walls to keep 3rd worlders out, while the countries so admired by the same crowd build walls to keep them in.

Word is, Connecticut’s Democrats want to raise the tax burden on the top 1% to 54%, so they’ll pay “their fair share”.

And where will they reinvest it, Zimbabwe? 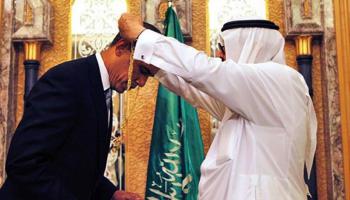 So I put this noose around you, you bow, and we’re all nicey-nicey, no? Now bend over in the other direction.

Saudis threaten to pull their assets from US if they’re held accountable for 9/11.

Obama’s lobbying furiously against the effort, naturally (as did Bush). 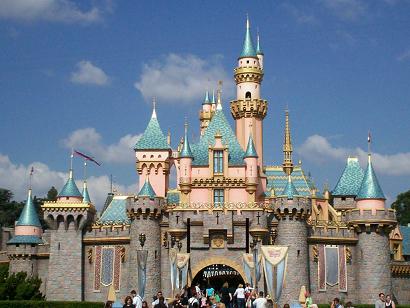 Fantasy in Byram (and Town Hall)

The town’s going ahead with the new New Lebanon school , whose “final” cost will be $37.5 million – its already up from the first budgeted cost of $32 million, before ground’s even been broken – in the expectation that the state’s going to contribute 80% of what we spend. Oh, come on.

Malloy’s already proposed cutting off all education money to Greenwich, and with a $900 million deficit looming (with billion-dollar defects to come), it’s a safe bet that we won’t see any money restored by our friends in Hartford.

That’s a different source of money, I believe, from what our Greenwich leaders hope to tap, but it doesn’t matter; we won’t be seeing a dime from Hartford, for any project.

Fairfield County residents already provide 25% of the state’s total income taxes – Greenwich, 14% -that doesn’t mean we’re already paying our “fair share”, it simply signifies where Hartford looks for funds to maintain and expand spending. The boys up there will be coming back to the well, again; that’s the only thing we can count on.

“Eighty -percent of $37.5 million is just $30 mil.,” local Democrat Francis Fudrucker scoffed when interviewed yesterday here at FWIW’s world Headquarters. “Fund that over 30 years, it’s nothing; plenty of room for all the other really cool plans we’ve got in the grab bag;  just relax, lie back, and enjoy it!”

Will you have to be an Indian or Chinese American to use this invention, or can anyone “culturally appropriate” it?

Engineers say they have found a way to double Wi-Fi speeds using just one antenna.

‘This has enormous implications for devices like smartphones and tablets’ [said Columbia University’s Harish Krishnaswamy].

‘Being able to put the circulator on the same chip as the rest of the radio has the potential to significantly reduce the size of the system, enhance its performance, and introduce new functionalities critical to full duplex,’ added co-researcher Jin Zhou.

The discovery builds on an invention known as nanoscale ‘full-duplex radio integrated circuits’. [which in turn was Invented by, Krishnaswamy and his student team, including PhD student Jin Zhou, the paper’s lead author]

But wait, there’s more! French private researchers have still another another idea!

In just two years, the lights in your home may provide you with internet access at speeds 100 times faster than Wi-Fi.

At the Mobile World Congress in Barcelona this year, French start-up Oledcomm demonstrated the capabilities of Li-Fi, using just an office lamp to start playing a smartphone video.

Li-Fi uses visible light communication like the ‘digital equivalent of Morse code,’ so it cannot pass through walls.

This gives it the potential to create a faster and more secure network, with less interference.

With all due respect to that young woman who was so upset with a white boy wearing “her” dreadlocks, what, exactly has come to us from Sub-Saharan-Africa, other than the watermelon? For instance, how can she even bear to drive, when her “people” not only didn’t invent the car, they never discovered the wheel? They were introduced to both inventions by the very white imperialists she so despises now.

And those dreadlocks, honey, that you’re so possessive of? They go far, far back in world culture, well before and beyond Africa (hint: if there’s a Sanskrit term for what you think you invented, you probably didn’t).

My first thought was that this simple essay should be shared with children; then I realized that 90% of our adults would be just as amazed 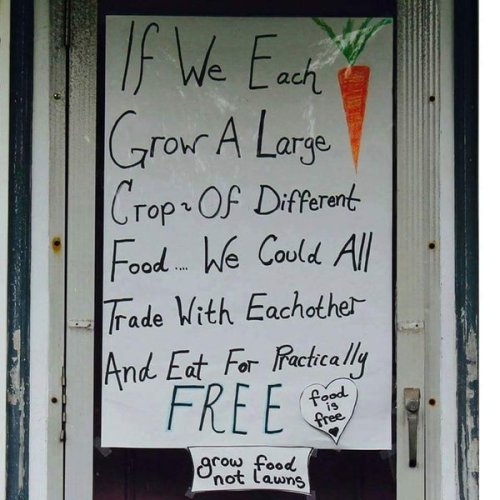 Out of the minds of idiot savants

A hippy discovers  economics, and you’ll never guess what happens next! (Hint: he discovers, or could if he dropped the bong and actually thought about his brainstorm, the concept of division of labor and trade and capitalism).

A post from Facebook has been making the rounds, where I came across it by way of my Federalist colleague Scott Lincicome.

Here’s the mind-blowing argument: “If we each grow a large crop of different food, we could all trade with each other and eat for practically free.”

Well, for one thing, growing your own food isn’t exactly “free,” not even “practically free.” As anyone who has his own vegetable garden knows, it requires seeds, fertilizer, irrigation, weeding, protection from insects and birds and animals, and a lot of work. The cost may not all be measured in monetary terms, but it isn’t free. In fact, it’s notoriously easy for a vegetable garden to end up costing more money than it saves, which is why most of us do it just as a hobby. As one wag summed up this argument: “If we all did a bunch of work we wouldn’t have to work”

But let’s not pick this apart. Let’s take the idea seriously. Hey, what if we all became small farmers and traded with each other? As they say on the Internet: you’ll never guess what happened next.

Maybe instead of everybody growing the same things, we could all produce what we’re best at and trade with others for what we need. We could come up with a catchy name for this, like “division of labor.” And we would need somewhere to exchange these goods with each other, which we could call a “market.”

Maybe we could get even more specialized. Some people could devote themselves just to growing young plants in greenhouses in the spring for others to plant when the weather gets warmer. Or they could provide seeds for other people to use, or breed hybrids with better yields or other desirable characteristics.

And maybe some crops would grow better in different areas, or at different seasons. I’ll bet you can’t grow blackberries in the middle of winter, but there are other areas of the country, or of the world, where these things still grow even when they won’t grow in your front yard. Maybe you could trade with people who live in those places.

Still, crops come ripe at different times, so maybe we need a system where I can trade my spring harvest of peas for somebody else’s fall harvest of pumpkins. Maybe we could write this all down on little pieces of paper which we pass between us to make trades. Has anybody ever thought of that?

What about trading for things other than food, like tools and transportation? I think we’re going to need some medium of exchange, something that can be traded for whatever you need, even if you don’t know ahead of time what it is.

That solves another problem: we can come to an agreement about how many ears of corn can be traded for how many melons, or how many apples can be traded for one ladder. But imagine trying to keep all of those exchange rates in your head and organizing three- and four-way exchanges: corn for melons for apples for ladders. It would be much better to measure everything by one medium of exchange.

It would be the ultimate way of facilitating our little “sharing economy.” It’s like Uber, but for trade.

This Idea Could Change the World

But why stop there. We might find that everybody growing small front-yard gardens isn’t the most efficient way to do it. I mean, we’re trying to figure out how everyone can eat what they want “for practically free,” right? Maybe it would be more efficient for one person who has a lot of land to grow one really huge garden, kind of a like a farm, right? And he could buy really big equipment that could do a lot of work at once. And maybe a bunch of people could work for him, helping to plant the crop and maintain it and harvest it, and in exchange he would give them part of the harvest—or, you know, some of that medium of exchange we’re using.

Maybe if somebody had some of that medium of exchange saved up, they could distribute it to us workers.

Oh, but wait. We’ve got another problem. We can’t all just wait for the harvest to get rewarded for our work. I mean, we’ve got to eat now. Maybe if somebody had some of that medium of exchange saved up, they could distribute it to us workers, and arrange that we would return their savings back to them when the harvest comes in—with a little extra, you know, to make it worth their while to advance it to us.

We’re also going to need some really big machines, like tractors and harvesters, and things like trucks and railroads to ship tools and food back and forth. So maybe we could find people who had savings they could use to build those factories and railroads.

We could call that “capital” and this person who agrees to help us all out would be a “capitalist.”

By now, of course, you’ve caught on to what I’m doing here. If we start with the idea of people growing crops and trading with one another—as if it were some radical new idea, not the way things have worked for about 12,000 years since the invention of agriculture—and we follow it to its logical conclusion, we would end up reconstructing all of modern industrial capitalism.

So the story here is that a hippie accidentally stumbled upon the concepts of division of labor and trade and the science of economics. He came across all of it as if it were some weird new revelation that no one had ever thought of before, because clearly he has never thought about it before (and probably won’t, even now that he has stumbled across it).

They used to teach concepts like this in grade school – now, even universities bar such discussion, lest it distract young minds from the study of colonial oppression of Victorian lesbian contra-dancers.