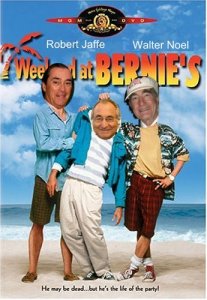 Robert Jaffe has been sued for fraud by the SEC. “Bob” is the son-in-law of Carl Shapiro, the 96-year-old philanthropist who first started Bernie on his way in the 60s, made millions with him and, until recently, was depicted as Bernie’s last victim because he wired $400,000 to Madoff to keep the firm afloat. Now’s there’s some thought that Carl was in on the whole scam and sent the money in to preserve his good name, rather than to help his god friend Bernie. Whatever, perhaps his son in law will rat him out to shorten his own jail sentence.