Pelosi – eliminating the culture of corruption

You don't mean we have corrupt Democrats?!

While our elected representatives attend to the nations’ most pressing matters this week: a Judical Committee hearing on concussions suffered by professional football players, and extension of the coverage of federal hate crime protection to cross-dressers, another battle perks along unnoticed: The Office of Congressional Ethics wants to release its report on two crooked Democrats, Maxine Waters being one of them, while the House Ethics Committee wants them to wait until after the elections (if it’s ever released at all). The OCE, by the way, was created in 2008 by House Democrats to expose and attack the wicked which, they assumed, were all republicans.

Can’t we just throw all of these rotten people out and start anew?

House of Reps orders three new Gulfstream 550s for use in junkets, total cost $200 million.  “No GM executives allowed on my plane,” Pelosi vows, “these are for the People’s servants.”

Tagged as House of Reps gets new jets, Nancy Pelosi

Remember when you voted for “hope and change”?

CONGRESSIONAL QUARTERLY: Pelosi’s Door Revolves for Top Lobbyist. “The revolving door is wide open in House Speaker Nancy Pelosi’s office just two years after she promised to crack down on the practice of congressional aides moving into lobbying shops and then back into government. Pelosi announced Monday that she is hiring one of Washington’s top lobbyists, Richard Meltzer, to be her policy director. It is a position in which Meltzer, a longtime Pelosi friend, is certain to have tremendous input into the shape of legislation affecting the more than 200 clients he represented according to federal lobbying disclosure records.”

When she talked about “draining the swamp,” I didn’t realize she meant, “and refilling it with my friends.”

Comments Off on Remember when you voted for “hope and change”?

Well of course she was

It’s been known at least since the WAPO reported it in 2007, but in the face of continued denials by the Speaker of the House, ABC News is out with the definitive report (by the NSC) that Nancy Pelosi was briefed on waterboarding and other fun interrogation taqctics back in 2002 and didn’t object to their use.  Why do you think that Obama isn’t going after the Bush lawyers who wrote legal memos on the legality of such techniques? Out of a deep concern that filing criminal charges against White House legal advisors would impede their usefulness in the future and create a never-ending witch hunt every time administrations changed? Ha ha ha.

You just can’t file criminal charges against your own party’s Speaker – it’s unseemly.

What’s the difference between Congress and the European Union?

Congressmen have not demanded $7,500 espresso machines on their Air Force jets, so far as I know. Although Air Nancy uses everything it can lay its hands on to service the people’s leader, from 737s to Gulfstreams so who knows how those planes are equipped?

The story here is not so much the abuse of privilege by politicians but the sense of entitlement these people acquire once in power. Dodd thinks he deserves sweetheart mortgage deals because, damn it, he’s in charge of banks! Nancy Pelosi demands a Gulfstream to divert from San Francisco – Washington to New Jersey so that she and her aides can attend a conference at Princeton, Barney Frank uses taxpayer dollars to attend homosexual rights conventions in Spain. Joe Biden reserves a senate seat for his son, European bureaucrats order up espresso machines (and limos and jets and  etc.) and every single one of these people think he deserves it. It’s his right!

You can’t stop this – it’s part of human nature. What we can do is deny so much power to government officials to begin with.

Comments Off on What’s the difference between Congress and the European Union? 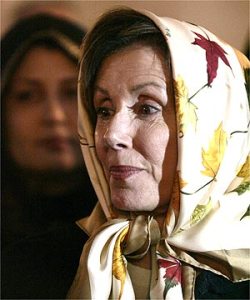 You’ll recall I mentioned last week that Nancy Pelosi, scourge of executives who fly, rather than crawl to audiences before her, Miss Global Warming herself, was stuck in California two weeks ago when her jet was snowed out of Washington’s airport. Now comes this story: she treats the entire fleet of Air Force jets as her personal limo service.

* In response to a series of requests for military aircraft, one Defense Department official wrote, “Any chance of politely querying [Pelosi’s team] if they really intend to do all of these or are they just picking every weekend?…[T]here’s no need to block every weekend ‘just in case’…” The email also notes that Pelosi’s office had, “a history of canceling many of their past requests.”

* One DOD official complained about the “hidden costs” associated with the speaker’s last minute changes and cancellations. “We have…folks prepping the jets and crews driving in (not a short drive for some), cooking meals and preflighting the jets etc.”…

* The documents also detail correspondence from intermediaries for Speaker Pelosi issuing demands for certain aircraft and expressing outrage when requested military planes were not available. “It is my understanding there are no G5s available for the House during the Memorial Day recess. This is totally unacceptable…The speaker will want to know where the planes are…” wrote Kay King, Director of the House Office of Interparliamentary Affairs. In a separate email, when told a certain type of aircraft would not be available, King writes, “This is not good news, and we will have some very disappointed folks, as well as a very upset [s]peaker.”

I do believe that headline says it all. Interesting that the old fraud’s own office wouldn’t confirm what sort of flight – commercial or private – she was on. Not only does the lady fly private every week back and forth across the country, she insisted on an even bigger jet when she assumed leadership of the House. I’ll go find that link now.

Update: Snopes says it’s not true that she requested a larger jet, only that she wanted a jet that could fly non-stop cross country. Whatever, it does make clear that Miss Green flies a private jet specifically reserved for her use – she’s not flying commercial. Who do you think she is, some auto executive?

Update II: here’s what the lady missed: A protest at the Capital’s own coal-burning power plant. And for those readers miffed at me for using a snowstorm as proof that there is no global warming, these idiots are still insisting that snow storms are caused by the same phenomenon.

The protest on energy and climate comes as Washington digs out from its largest snowfall of the season. Organizers note that climate change causes more extreme weather, and they say the issue is important enough that people are willing to brave the cold.

A CIA Predator slammed a missile into a Pakistan compound and killed 28 or so Taliban terrorists. That’s good news but check this out, from the New York Times.

The attack followed the statement in Congress on Friday by Sen. Dianne Feinstein, Democrat of California and the head of the Senate Intelligence Committee, that the pilotless aircraft take off from a base inside Pakistan.

“As I understand, these are flown out of a Pakistani base,” Ms. Feinstein said during a hearing attended by the director of U.S. national intelligence, Admiral Dennis C. Blair. In his testimony, Admiral Blair said that the drone attacks had achieved their goal. “Al Qaeda today is less capable and effective than it was a year ago,” he said.

The drone attacks, especially in the last six months, have increased anti-American sentiment in Pakistan to very high levels. Ms. Feinstein’s acknowledgment that the flights have the tacit support of the Pakistani government is likely to further inflame the protests over the flights. Her statement was prominently covered the Pakistani press Saturday morning.

So I ask, is the woman just a complete, raving idiot or does she disagree with her president’s decision as to how to fight the war and is deliberately sabotaging him? Take our pick – either option is disturbing.

There is no reason why anyone, after watching this brief clip of our leader explaining the stimulus bill, should oppose it anymore. The debate is over!

Obama – Politics, for a change!

House Speaker Nancy Pelosi plans to re-write House rules today to ensure that the Republican minority is unable to have any influence on legislation. Pelosi’s proposals are so draconian, and will so polarize the Capitol, that any thought President-elect Obama has of bipartisan cooperation will be rendered impossible before he even takes office.

I don’t see what the fuss is about – now that the Democrats have eliminated the environment of corruption, placed Charlie Rangel in charge of Ways and Means and Chris Dodd heading the Senate Banking Committee, we’re in good hands. Who needs Republicans or anyone else who isn’t with the program?

Comments Off on Obama – Politics, for a change!