I wonder if Peggy Joseph got comped for this wing ding?

Obummer’s in New York with his rich friends but where’s Peggy?

But do they live on Round Hill Road?

Greenwich Marketing Associates owner Peter Pfabe and his squeeze Heidi Walker  indicted for fraud, spent the loot on a horse farm and vibrators.

UPDATE: Oh my heavens, what a small world. Heidi, Peter and I have communicated in the past concerning Heidi’s unsellable bungalow on Lake Ave. Sounds like Heidi and Jenny should get together.

I was recently forwarded a copy of your description of my house at 69 Lake Avenue in Greenwich, CT.

You are factually incorrect on many points and I demand that you remove all reference of my property on your website. You are falsely communicating information to the public and misleading them. Additionally, you have personally hurt me with your false information and total misrepresentation.

Please let me know when you have removed the item. Also, you falsely posted a comment from my husband. [what the fuck does this mean? Ed] This action is considered unlawful in the State of Connecticut.

I look forward to hearing from you today.

Remember “Global Warming”? When that scare story collapsed the eco-terrorists switched to “Climate Change” and redefined the phenomenon to include any patch of weather that wasn’t blue skies and sunny days. But we still had the hurricanes, those dreaded storms that, stirred up by climate change, were going to ravage our coasts.

We haven’t had a major storm in the six years since Gore won his Oscar on the subject and this year’s season was yet another bust. This will, of course, do nothing to persuade the OWS crowd to reexamine the pabulum they so expensively purchased in college, but the despised white lower class might pause before voluntarily destroying the economy. Maybe.

How slow is the market?

A house at 11 Brown House Road in Old Greenwich sold for $1.665 million in July, 2009. It’s back on today – no improvements mentioned – for $2.050 million.  Hmm. Sellers seem to think prices have improved since 2009 while buyers think prices are down and going lower. This all makes it difficult for agents to effect a sale.

The Lacoff Three go to the mattresses 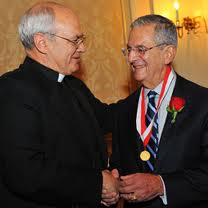 Can't help you now, Father, I've got appointments in Syracuse and Greenwich

They’ve hired PR guru Howard Rubenstein, I hear from a very reliable source. Hiding something or just using the Powerball story to boost their business? Damned if I know. 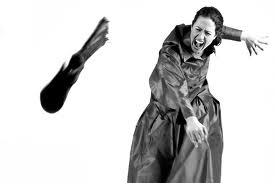 Ain't she cute when she's angry?

You must have a very small dick, I post reply’s [sic] to your site and you do not put them up….little dick has to exert some sort of control cause he was a fucking ugly little boy and now a little dick ugly man who never had friends and could never get a girl until you found your uglier wife.  Your blog is the only way you can feel superior.  Way to go, seems like th 5 other people just like you are the only ones following your blog….you’ve really made something of yourself when you can sit there hiding behind your computer saying things you think you have knowledge about but really have no clue…remember when you were a teenage contemplating suicide cause you were ugly and had no friends, well you should have pulled the trigger…the world would have one less asshole in it….you really promote open dialogue but only with what you want to say.

For What It's Worth
Blog at WordPress.com.