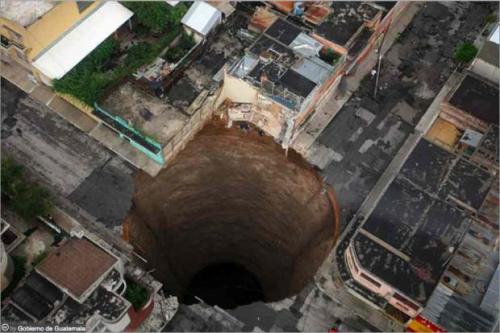 Just stop paying. More and more homeowners are doing just that, and enjoying themselves during the ensuing years it takes for banks to foreclose. You probably have at least two years now, and foreclosures are getting even slower. It’ll probably be four years before too long and if you have a hefty mortgage, that’s a whole lot of cash to put to better use.

He was a no-show, although I don’t think anyone in our town would have desecrated the memory of the dead by booing a live politician; plenty of opportunity for that on other days.

But on that subject, was it appropriate for one marcher to solicit support for the rebuilding of the Old Greenwich Civic Center? It’s a worthwhile cause, but I think it dilutes the point of the ceremony, no? I don’t know – as far back as I remember, people have raised money for the Fourth of July fireworks by marching along with the paraders, and I never thought that wrong, but I guess I’m more sensitive now, in this time of war. I don’t question the person’s good intentions and I wouldn’t say that she demeaned the dead, but I’d hate to see the parade degenerate into a long grey line of fund-raisers.

The toughly worded report said Iran has expanded work at one of its nuclear sites. It also described, step-by-step, how inspectors have been denied access to a series of facilities, and how Iran has refused to answer inspectors’ questions on a variety of activities, including what the agency called the “possible existence” of “activities related to the development of a nuclear payload for a missile.” 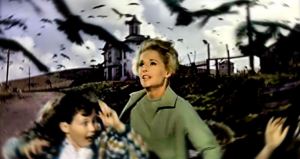 I do love free enterprise

Comments Off on I do love free enterprise 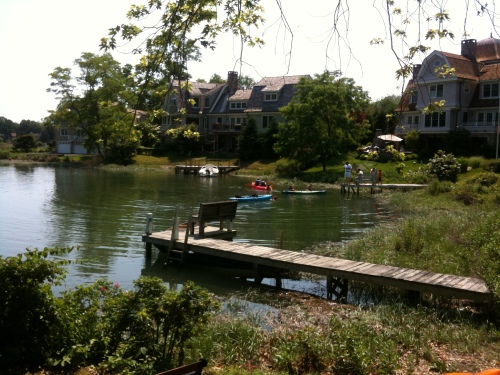 An hour before this shot was taken my neighbors the Beins had launched a flotilla of kids from the dock in the foreground and we must have had fifteen munchkins canoeing and kayaking and having fun. You can’t see him, but there’s a labrador swimming for a tennis ball, too.

Not a bad place to live at all.

IDF forces armed with paint gun pistols when sent to subdue the “peace activists” flotilla. Apparently the top command, looking at a project that was obviously designed as a means of confrontation and not relief for the Palestinians, never considered that there might be anyone other than peace activists awaiting their troops. I think Israel needs a new level of command, pronto.

Not ready for prime time?

A noted law professor looks at the latest effort by our Solicitor General – you know, the lady who’s been nominated to the Supreme Court? – and is not impressed.

What does all this say about Elena Kagan, woman of mystery and Solicitor General until two weeks ago?  Nothing good, I fear.  The brief is at best a hacked-together, please-no-one compromise.  At worst it borders on the unprofessional.

“The Ministry of Silly Bans”

Our children are ruled by idiots. From S. T. Karnick

From our fast-growing “Oh, for #@*’s sake!” file: schools around the nation are banning Silly Bandz, those amusing, inexpensive, rubber wristbands that have become immensely popular among the nation’s children.

This is conclusive proof, if any were yet needed, that the people who run America’s schools hate kids and are utterly power-mad. Time magazine reports:

The Bandz are now contraband. Schools in several states, including New York, Texas, Florida and Massachusetts, have blacklisted Silly Bandz, those stretchy, colorful bracelets that are creeping up the forearms of school kids across the U.S. And starting this week, all 800-some kids at my son’s elementary school in Raleigh, N.C., were commanded to leave at home their collections of rubber band–like bracelets, which retail for about $5 per pack of 24. What could possibly be so insidious about a cheap silicone bracelet?

“It’s a distraction,” says Jill Wolborsky, a fourth-grade teacher at my son’s school, who banned them from her classroom before the principal implemented a schoolwide ban. One student stole some confiscated Bandz from her desk, choosing them over the cash in her drawer.

Students fiddle with them during class and arrange swaps — trading, say, a bracelet with a mermaid for one with a dragon — when they should be concentrating on schoolwork, teachers say. Sometimes a trade goes bad — kids get buyer’s remorse too — and hard feelings, maybe even scuffles, ensue.

Obviously the nation’s educators would be much more comfortable teaching robots, or potted plants.

It’s a never-ending power struggle for “educators”. In the Sixties, they were freaking out over white vinyl go-go boots on girls and tight corduroys and long hair on boys. Every year brings a new fad that drives these autocrats nuts – and in large part, isn’t that the purpose of indulging in them? But fads come and go. By the time our educators eradicate this threat to western civilization it will have already passed and a new threat will loom. The constant vigilance keeps them busy, I suppose.

Libel suits move to the Internet

Businesses don’t like being maligned, especially when the comments are true. So they’re suing.

Do it yourself dentistry

Comments Off on Do it yourself dentistry

She’s got that right

Allison Kaplan Sommer: “Israel appears to have stepped directly into a trap of a carefully planned suicide mission dressed up in the clothing of a humanitarian effort.”

It seems to me that Israel, increasingly isolated, losing the support of its only real ally, the United States, and faced with the prospect of dealing with Iran and its nuclear weapons program all alone, is being driven to ever harsher “solutions”, which only make matters worse. That doesn’t bode well.